President Donald Trump has for the first time acknowledged that a June 9, 2016 meeting at Trump Tower was the latter. But he and his team have offered shifting explanations on what happened. That’s key to special counsel Robert Mueller’s probe into possible ties between the Trump campaign and Russia.

Here’s a look at the details, the Trump team’s shifting explanations of the meeting, and why it matters:

The president’s son, Donald Trump Jr., had high hopes going into the meeting, according to a Senate interview and his own emails. Ahead of it, music promoter Rob Goldstone sent an email to Trump Jr. saying, “The Crown prosecutor of Russia met with his father Aras this morning and in their meeting offered to provide the Trump campaign with some official documents and information that would incriminate Hillary (Clinton) and her dealings with Russia and would be very useful to your father.” In agreeing to the meeting, the younger Trump told Goldstone, “(I)f it’s what you say I love it.”

Trump Jr. and other campaign figures, including Jared Kushner, the president’s son-in-law, and then-campaign chairman Paul Manafort, attended the meeting with high expectations. At the center of the session: Russian lawyer Natalia Veselnitskaya and others with Russia connections.

It is illegal for a campaign to accept help from a foreign person or government. The U.S. intelligence community, members of Congress in both parties and even Trump have acknowledged that Russia interfered in the 2016 presidential election. Mueller is probing whether anyone connected with the president’s campaign conspired with Russia to tip the election in Trump’s favor. He’s also looking at whether Trump’s tweets, statements and other actions amount to an attempt to obstruct the investigation. 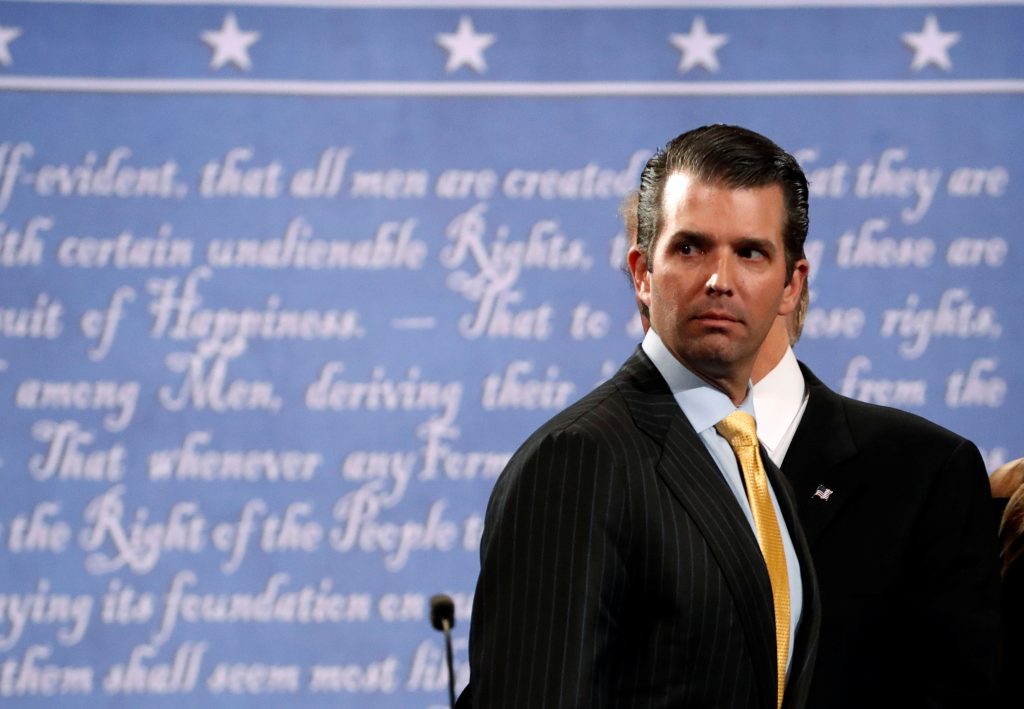 At minimum, the meeting raises counterintelligence concerns for investigators trying to determine foreign efforts to penetrate an American political campaign or sway public policy. But there are potential criminal concerns as well. Federal campaign finance law makes it illegal for a political campaign to accept a “thing of value” from foreign nationals, and it’s possible that opposition research — though not in and of itself illegal — could be considered in that category for these purposes.

“It depends on motives and knowledge at the time of the meeting. Willfully soliciting a foreign contribution is a crime,” Rick Hasen, a campaign finance expert and law professor at the University of California, Irvine, said in a statement. “You have to know you are doing something illegal and the courts would have to consider the opposition research from Russian agents a ‘thing of value’ for campaign finance purposes.”

EXPLANATION 1: IT WAS ABOUT ADOPTION

Donald Trump Jr. said in a July 8, 2017, statement to the New York Times that the meeting participant “primarily discussed a program about the adoption of Russian children.” The statement does not mention that he was promised damaging information about Clinton.

EXPLANATION 2: IT WAS ABOUT HILLARY CLINTON

A day later, the paper reported that Trump Jr. was promised damaging information about Clinton at the meeting. Trump, Jr., issued a second statement that read in part: (T)he woman stated that she had information that individuals connected to Russia were funding the Democratic National Committee and supporting Mrs. Clinton.” He added that “No details or supporting information was provided or even offered.” A few days later, Trump Jr., tweeted an image from an email chain he said disclosed his interest in getting incriminating information on Clinton from the “Russian government lawyer.”

EXPLANATION 2a: IT DOESN’T MATTER

The Trump camp maintains that it doesn’t matter anyway, because information on Clinton was never delivered by the Russians, or received by the campaign, in the meeting.

WHO WROTE THOSE EXPLANATIONS? 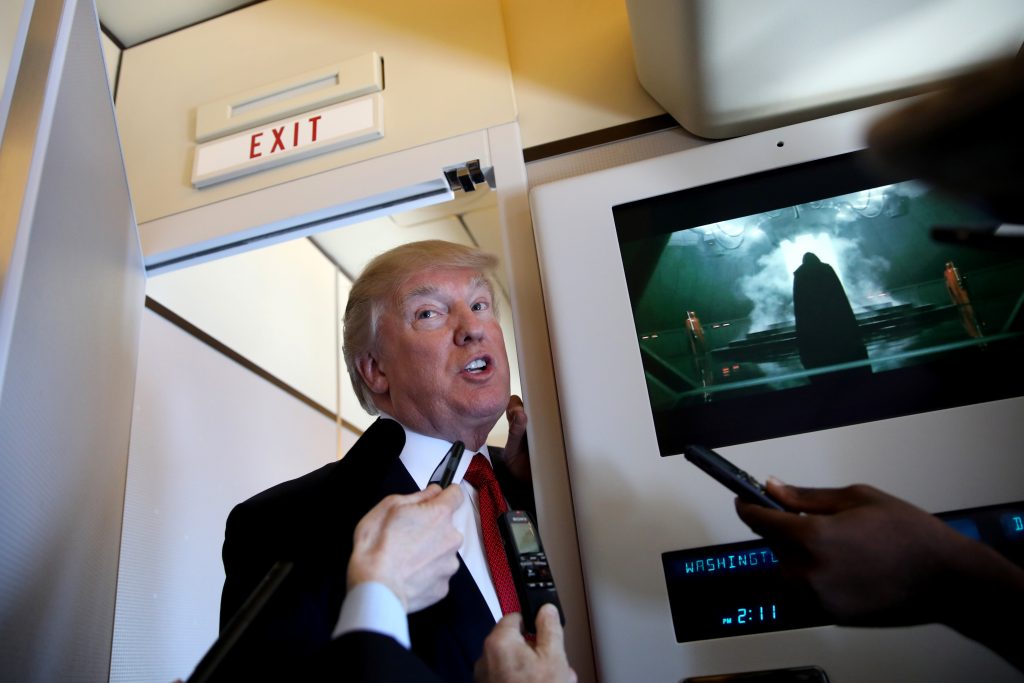 President Donald Trump talks to journalists, members of the travel pool, on Air Force One. File Photo by REUTERS/Carlos Barria.

The Times reported that the president “signed off” on his son’s statement, but Trump’s lawyer, Jay Sekulow, repeatedly denied that through the rest of that month. On July 31, 2017, The Washington Post reported that the president “personally dictated a statement in which Trump Jr. said that he and the Russian lawyer had primarily discussed a program about the adoption of Russian children” at the Trump Tower meeting.

DID TRUMP DICTATE HIS SON’S STATEMENT?

In January this year, Trump lawyers John Dowd and Sekulow wrote to Mueller, in part, that “the president dictated a short but accurate response to the New York Times article on behalf of his son, Donald Trump Jr.” Dowd subsequently resigned from the Trump team. Sekulow said this past weekend that he had been acting on “bad information” at the time.

The president appeared to change his story in a Sunday tweet in which for the first time he confirmed that the Trump Tower meeting was supposed to produce dirt on Clinton.

The president appeared to change his story in a Sunday tweet in which for the first time he confirmed that the Trump Tower meeting was supposed to produce dirt on Clinton.

“This was a meeting to get information on an opponent, totally legal and done all the time in politics – and it went nowhere,” said Trump. He went on to distance himself from Trump Jr. and the meeting: “I did not know about it!”

QUESTIONS ABOUT A CALL

Whatever his explanation, Trump has consistently said he didn’t know about the Trump Tower meeting.