Foreign payments, unregistered lobbying and other activities that led to Paul Manafort’s indictment

Before Paul Manafort’s brief stint as Donald Trump’s campaign chairman, he was a political consultant with more than a decade of deep ties to Ukraine and Russian interests.

It was scrutiny over that work that forced him to step away from the campaign weeks after the 2016 Republican National Convention. And it was his relationships with foreign leaders and governments, not necessarily his ties to Trump, that led special counsel Robert Mueller to indict him on a range of charges — from money laundering to conspiracy against the U.S. to tax crimes, among others — as part of the investigation into Russian meddling in the 2016 election.

Manafort faces two separate trials for these charges, one in Virginia and the other in the District of Columbia. Jury selection and opening statements for his Virginia trial took place today.

As the trial gets underway, here’s a look, in order of events, at what we know about Manafort’s political consulting work with Ukraine and other foreign actors. (You can find more in our giant timeline of everything Trump, Russia and the investigations.)

Sometime in 2005: Manafort begins working in Ukraine, consulting for leader Viktor Yanukovych, whose 2004 victory had just been overturned by the court amid accusations of fraud. With Manafort’s help, Yanukovych mounted a comeback, which also opened up more opportunities for Manafort, as the New York Times details here. Manafort will go on to consult for Yanukovych and his party for nearly a decade.

June 2005: Around this time, Manafort pitches a plan to Oleg Deripaska, a wealthy Russian business leader and close ally of Russian President Vladimir Putin. Manafort’s strategy is to “influence politics, business dealings and news coverage inside the United States, Europe and former Soviet republics to benefit President Vladimir Putin’s government,” according to the Associated Press, which obtained documents from that pitch as well as later contracts.

2006: Deripaska and Manafort sign a $10-million-a-year contract that appears to be linked to that plan, according to the Washington Post. 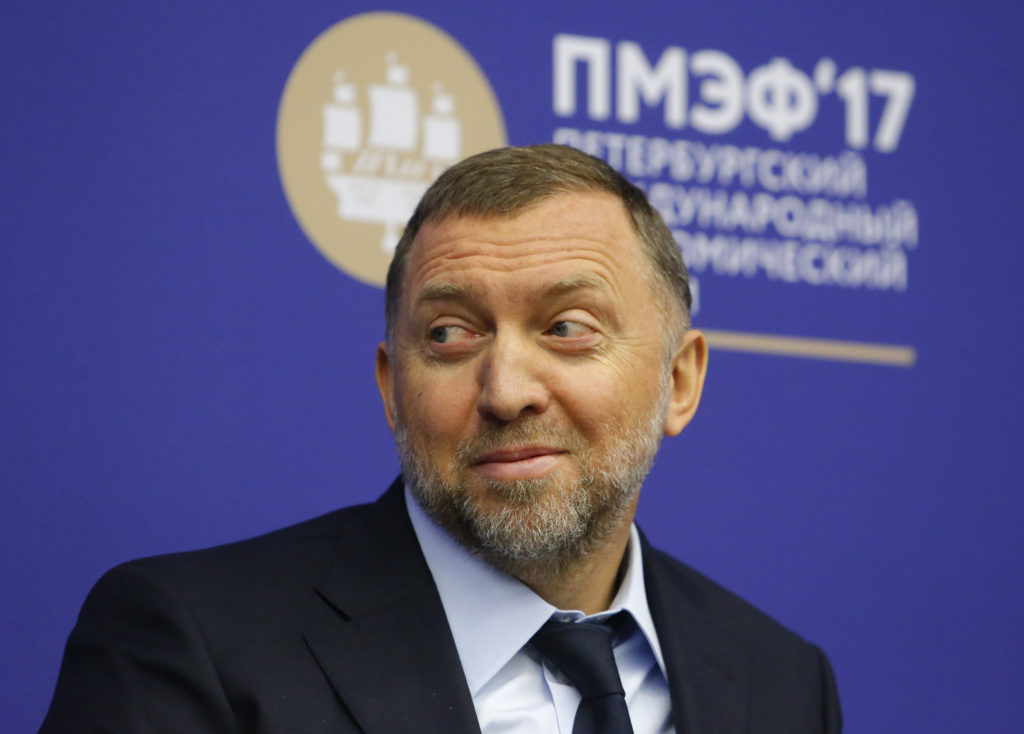 2007: Manafort sets up a Cayman Islands-based company to buy Ukrainian assets. One of his two partners is Rick Gates, who will later be indicted with Manafort but agree to cooperate with Mueller. Manafort asks Deripaska to invest, according to the New York Times.

2009: Manafort’s relationship with Deripaska continues through at least this year, according to the Associated Press.

2012-2014: Manafort earns $17.1 million through this consulting over the course of two years, according to the Washington Post, but does not disclose this as required by the Foreign Agents Registration Act until June 2017.

In 2013, European politicians retained by Manafort are paid to direct lobby members of Congress and the Obama administration, according to Mueller’s indictment.

2012: According to Mueller’s indictment, Manafort and Gates solicit two D.C.-based firms to lobby in the U.S. on behalf of Yanukovych and his party and the government of Ukraine as a whole. In return, they secretly pay these firms $2.2 million through a newly-created nonprofit called the European Centre for a Modern Ukraine, the Associated Press reported. These firms do not register as required with the Department of Justice, Mueller’s team says.

2012-2013: Manafort, Gates and Russian-Ukrainian political consultant Konstantin Kilimnik “secretly retain a group of former senior European politicians to take positions favorable to Ukraine, including by lobbying in the United States,” according to Mueller’s indictment. They are known as the “Hapsburg group.” The politicians appear to be offering their personal assessments of Ukraine, when in fact they are paid lobbyists, Mueller alleges: Manafort wires more than 2 million euros to these politicians from offshore accounts.

2013: The “Hapsburg group” also directly lobbies members of Congress and the Obama administration, according to Mueller’s indictment. 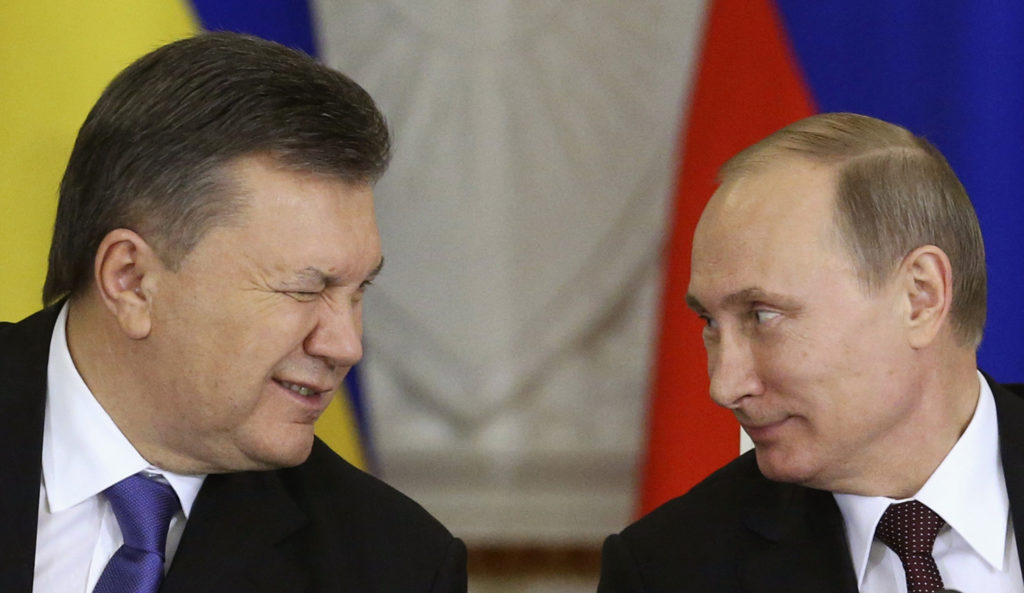 Ukrainian President Viktor Yanukovich (L) gives a wink to his Russian counterpart Vladimir Putin during a signing ceremony after a meeting of the Russian-Ukrainian Interstate Commission at the Kremlin in Moscow, December 17, 2013. REUTERS/Sergei Karpukhin

2014: Sometime this year, the FBI obtains a FISA wiretap warrant for Manafort as part of an investigation into his work with Ukraine, according to CNN.

2014: Deripaska accuses Manafort of taking $19 million in investments from the Cayman Islands venture and failing to respond to questions about what happened to the money. “It appears that Paul Manafort and Rick Gates have simply disappeared,” he wrote in a court filing. Deripaska continues to chase down these funds into 2015, the Washington Post reported, “seven years after [he] requested his money back.”

Sept. 2014: Weeks before a snap parliamentary election, Manafort flies to Ukraine to rebrand Yanukovych’s former party. The Oppo Bloc, as Manfort renames it, regains power. Manafort’s work at this time was funded by Serhiy Lyovochkin, Yanukovych’s former chief of staff, according to the New York Times. It’s not clear how much Manafort earns from this relationship, but it takes place before he registers as a foreign agent. It’s also unclear when or whether Manafort’s work for this client ends, the Times reported.

2016: The FISA wiretap warrant for Manafort ends sometime this year, according to CNN. 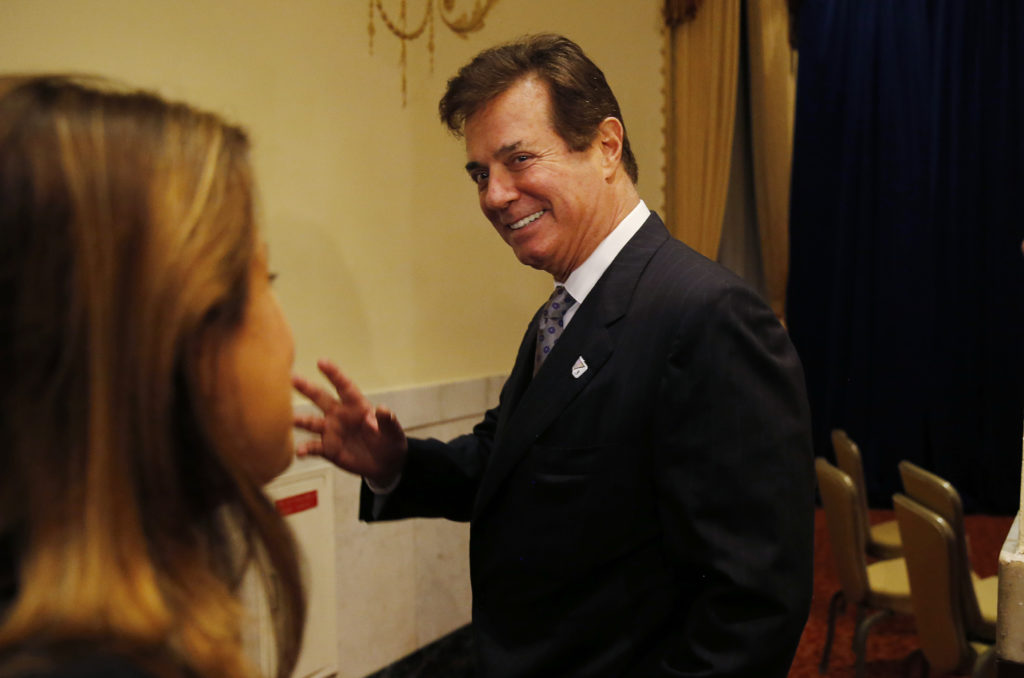 Paul Manafort, then a senior aide to Donald Trump, waves goodbye to reporters in April 2016 after Trump delivered a foreign policy speech at the Mayflower Hotel in Washington, D.C. REUTERS/Jim Bourg

2016-2017: The FISA wiretap restarts under a second warrant sometime in 2016 and continues through early 2017, according to CNN. Agents intercept several calls between Russian officials and Trump campaign aides, including Manafort, according to the New York Times.

May 5, 2016: On or around this date, Manafort meets with Russian-Ukrainian political consultant Kilimnik.

June 9, 2016: Manafort, Donald Trump Jr., and Jared Kushner meet with a Russian lawyer and other officials at Trump tower.

Summer 2016: Politico says that during this time, Manafort and his daughter receive text messages that appear to come from a Ukrainian contact. The contact appears to threaten blackmailing Manafort over information the contact claims to have on Manafort and Trump.

Aug. 14, 2016: A secret ledger uncovered by Ukraine’s anti-corruption bureau and reported by the New York Times shows that from 2007 to 2012, Manafort received $12.7 million in previously undisclosed payments from Yanukovych’s party. It’s not clear what exactly these payments were for. 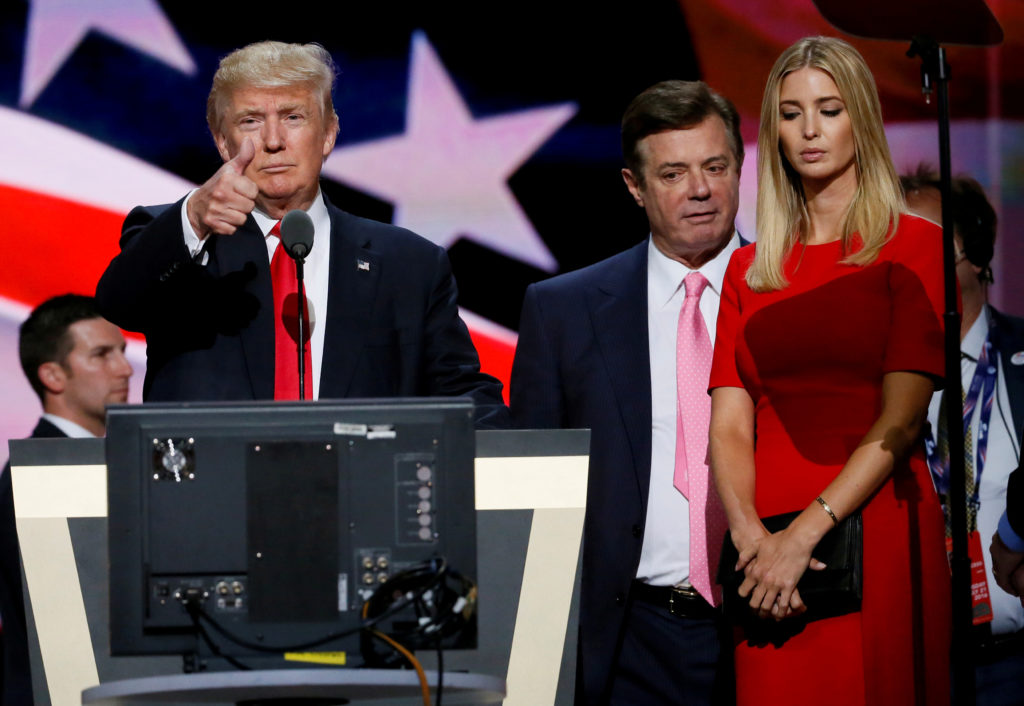 Aug. 19, 2016: Manafort resigns from the Trump campaign amid scrutiny over his work for foreign agents.

Nov. 2016 to Jan. 2017: Manafort receives $16 million in loans from a former Trump aide’s bank, according to the Wall Street Journal.

March 20, 2017: Then-press secretary Sean Spicer tries to distance Trump from Manafort, saying he had a “very limited role” in the campaign — a claim Politifact later rates as false.

March 22, 2017: New evidence of payments to Manafort for his work in Ukraine emerge — specifically, a 2009 invoice for hundreds of thousands of dollars in computer equipment. Manafort suggests the documents are false.

A New York Times report in July 2017 suggests Manafort owed as much as $17 million to pro-Russia interests before he joined Trump’s campaign.

June 27, 2017: Manafort retroactively registers as a foreign agent for his work in Ukraine.

July 19, 2017: A New York Times report suggests Manafort owed as much as $17 million to pro-Russia interests before he joined Trump’s campaign. A Manafort spokesman says those debts are “stale and do not purport to reflect any current financial arrangements.”

July 25, 2017: Manafort appears before the Senate Intelligence Committee to answer questions about the 2016 Trump Tower meeting.

Aug. 2, 2017: Manafort submits hundreds of pages of documents to the Senate Judiciary Committee.

Oct. 30, 2017: Manafort and Gates are indicted by Mueller on 12 counts of money laundering, conspiracy against the United States, failing to register as an agent of a foreign principal and other charges. (This is the focus of the D.C. case).

Feb. 22, 2018: Mueller brings another indictment against Manafort and Gates, this time for 32 counts of tax and bank fraud. (This is the focus of the Virginia case). 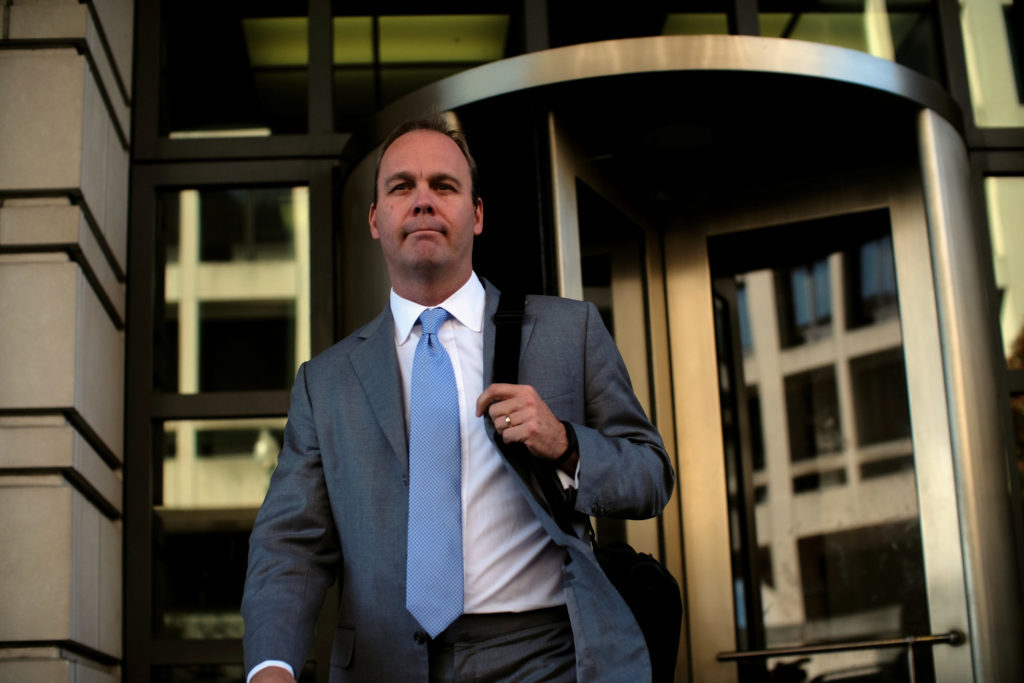 Feb. 23, 2018: Gates strikes a deal with Mueller to become a cooperating witness. In return, he enters a guilty plea on two lesser charges.

Feb. 23-April 2018: Mueller says Manafort and Kilimnik tried to interfere with witnesses during this time.

June 8, 2018: Mueller files an obstruction of justice indictment against Manafort and Kilimnik.

June 15, 2018: Because of the witness tampering indictment, a federal judge orders Manafort out of house arrest and into jail.

The PBS NewsHour’s Lisa Desjardins reported for this story. Read the complete timeline of everything Russia, Trump and the investigations here.