CHARLOTTESVILLE, Virginia — To Chad Broeker, a pawn shop manager in Charlottesville, Virginia, special counsel Robert Mueller’s report is old news. “I’m so over it,” Broeker, a self-described independent, said in a recent interview at his store. “Look at the millions of dollars they wasted on this thing, and for what?” he added. “Let’s move on.”

Lisa Bogan, a waitress at a nearby restaurant, said she sees things differently. “I care that the investigation continues because I do not think that [President Donald Trump] was innocent,” said Bogan, also an independent, who lives in Buckingham County, which voted twice for Barack Obama but flipped to Trump in 2016. “I want to see him taken down for his actions.”

Democrats and Republicans in Washington, D.C., have gone to their political corners since Attorney General William Barr released a redacted version of Mueller’s report on Russia’s role in the 2016 election, arguing over whether to continue investigating the president or move on to other issues. The latest battle will take place this week, when Barr testifies before Congress on his handling of the report.

Outside the Beltway, voters appear just as divided as Congress they watch the fight over the Mueller report play on Capitol Hill.

Outside the Beltway, in Charlottesville and other parts of Virginia’s 5th Congressional District, which stretches from the northern Virginia suburbs to the North Carolina state line, voters appear just as divided as they watch the fight play out up the road on Capitol Hill.

Nationally, the district is best known for the violent protests that stemmed from a white nationalist rally in Charlottesville, which became a flashpoint for racial tension and political divides in the Trump era. But it’s also a Republican district that includes a mix of independents and suburban voters — the kind of district Trump relied on in 2016 and that he’ll need to win again to secure reelection in 2020.

The House seat is “reflective of broader national trends,” said Kyle Kondik, the managing editor of Larry Sabato’s Crystal Ball at the University of Virginia’s Center for Politics. The district’s “rural areas are becoming much more Republican, but [the] suburban areas are becoming more Democratic.”

In Stanardsville, a town of less than 400 residents not far from Charlottesville and roughly two and a half hours from Washington, Republican Mayor Gary Lowe said most residents he talks to want Congress to stop dwelling on the Mueller report.

“It’s time for them to do something about immigration, about taxes, about deregulation,” Lowe said of lawmakers. “We need to get the people’s business done up there.”

Residents “differ vastly on national issues” but mostly agree on local matters, Lowe said, including the need to improve infrastructure to accommodate the region’s growing population.

Alan Pyles, a Republican and the owner of the Lafayette Inn and Restaurant in Stanardsville, echoed Lowe’s frustrations.

“I think the frustration is, there’s something like 330 million citizens and our Congress is really focused on one person,” Pyles said, referring to Trump. “What’s the end game here?”

In neighboring Nelson County, Tommy Harvey, an independent who owns a gas station and auto repair shop, said he wasn’t familiar with the details of the Mueller report.

“I’m not reading every page of it, I’m just taking in what I hear on Fox,” said Harvey, who serves on the county’s board of supervisors. “There’s nothing there. Why would you continue [to investigate the president]?” Harvey added: Congress hasn’t “done anything for us, all they’re doing is sitting there fighting each other.”

Elsewhere in Nelson County, which voted for Obama in 2008 and 2012 and then backed Trump in 2016, some Democrats said Congress should continuing investigating the president and remove him from office. “You need to impeach him. Definitely need to get him out of there,” said Carroll Nappier, a cattle farmer. 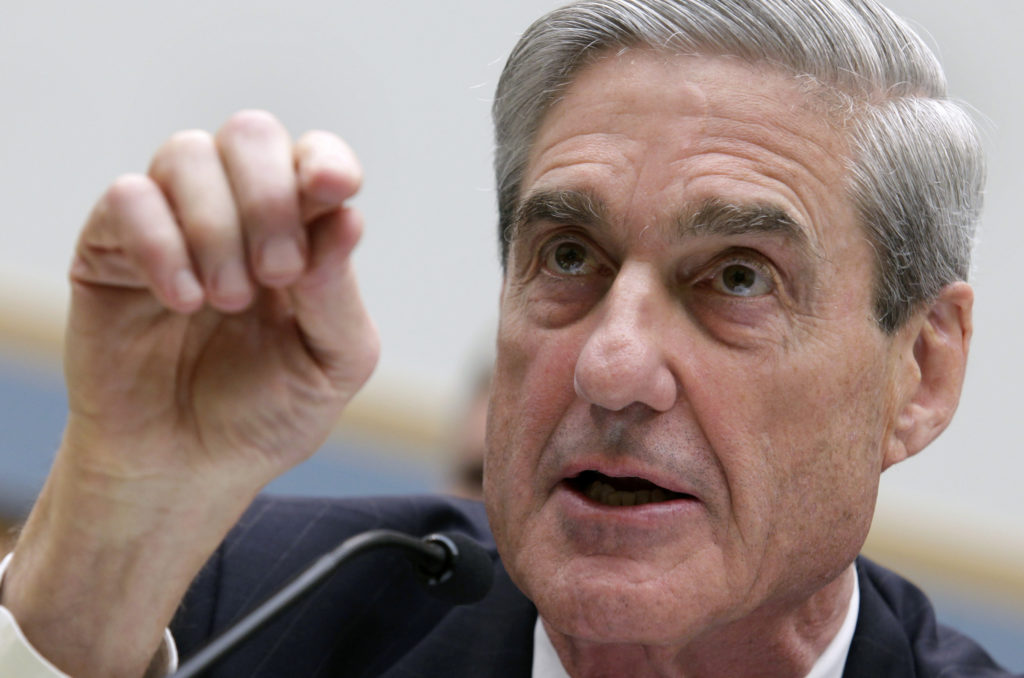 In his report, Mueller concluded that the Trump campaign did not collude with Russia to interfere in the 2016 election. Mueller did not draw a conclusion on whether Trump obstructed his investigation, though he presented evidence of several instances in which the president tried to influence the probe. Barr concluded that there was not enough evidence in the report to say that Trump obstructed justice.

But the attorney general has drawn criticism for his conclusion — including from Democrats in the Senate and House set to grill him on Wednesday and Thursday, respectively, in back-to-back hearings on Capitol Hill.

Some Democrats have argued that Mueller left the door open for Congress to continue investigating Trump, pointing to a line in the report in which the special counsel noted that the constitution grants Congress the authority to investigate potential wrongdoing by the president.

In Virginia’s 5th Congressional District, several Democratic voters said Congress could scrutinize Trump’s actions in office while also carrying out legislative work at the same time. As Atieno Bird, a Democrat who lives in the Charlottesville suburb of Crozet, put it, Congress should “be tireless and do it all.”

Matthew Holt, a realtor in Scottsville, agreed. Lawmakers can “investigate [the president] while continuing to create legislation,” he said.

Despite the district’s stark blue-red divide on the Mueller report, its House seat remains solidly Republican. The seat had been more competitive before the district’s lines were redrawn after the 2010 census, said Geoffrey Skelley, an elections analyst at FiveThirtyEight. After the redistricting, the district lost the city of Martinsville, which leaned left, and gained rural areas that tend to vote Republican.

“Those slight tweaks to the lines, and the fact that there hasn’t been an environment quite like 2008 in terms of turnout, has made it easier for Republicans to hold on to the district,” Skelley said.

Kondik, of the University of Virginia’s Center for Politics, said the district is not projected to be a battleground in 2020.

But in 2018, Republicans lost more districts in Virginia — and across the country — than the GOP had initially anticipated, driven by larger-than-expected turnout from liberal suburban voters and other core parts of the Democratic Party base. And while Virginia overall has drifted blue in recent elections, it remains an important purplish-swing state for both parties.

Back in Charlottesville, several voters said they’ve followed the Mueller report carefully. But they had mixed views on where things go from here.

Mueller’s report does “not sit well with me, and I don’t think it should sit well with any voter, Republic, Democrat or independent,” said Evan Covington, a Democrat studying business at the University of Virginia. “I think that he absolutely needs to be held accountable.”

John Wilson, a civil engineer who describes himself as a political independent, had a different take on what Congress should do: “Settle it with the election,” he said.

“I think that the American people are the ones who [should] make the decision” about Trump’s presidency, said Ethan Miller, a Charlottesville lawyer who said he read the full report. “I think Congress should just stay out of it.”

Left: Outside the Beltway, voters in Virginia's 5th Congressional District are divided about the Mueller report's impact on President Donald Trump, and how Congress should respond. File photo by REUTERS/Carlos Barria