Republican incumbent Sen. Cindy Hyde-Smith will hold onto her seat after defeating Mike Espy, who would have become the first Black man to serve Mississippi in the Senate since Reconstruction. 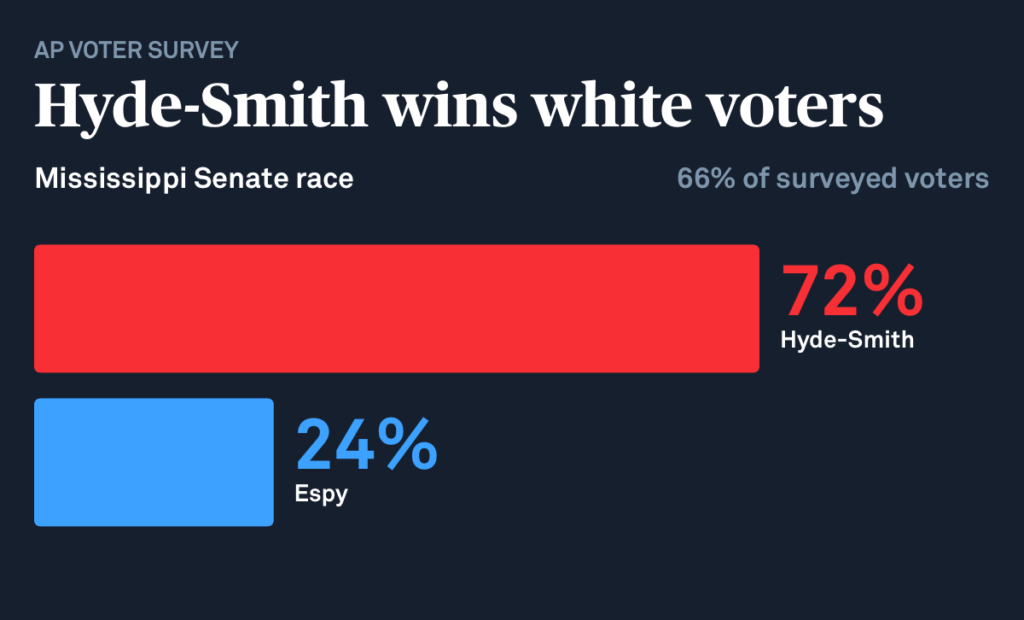 Hyde-Smith won support from 72 percent of white voters, who make up a larger share of the electorate, while 95 percent of Black voters backed Espy, according to the Associated Press’ VoteCast survey preliminary data.

Forecasts had favored Hyde-Smith to win. Before the polls closed, FiveThirtyEight suggested her chances of winning were 88 out of 100. 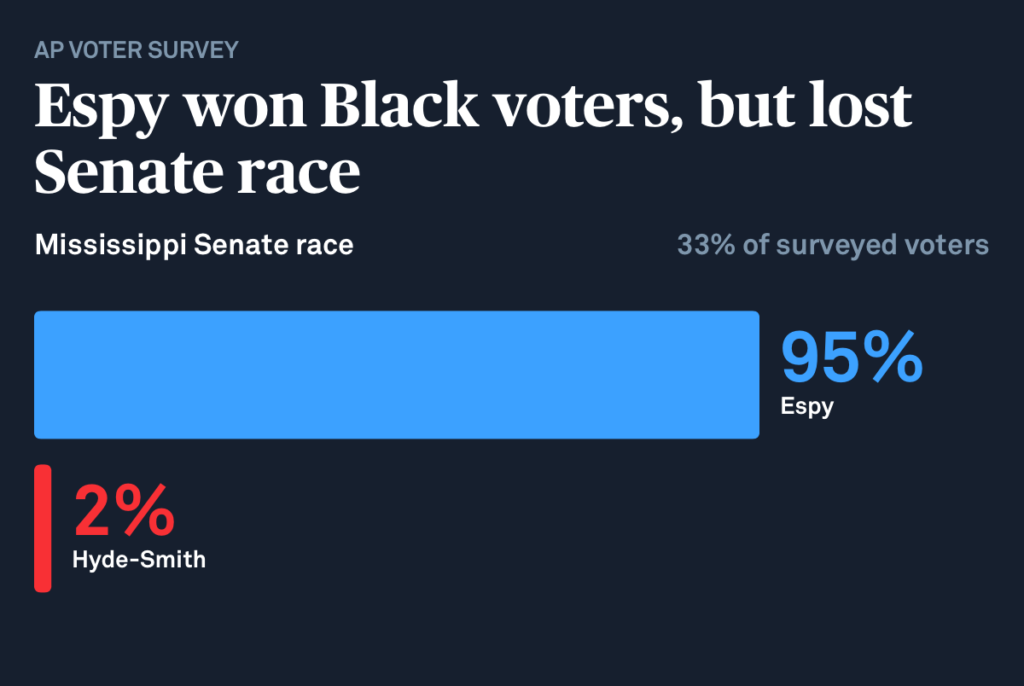 Espy, former secretary of agriculture under the Clinton administration, first campaigned in 2018 against — and lost to — Hyde-Smith after the death of long-time Sen. Thad Cochran left the seat open. Hyde-Smith stirred national controversy that year after footage of her at a campaign rally revealed her saying that if she were invited to a public hanging, “I’d be on the front row.”