Why the Australia-US refugee deal is contentious

SYDNEY — Amid the drama over a refugee resettlement deal between Australia and the United States, the White House has issued a series of conflicting statements on whether the agreement is still on, how many refugees it involves, and who, exactly, are the refugees. A look at what’s at stake. 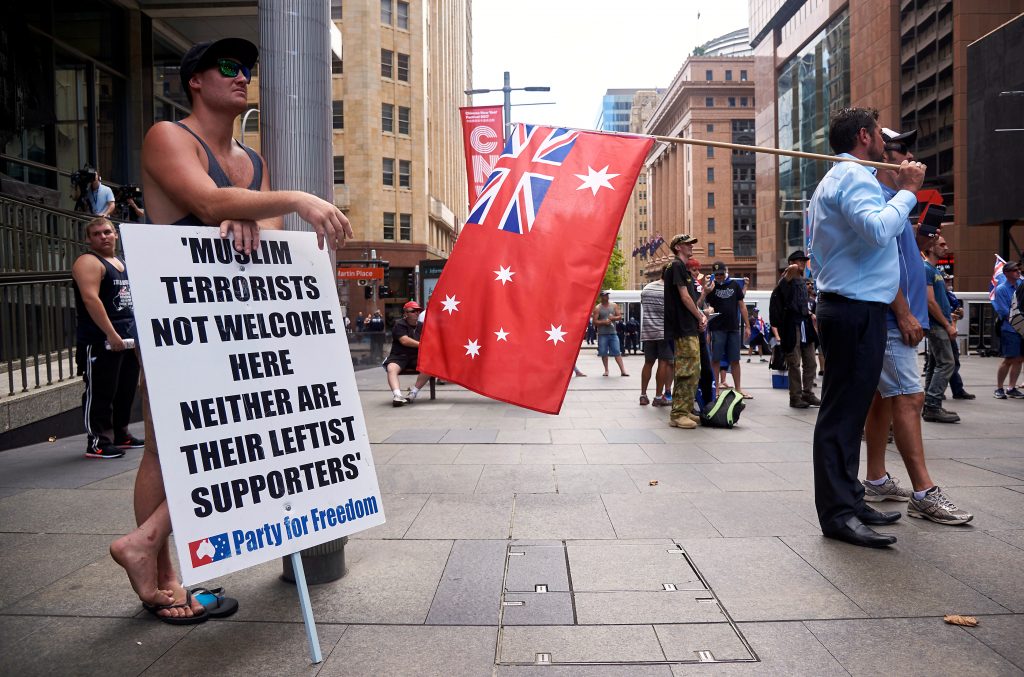 Under the Obama administration, the U.S. agreed to resettle a group of refugees who are being held at detention camps on the impoverished Pacific island nations of Nauru and Papua New Guinea.

The Australian government pays both countries to house the refugees, because it refuses to settle any of them in Australia. That has resulted in many of them languishing inside the detention facilities for years. The conditions at the camps are grim and reports of detainees suffering abuse and attempting suicide are frequent.

UNCLEAR HOW MANY ARE GENUINE REFUGEES

President Donald Trump has repeatedly described the refugees as “illegal immigrants” and said in a tweet that there are “thousands” of them. The refugees are, in fact, among around 1,250 asylum seekers who were transferred to the island detention centers after being intercepted while trying to reach Australia by boat.

Another 370 who came to Australia for medical treatment and then refused to return to the islands are also eligible for resettlement to the United States. Australia will not say how many of the asylum seekers have been deemed genuine refugees, and thus it’s unclear exactly how many refugees the U.S. agreed to ultimately accept.

Most of the asylum seekers come from the Middle East, Africa and Asia. Australia’s previous center-left government called them “irregular maritime arrivals,” because a refugee can legally seek asylum in a country such as Australia that is a signatory to the United Nations Refugee Convention — which calls on nations to take in people fleeing war.

The current conservative government changed the terminology to “illegal maritime arrivals,” presumably because people smuggling is illegal and most pay people smugglers to ferry them to Australia.

THEIR PREFERED DESTINATION IS AUSTRALIA 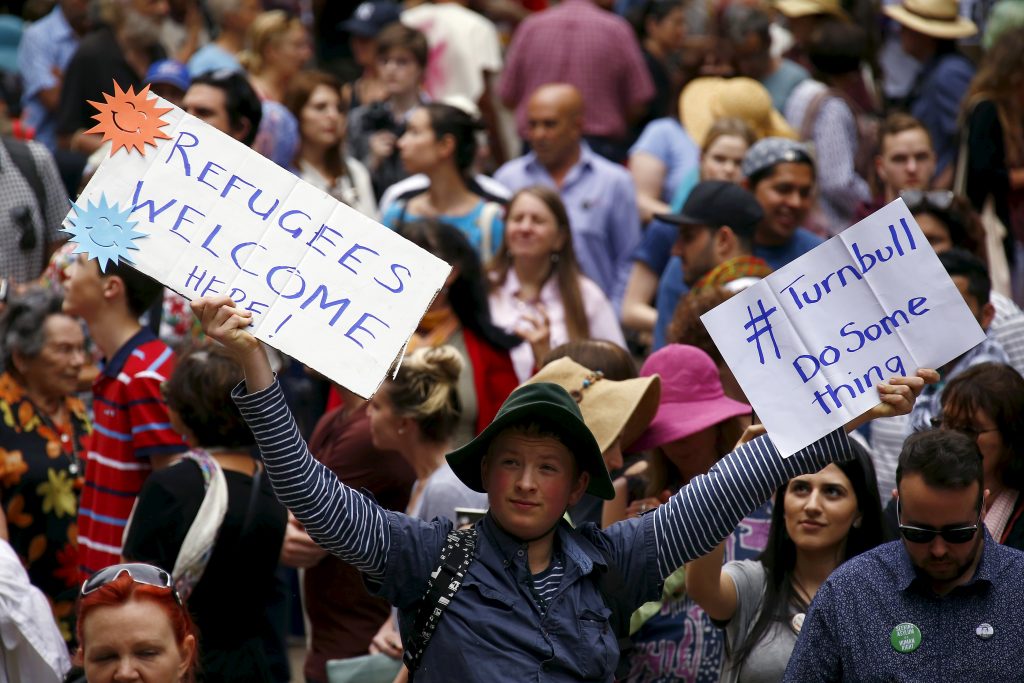 Demonstrators hold aloft placards during a 2015 rally in support of refugees that was part of a national campaign in central Sydney, Australia. Photo by REUTERS/David Gray.

Asylum seekers who attempt to reach Australia by boat generally travel to Indonesia, where people smugglers jam them into overcrowded, barely seaworthy vessels that then head south to Australia.

In 2013, Australia imposed tough policies toward asylum seekers in a bid to discourage the dangerous and often deadly journeys. Under the strict rules, any asylum seeker who tries to reach Australia by boat can never be settled in Australia, and is instead sent to the detention camps on Nauru and Papua New Guinea where their refugee claims are assessed. Prior to the U.S. deal, the only option given to those deemed genuine refugees was for them to resettle in Papua New Guinea or Cambodia.

Few refugees have accepted those offers, opting instead to remain in detention in the hopes that Australia will eventually take them in.

Over the weekend, Prime Minister Malcolm Turnbull and Trump had a tense telephone call in which they discussed the agreement.

On Monday, Turnbull told Australians that Trump had vowed during the call to honor the deal. But a report from The Washington Post that subsequently emerged suggested the agreement might be in doubt.

The newspaper reported that during the call, Trump ranted to Turnbull that it was “the worst deal ever.” Shortly after that report was published, Trump took to Twitter to slam the agreement as “dumb” and said he would review it. Meanwhile, the State Department offered reassurance that the agreement would, in fact, stand — “out of respect for close ties to our Australian ally and friend.”

Do you believe it? The Obama Administration agreed to take thousands of illegal immigrants from Australia. Why? I will study this dumb deal!

White House spokesman Sean Spicer also confirmed that Trump had agreed to honor the deal, though he said all the refugees would be subjected to “extreme vetting.”

Later, Trump told reporters that he has to “respect” actions of the previous administration, yet quickly added: “But you can also say, ‘Why are we doing this?'”

Spicer then gave another press conference in which he said that Trump was “unbelievably disappointed” in the agreement and had “agreed to continue to review that deal.”

On Thursday, a Trump administration official described the president as “very strong” in the phone call with Turnbull and said it had ended early, after about 30 minutes.

But on Friday, Trump tweeted, “Thank you to Prime Minister of Australia for telling the truth about our very civil conversation that FAKE NEWS media lied about. Very nice!”

Thank you to Prime Minister of Australia for telling the truth about our very civil conversation that FAKE NEWS media lied about. Very nice!