Why are longshot Democrats still running for president?

A presidential campaign is long, bruising war fought with a particular alchemy of ideas and charisma. But in the end, only one can prevail.

The Democrats’ record-breaking field has been culled further by stricter criteria to participate in the next debate in September. Only 10 candidates will be on the stage Sept. 12 in Houston. But while a few other candidates have read the tea leaves and dropped out, 10 who haven’t are still holding on. What is motivating them to keep up the fight?

Some are just holding onto hope. Ohio Rep. Tim Ryan, who failed to meet both the polling and fundraising criteria outlined by the DNC and hasn’t gotten above 1 percent support in any poll since announcing his campaign in April, will focus instead on “old school tactics like taking our message directly to the voters and caucus-goers in the communities of the early states,” his campaign said in a statement.

READ MORE: History says the odds are against repeat presidential candidates like Biden and Sanders. Here’s why

Matt Paul, an Iowa Democratic strategist who ran Hillary Clinton’s winning caucus operation in 2016, said having so many lower-polling candidates continue to campaign despite an emerging top tier is hard for the party, but he also warns against following the “conventional wisdom” around polls at this point. For those candidates who stay in the race and have not broken into the top tier, Paul said focusing on early states rather than running in all 50 states is the best option.

“You can run a smart, authentic operation [in early states] and catch the attention and prove to people that you’re presidential,” Paul said. “Things can change quickly.”

Some candidates focus much of their time on the campaign trail promoting a single issue they care about to maximize the attention of the national stage. Ryan spends time talking about the struggles of working class Americans. Washington Gov. Jay Inslee, who dropped out last week, centered his campaign on combating climate change. New York Sen. Kirsten Gillibrand, who ended her campaign Wednesday, focused on women’s issues. 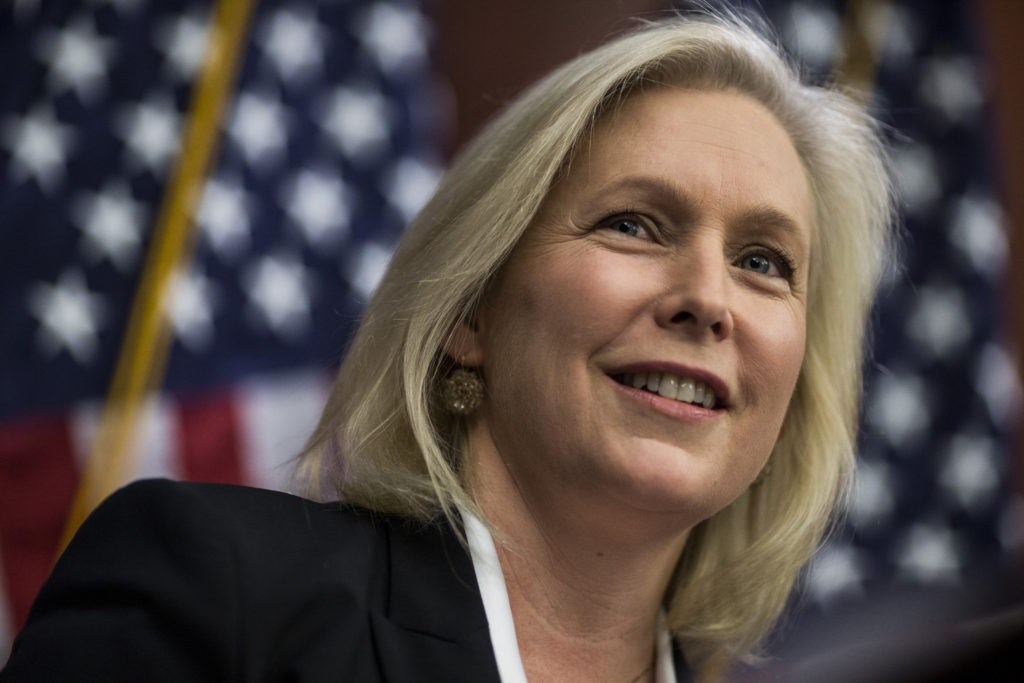 “Some of the candidates in the field believe that they have a message that needs to be incorporated into Democratic messaging for 2020,” Amy Walter of the nonpartisan Cook Political Report said. Running for president gives them a “national platform and national access that they would never have by just being a United States senator. It’s sort of a win-win in that sense.”

Financial resources evaporate quickly after a candidate misses the chance to appeal to the millions of viewers who tune in to the debates. The drop can quickly put a strain on campaigns that are still trying to make it onto the ballot in primaries next year. Some states require thousands of dollars in fees to be included, while others require thousands of signatures from registered voters, which are expensive for campaigns to collect.

“Not being on the debate stage is a problem,” Paul said. Campaigns that start to have cash flow problems have to “stay as lean as possible” in order to stay competitive and remain in the race until the Iowa caucuses and New Hampshire primary in early February.

Campaigns that do run out of money have one ace to play: dropping out and endorsing a former rival who can encourage their own supporters to donate and help pay off campaign debts, according to Craig Crawford, who has worked on presidential campaigns for more than 30 years, including serving as the communications director for former Virginia Sen. Jim Webb’s short-lived 2016 run.

Inslee, in the days after ending his campaign, spoke to several other candidates who asked for the governor’s thoughts on their own proposed climate change plans, but he is unlikely to endorse soon, according to some reports. Gillibrand, on the other hand, said she would offer her endorsement soon, but did not narrow down her preferences.

Others who didn’t make the cut are raising questions about the DNC’s requirements.

“I think the bigger problem is that the whole process really lacks transparency,” Rep. Tulsi Gabbard, D-Hawaii, said during an interview Wednesday night on Fox News. Gabbard came up two polls short of the four national or early state polls with 2 percent support the DNC requires of candidates included in the Houston debate.

But some Democratic Party operatives who worked on losing campaigns in 2016 say it’s time for some of the 20 remaining candidates to reevaluate their campaigns.

“Waiting for a miracle doesn’t usually work. If you don’t have two percent [support in polls] after all these months [campaigning], you’ve got to quit,” said Crawford, who publishes an online political commentary website called Trail Mix. “It’s time to thin the herd for Democrats. It may be brutal, but that’s where we are.”

“Not everybody runs for president to become president.”

The trick for some candidates, Walter said, is trying to “live off the land” as long as possible before running out of money to increase their own influence on the race. Because candidates build up their own constituencies, they are able to offer endorsements to other candidates and can help encourage their supporters to vote for another candidate, a gift that could curry favor down the road.

“You have the ear and the influence over the potential nominee, and that’s a big deal,” Walter said, since each of these candidates got into politics to shape the policy debate. “If you are sitting next to the Democratic nominee for president as one of their earliest supporters, that’s a pretty important role. You continue your presence in the national campaign.”

For candidates who don’t end up with delegates at the Democratic convention, just running a serious campaign can be a springboard for other opportunities.

“Not everybody runs for president to become president. There are a lot of other motives,” said Crawford. “When I look at these debates, I see a lot of really attractive Cabinet members.”

Matt Paul conceded that many candidates have different motivations for running, but he said it’s not worth speculating too much about which of the “also-rans” will end up as vice president or attorney general. At this point in the campaign, he said, all of the candidates have signed up for the “grueling schedule and the intense scrutiny” that comes with running for national office.

“Joe Biden did not run for president United States in 2008 to be vice president. He ran to be president,” Paul said. And while Biden didn’t win the nomination then, Paul added, the long-time senator’s time on the campaign trail put him in a good position to join Barack Obama’s ticket, go on to serve eight years as vice president and be in a better position now to make the case he should be president.

For the 10 candidates who are continuing their own campaigns despite facing a steep uphill battle, they’ll have another chance to be on a debate stage October when the DNC’s threshold to be included remains the same before likely going up in November.