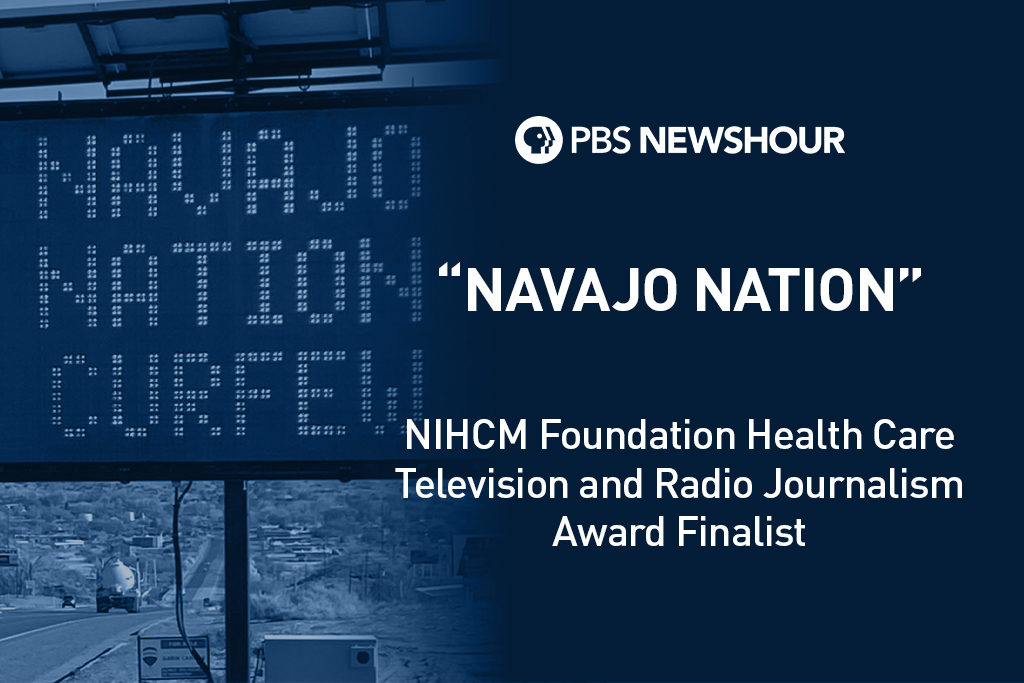 ARLINGTON, VA (March 10, 2021) — PBS NewsHour was named a finalist for the National Institute for Health Care Management (NIHCM) Foundation’s 14th Annual Television and Radio Journalism Award for its reporting on the socioeconomic disparities and obstacles faced by the Navajo Nation with the severe spread of the COVID-19 pandemic. The NIHCM Foundation Health Care Television and Radio Journalism Award recognizes excellence in television and radio reporting on health care issues and policy. The winners will be announced in the early spring.

Part One: Navajo Nation, hit hard by COVID-19, comes together to protect its most vulnerable
COVID-19 is ripping through the Navajo Nation, infecting and killing people at rates that are above U.S. averages. Located across three states, the Navajo population is already vulnerable, with a high prevalence of underlying diseases, a lack of infrastructure and limited access to care and supplies.

Part Two: Native communities have been hit hard by COVID-19 — and fear for their survival
Native communities in the U.S. have suffered disproportionately from COVID-19, with higher rates of infection and death. The Navajo Nation has implemented a series of strict lockdown measures to protect its population, but health care facilities have been overwhelmed. Tribes across the country see the pandemic as representing an existential threat.

Part Three: Navajo Nation’s health care system strained by COVID-19
The Navajo Nation, home to more than 170,000 Navajo, has been hit hard by COVID-19. More than 600 Navajo have died of COVID-19 in parts of three states, and daily positive cases are soaring. Correspondent Stephanie Sy spoke with Dr. Daniel Mays of the University of California, San Francisco’s Heal program and Dr. Sophina Calderon, deputy chief of staff at a hospital for the Navajo and Hopi tribes in Tuba City, Arizona, to discuss.