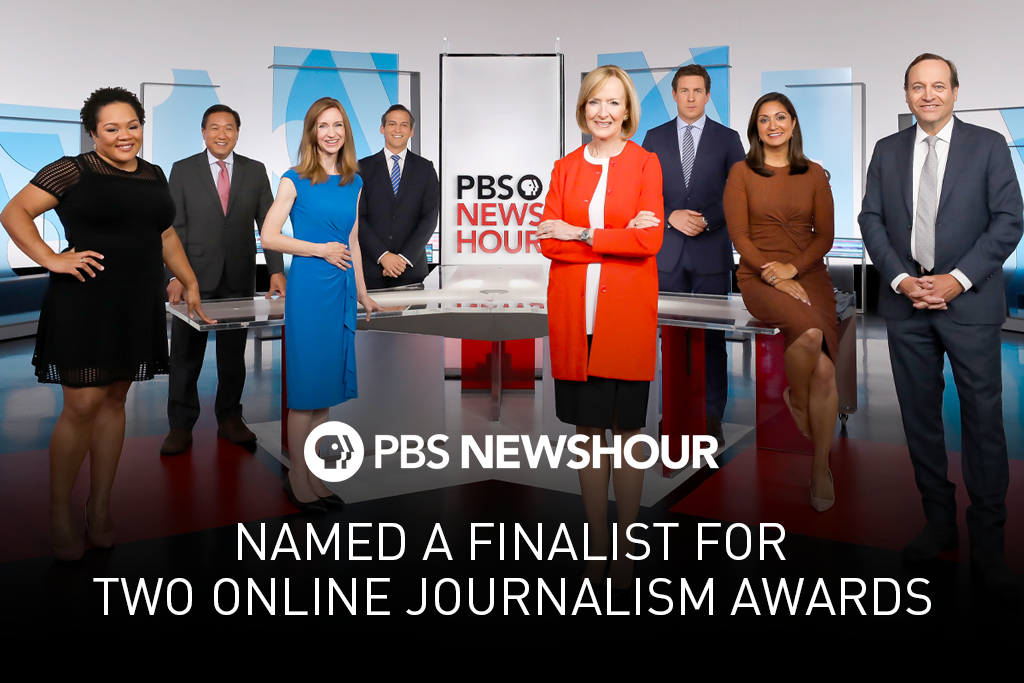 Arlington, VA (September 1, 2020) — PBS NewsHour today was named a finalist for two Online Journalism Awards for its original podcast, “Broken Justice,” and for “Amazon: Behind the Smiles,” produced in partnership with PRX and Reveal from The Center for Investigation Reporting. The winners will be announced during virtual events throughout ONA20, scheduled for Oct. 1–16. The Online Journalism Awards honor excellence in digital journalism around the world.

“Broken Justice” was named a finalist in the Excellence in Audio Digital Storytelling – Limited Series category. Hosted by senior national correspondent Amna Nawaz and general assignment producer Frank Carlson, the podcast explores the public defense crisis through the lens of one Missouri man’s 23-yearlong quest to overturn his murder conviction. “Broken Justice” was also recognized as a finalist for the 2020 Silver Gavel Awards for Media and the Arts in the Radio category.

The Al Neuharth Innovation in Investigative Journalism Award finalist “Amazon: Behind the Smiles” – produced in partnership with PRX and Reveal from The Center for Investigation Reporting – offers an in-depth look at injury rates in Amazon warehouses. In May 2020, the Pulitzer Prize board recognized the segment for its “industrious reporting on worker injuries and the human toll of robotics technology at Amazon warehouses across the United States.”

“Amazon: Behind the Smiles” credits: