PBS NewsHour Named Recipient of Alfred I. duPont-Columbia Award for “Inside Yemen” 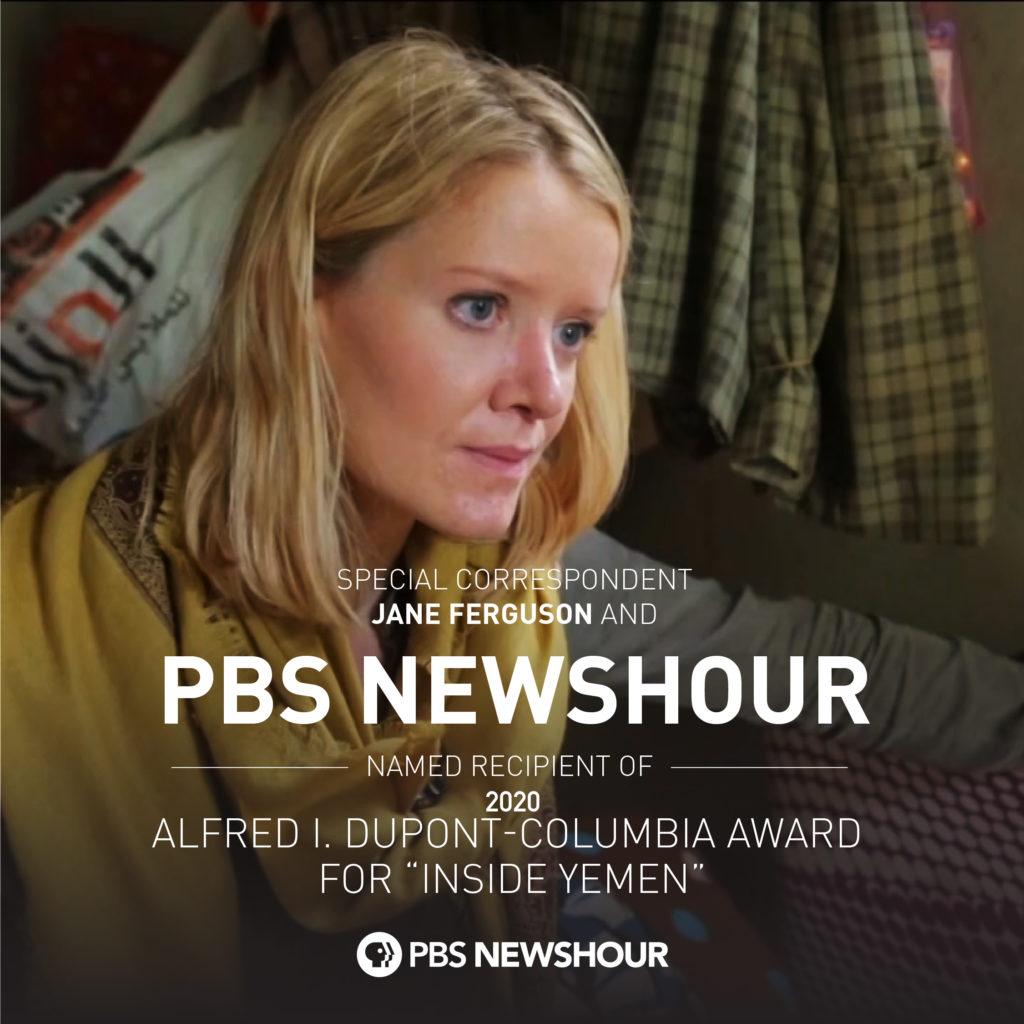 WASHINGTON, DC (December 11, 2019) — PBS NewsHour’s reporting by special correspondent Jane Ferguson for the ongoing series “Inside Yemen” was named the recipient of an Alfred I. duPont-Columbia Award from the Columbia Journalism School. The annual ceremony will take place on Tuesday, January 21, 2020, at the Low Memorial Library in New York City.

The award-winning series examines the brutal civil war in Yemen that has ground on for nearly five years, killing tens of thousands and pushing millions to the brink of starvation. With support from the Pulitzer Center on Crisis Reporting, “Inside Yemen” has also been honored with a News & Documentary Emmy Award and the report “Inside Yemen: Struggling to Survive” received a First Place National Headliner Award. The series was also a 2018 Peabody Award nominee, and Jane Ferguson was named the recipient of the George Polk Award for Foreign Television Reporting.

“Jane’s relentlessness, bravery and empathy shone through in this astonishing series of reports from Yemen. Her focus on the victims of this conflict, especially children, provided a vital window into this intractable war and humanitarian crisis unlike anything seen on American television,” said Morgan Till, PBS NewsHour’s Senior Producer for Foreign Affairs and Defense.

One of the poorest countries in the Middle East, Yemen’s war has pushed it to the brink of famine. A Saudi blockade has slowed the flow of food and helped push prices up. Markets and businesses are ruined from airstrikes. Millions are destitute. Special correspondent Jane Ferguson smuggled herself across front lines to report on what’s happening inside the world’s worst humanitarian disaster.