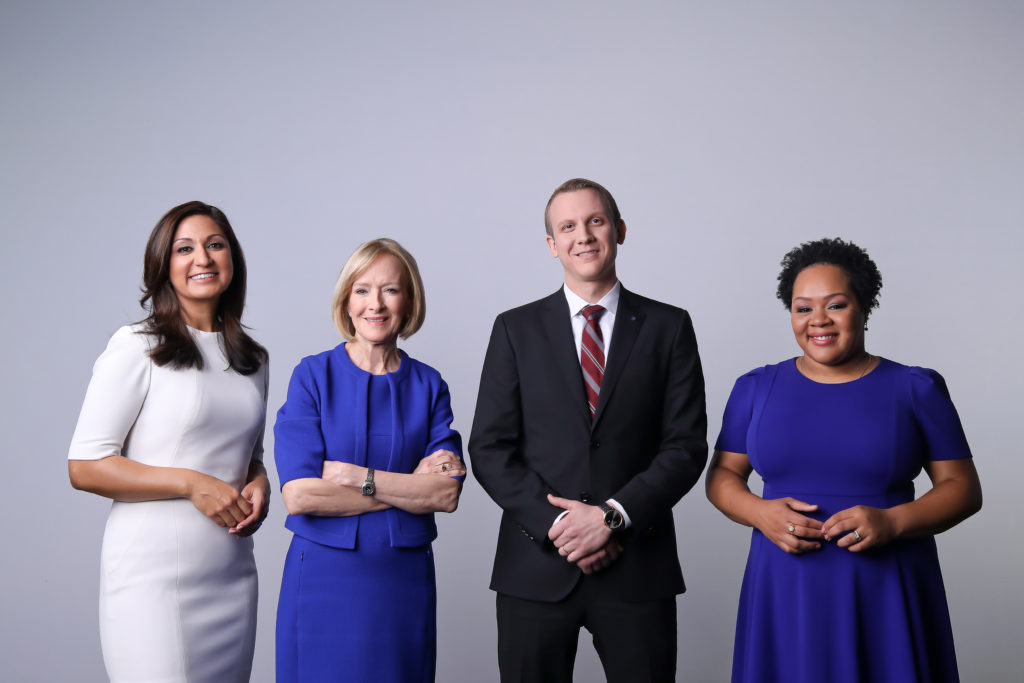 Order of podiums for PBS NewsHour & POLITICO Democratic Debate based on average of DNC qualifying polls.

Order of the podiums is based on an average of the DNC qualifying polls conducted in the weeks since the last debate. The top polling candidates are in the center, fanning out on both sides to the lowest polling candidates.

NewsHour’s regular 6 pm daily broadcast, anchored by correspondent John Yang, will be updated in the 7 pm hour, prior to the start of the evening’s special.

In addition to broadcasting the debate live on PBS stations nationwide, the debate will be also air on local NPR stations and Westwood One.

Sy will host “PBS NewsHour POLITICO Post-Debate Show” with a panel of guests including POLITICO reporters and PBS NewsHour’s senior political reporter Dan Bush. Desjardins will be joined by Democratic candidates from the Spin Room.

The PBS NewsHour & POLITICO Democratic Debate will air live beginning at 8 pm ET (5 pm PST) on Thursday, December 19 on PBS stations nationwide, with simulcast on NPR and Westwood One. It will also be simulcast live on CNN, CNN International and CNN en Español, live-streamed online at CNN.com and will be available across mobile devices via CNN’s apps for iOS and Android, via CNNgo apps for Apple TV, Roku, Amazon Fire, Chromecast and Android TV, and SiriusXM Channels 116, 454, 795.

Additionally, the debate will be streamed across PBS NewsHour’s and POLITICO’s digital and social platforms, including: