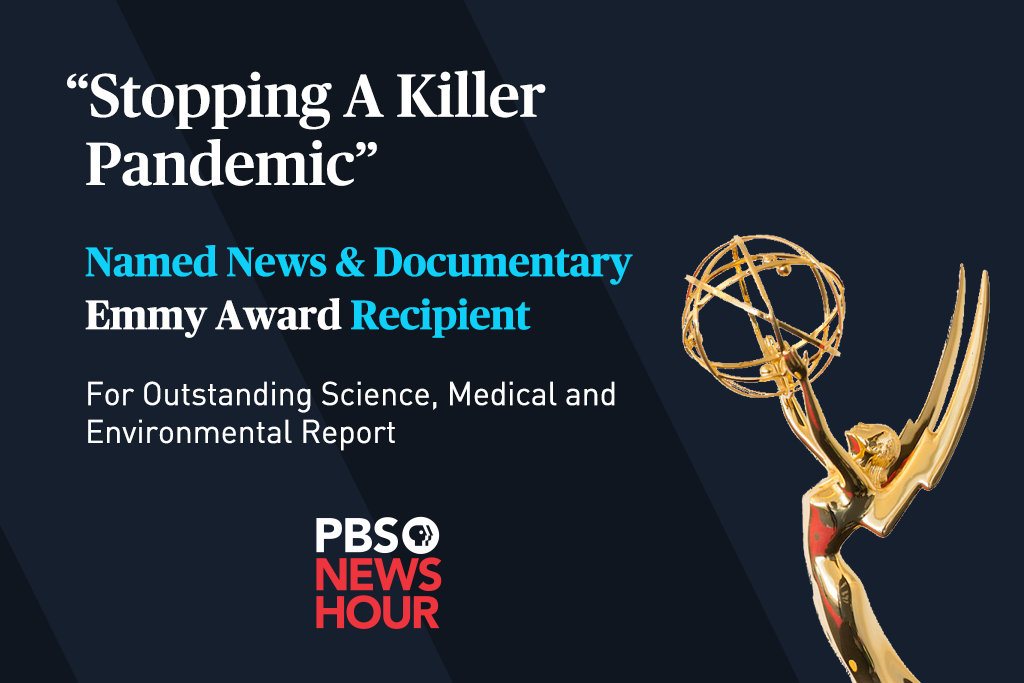 ARLINGTON, VA (September 22, 2020) — PBS NewsHour’s three-part series “Stopping a Killer Pandemic” was named the recipient of the News & Documentary Emmy Award for Outstanding Science, Medical and Environmental Report. The award was presented by The National Academy of Television Arts & Sciences during the virtual awards ceremony on Monday, September 21.

The series, which aired in June 2019, explored the potential threat of a likely flu pandemic and the advances in medical research leading to a solution.

Part One: Why another flu pandemic is likely just a matter of when

Part Two: Why the race to stop the next flu outbreak starts at state fairs and the beach

Part Three: A universal flu vaccine could finally be within sight

Despite the availability of vaccines, the flu still kills tens of thousands of people in the U.S. each year, and hundreds of thousands more worldwide. But public health officials fear that an even graver threat lies ahead: the emergence of a new, much more deadly flu virus. As correspondent William Brangham reports, the scenario has occurred before.