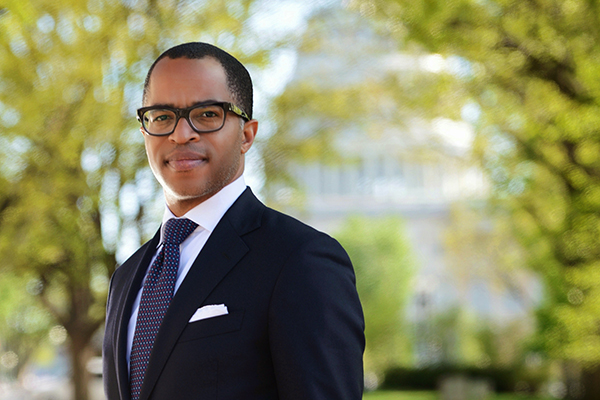 ARLINGTON, VA (Monday, January 4, 2021) – Jonathan Capehart, a Washington Post opinion writer and anchor of MSNBC’s The Sunday Show with Jonathan Capehart, was today named a regular contributor to the PBS NewsHour. As part of this role, Capehart will provide political analysis and commentary alongside New York Times columnist David Brooks for the Friday discussion segment Brooks & Capehart, regularly moderated by anchor and managing editor Judy Woodruff, in addition to PBS NewsHour political specials. Capehart, who has served as an occasional PBS NewsHour contributor since 2018, succeeds syndicated columnist Mark Shields, who was a PBS NewsHour regular for more than 33 years before stepping down in December 2020.

“Following a giant like Mark Shields and becoming part of the PBS NewsHour family is a double honor. And I can’t think of a better person with whom to hash out the future of our nation and our politics than David Brooks,” said Capehart.

The Friday night segment, which has showcased liberal and conservative political perspectives since its inception in 1987, previously included David Gergen, a CNN senior political analyst and former advisor to four U.S. Presidents, and the Wall Street Journal’s Paul Gigot, in addition to Shields and Brooks. NewsHour’s Friday night episode is typically the program’s highest-rated broadcast of each week and the weekly segment’s audio podcast is the most downloaded PBS NewsHour series for 2020.

“I am delighted that Jonathan Capehart, a distinguished journalist, is joining David for our always civil discussions/debates,” said Woodruff. “I look forward to having our audience get to know him as a weekly contributor.”

“We welcome Jonathan to public media and to PBS NewsHour,” said WETA CEO and president Sharon Percy Rockefeller. “This segment is cherished by audiences who value hearing divergent viewpoints debated with a shared commitment to respectful discourse.”

PBS NewsHour executive producer Sara Just added, “We are thrilled to have Jonathan Capehart join the NewsHour family and our long-running and popular political analysis segment every Friday night. Jonathan’s sharp insight and thoughtful perspective are especially appreciated during this fractured time in American politics.”

In addition to serving as an editorial board member of the Post, Capehart hosts the “Cape Up”  podcast and Washington Post Live’s “First Look.” He also served as a Spring 2019 fellow at the Georgetown Institute of Politics and Public Service.

In 2014, Advocate magazine ranked Capehart 9th out of 50 of the most influential LGBT people in media. That same year, Mediaite named him one of the “Top 9 Rising Stars of Cable News.” Equality Forum made him a 2018 LGBT History Month Icon. Capehart has twice made the OUT 100 list. In May 2018, the publisher of The Washington Post awarded him an “Outstanding Contribution Award” for his opinion writing and “Cape Up” podcast interviews.

Early in his career, Capehart was the deputy editorial page editor of the New York Daily News and served on that paper’s editorial board. In 1999, his 16-month editorial campaign to save the famed Apollo Theater in Harlem earned him and the board the Pulitzer Prize for Editorial Writing. Capehart later become the national affairs columnist at Bloomberg News, and took a leave from that position in February 2001 to serve as a policy adviser to Michael Bloomberg in his first successful campaign for New York City mayor.