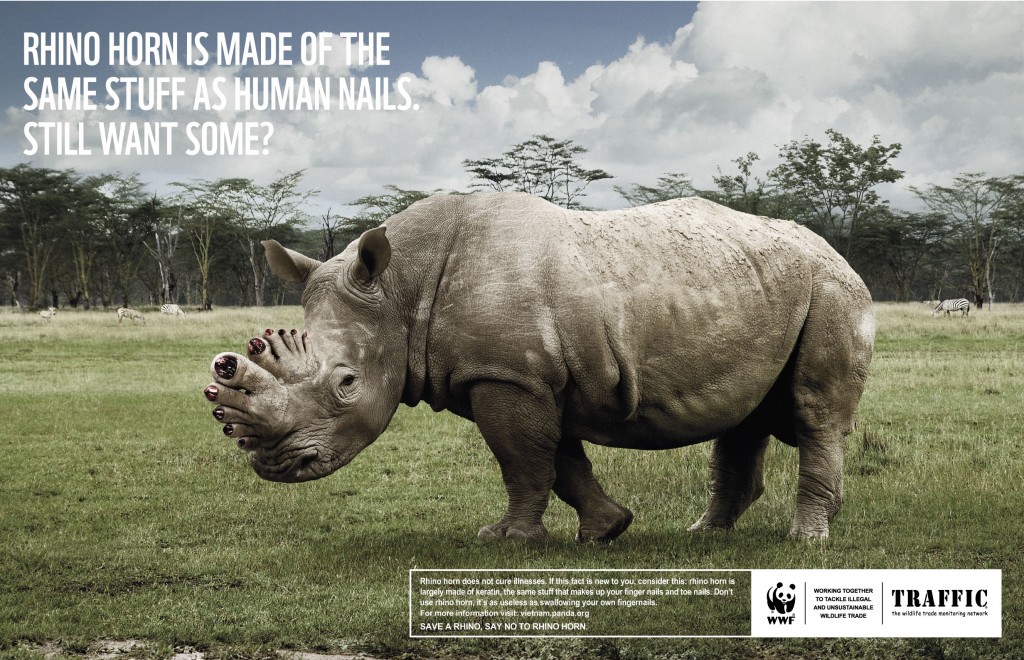 In the early 1900’s an estimated 100,000 wild rhinos were thought to roam the world. Today that number stands at about 29,000 rhinos. Almost 75 percent of those wild rhinos are in South Africa.

In some of the country’s national parks, rhinos are being slaughtered at an alarming rate for their horns. In 2007, 13 rhinos were killed for their horns in South Africa. By 2013 that number had risen to over 1,000. The trend continues with 376 deaths recorded as of May of this year. 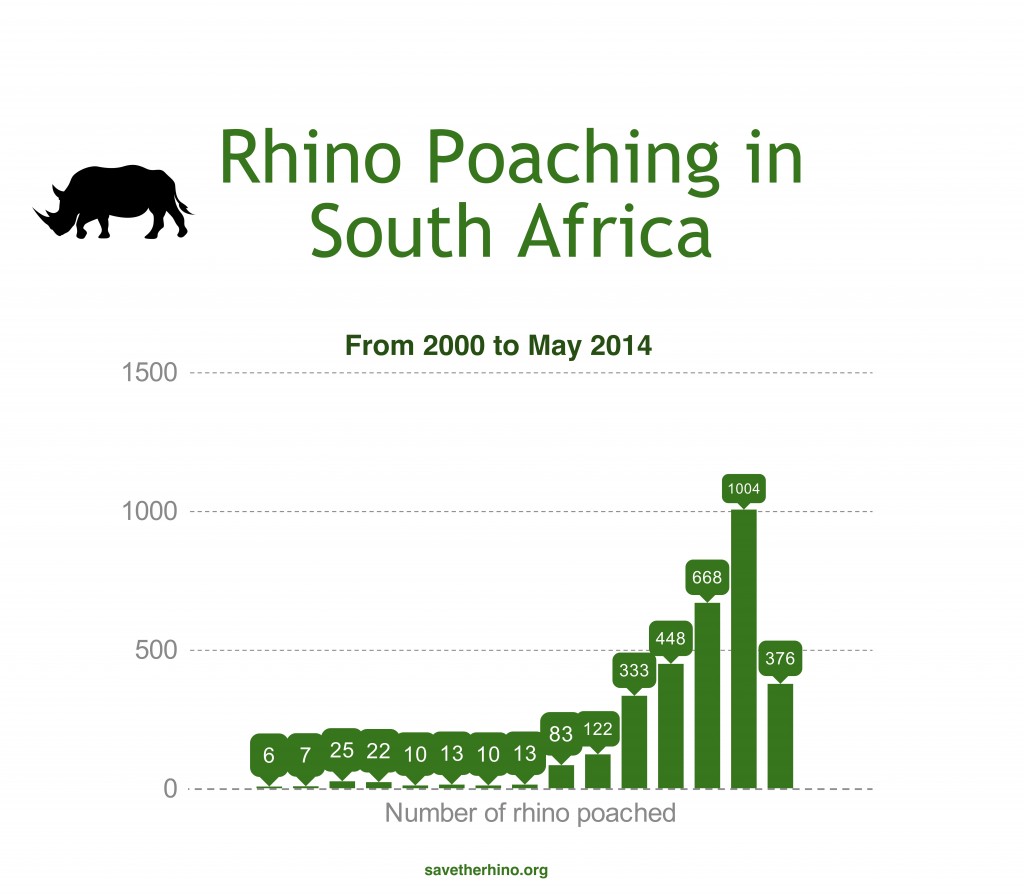 Many attribute the increase in poaching to the rise in demand for horns in some Asian countries like China and Vietnam where a pound of rhino horn can sell from $25,000 to $50,000. In those countries, some believe rhino horn can cure illnesses like cancer and arthritis. Scientists say rhino horn has no medicinal value and consists mostly of the protein keratin, also found in human nails. 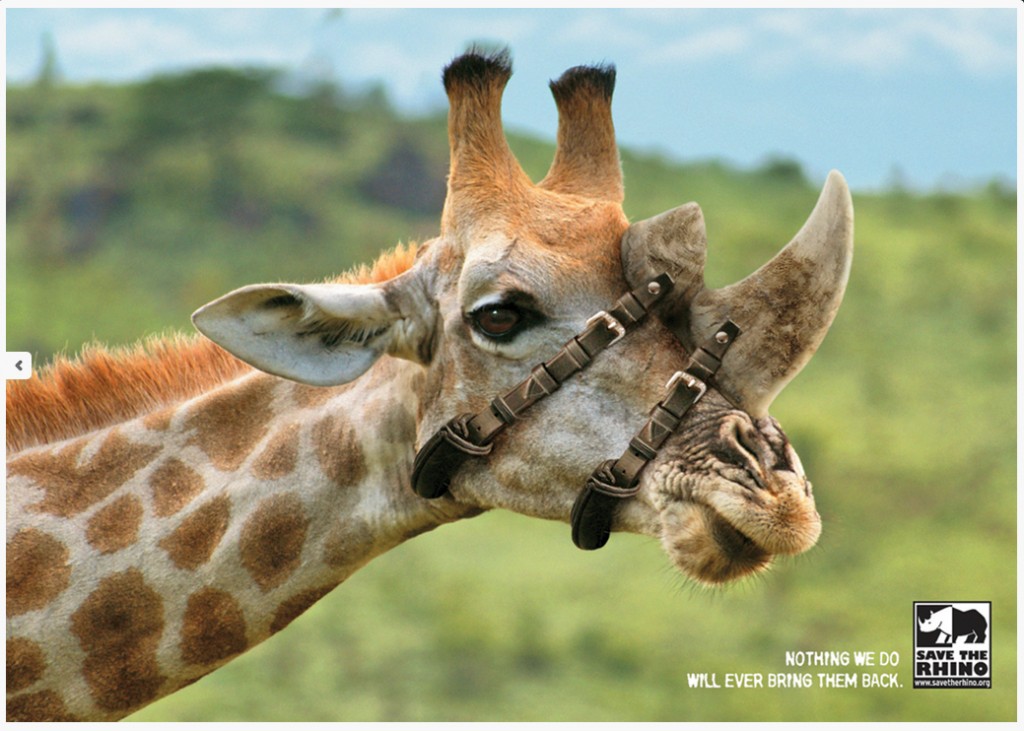 Save the Rhino began this ad campaign in 2011.

While park rangers are fighting the battle with poachers on the ground in South Africa, over the past few years ad campaigns by conservation groups have also been hitting airwaves and websites in consumer countries to discourage the consumption of rhino horn.

In a 2011 campaign to protect the rhino the NGO Save the Rhino ran print ads using pictures and minimal wording. 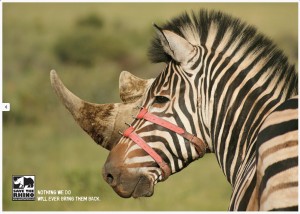 Save the rhino: Nothing we do can ever bring them back 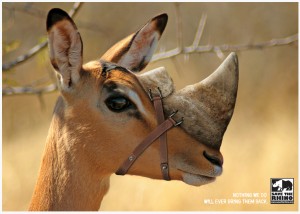 Save the rhino: Nothing we do can ever bring them back

More recent campaigns by TRAFFIC and the World Wildlife Fund targeting countries like Vietnam focused on how little difference there is between rhino horn and finger and toenails. 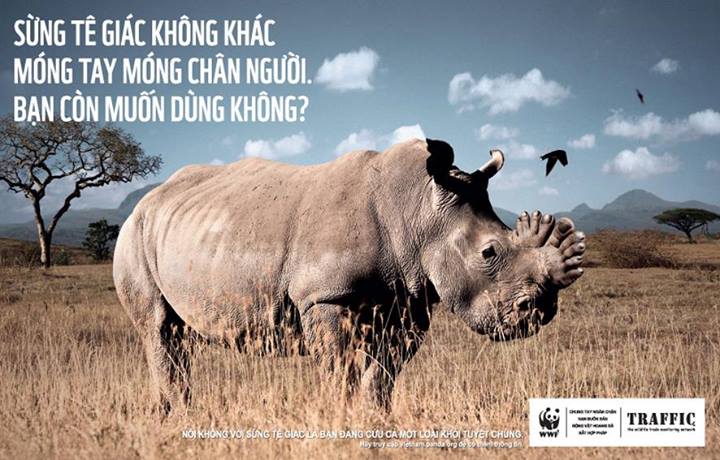 Some ads have used local and international celebrities to re-enforce the message between buying rhino horn and rhino poaching.

Despite the campaigns, demand for rhino horn is growing, with 2013 being the deadliest year on record for South African rhinos. It’s a trend that is being fueled by some newly wealthy Asians eager to try rhino horn and continued claims of rhino horn curing diseases and ailments.

According to the journal Science, if poaching in South Africa continues at this rate, rhinos could be extinct in that country within 20 years.