Butte County Town Attempts to Save Salmon From Wildfire Devastation

Despite being evacuated nearly two weeks ago from their homes in the wake of spreading wildfires, residents of the town of Butte Creek Canyon — a few miles east of Chico — planned to join forces last week to save the local salmon population.

Locals are very proud of these fish.

“Butte Creek spring-run salmon are one of the only remaining populations of wild spring-run salmon left in California,” says Allen Harthorn, executive director of The Friends of Butte Creek, an organization that works to protect the fish, which were once near extinction.

Now, the fish face a new danger, as rains threaten to wash toxic debris from the nearby wildfires into the creek.

“The ash and toxic components in the runoff could just saturate the creek, fill it up with sediment and wipe out this entire year class of spring-run salmon,” said Harthorn, who spoke from a friend’s home in Chico 12 days into his evacuation from Butte Creek Canyon. He said around 100 homes had been destroyed in his town, though his house escaped the flames.

With the spawning season recently over, the problem is particularly acute for newborn fish.

The juvenile salmon at this point are at a very critical stage,” said Harthorn. “The adult fish finish spawning about the middle of October. So all of those eggs were in the gravel. They’ve probably started emerging from the gravel in the last week or so, out swimming around in the creek.”

Following a callout on The Friends of the Butte Creek’s Facebook page, Harthorn said around 50 volunteers planned to spend Wednesday laying down 800 long rolls of straw, called “wattles,” near burned-out residences and streams. 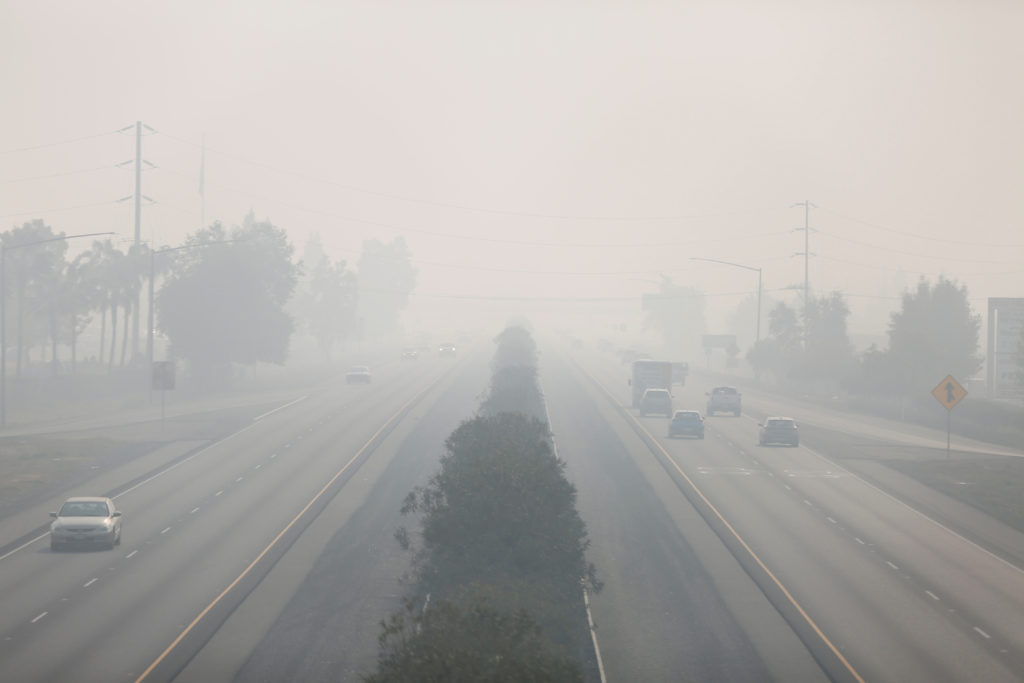 The hope is to ease the flow of the creek and capture the debris.

“The straw wattles will slow down the movement of the water and allow it to seep in as well as capture the ash and potentially other toxic components,” Harthorn said.

The task ahead is huge. And Harthorn is also worried about the run-off flowing in from other nearby places destroyed by fire, particularly Paradise.

“The unfortunate thing is that Butte Creek meets up with all the tributaries that come off Paradise out in the valley,” Harthorn said. “And all those tributaries are going to be carrying all the runoff from Paradise, which has 5 to 10 times the volume of material and destruction that the Canyon had. So it’s going to be a lot worse. There is a huge effort out there to protect the water quality. But it’s going to be a massive job.”