In an underground lab covered by nine feet of concrete and compacted dirt, two nuclear physicists hunt for fraudulent wine. Their method is unusual — they measure radiation coming from the wine itself, without ever opening the bottle.

Now in a new preprint study, Michael Pravikoff and Philippe Hubert at National Center for Scientific Research and University of Bordeaux in France show the radiation from the 2011 disaster at the Fukushima Daiichi nuclear plant made its way into California wine.

The amount of radiation present in all the wine tested by their lab is too small to harm a person’s health.

Radiation detection has been used for decades as a way to verify the age, or vintage, of a wine. Wines from 1952 to the 1970s, for example, have much higher radiation levels due to above ground nuclear testing.

As for Fukushima, other studies have found increased levels of radiation in the ocean and marine life off the Pacific coast of North America after the incident.

But this study is the first to examine how the cloud of atmospheric radiation traveled across the ocean to affect grapes in the Napa Valley.

What the physicists did:

More than 20 years ago, Hubert pioneered a non-invasive method to confirm the approximate vintage of a wine. The method involved looking at gamma rays emitted by cesium-137, a radioactive element that first appeared on Earth in 1952.

“Cesium-137 is not a natural isotope. It’s produced only through atom bomb testing in the atmosphere or through the incidents like Chernobyl or Fukushima,” Pravikoff said. “So every year the amount of cesium-137 released in the atmosphere is different.”

Shielded from cosmic rays and other forms of radiation in an lab built specifically for low-level radiation measurements, Hubert was able to detect gamma rays from cesium-137. Luckily, the process of glassmaking evaporates any cesium from bottle glass, so all the radiation must come from the wine itself. 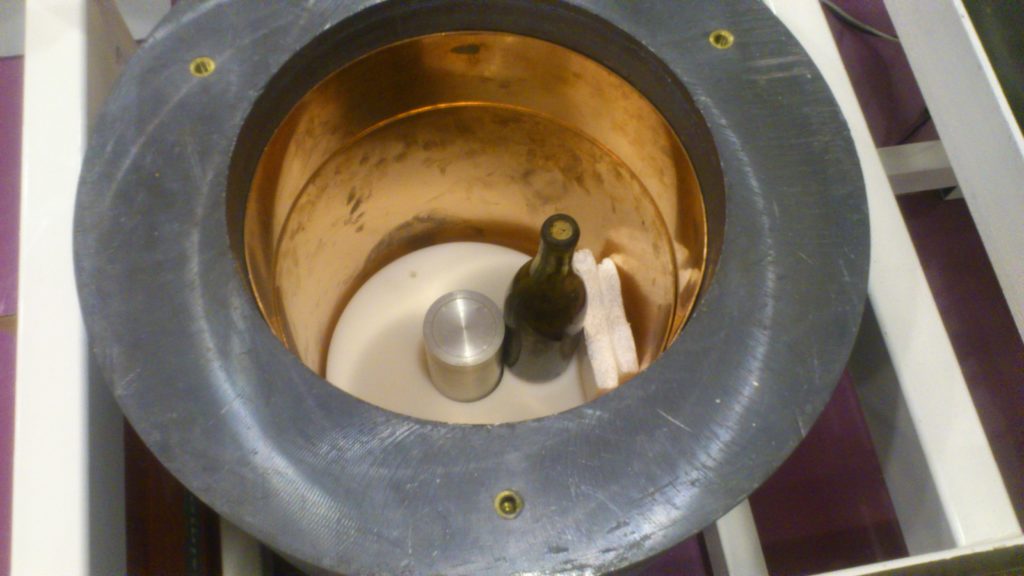 An unopened bottle of wine sits next to a germanium detector. Gamma rays from radioactive cesium-137 in the wine are quantified by the detector, giving researchers an approximate year the wine was made. Photo by Michael Pravikoff

Hubert and Pravikoff subsequently tested dozens of wines certified to be genuine, and were able to correlate the level of radiation with the year the wine was made.

Because radiation levels went up and down as nuclear tests were done in the 1950s and 1960s, they can’t tell the exact year. But, if the wine is labeled pre-1950, like many extremely expensive wines dating back to the 1700s, absolutely no radiation should be detected. In a 2009 study by Pravikoff and Hubert, more than half of the wines tested were determined to be fake when measurable amounts of cesium-137 were found in the wine.

What the physicists found:

At first, when the they tested Napa Valley wine from 2008 to 2015, the physicists did not detect any radiation. The levels were too low. So instead of using their regular method, they had to remove the wine from the bottles, boil it until all the liquid evaporated and reduce it to ash.

With this concentrated wine placed in a small tube and surrounded by a gamma ray detector, the physicists were able to see a small amount of radiation.

In Cabernet Sauvignon from two different vineyards, the physicists found the radiation levels doubled in 2011 and remained higher than usual in 2012 through 2015. In a rosé from the same vineyard, there wasn’t much of a variation over the same period of time.

The radiation levels in the red wines are barely above “background” — or the low amount of radiation seen in French wines since the 1990s, after radiation from Chernobyl became undetectable in European wines.

“We can see [this radiation] because we have developed instruments which are very sensitive. Otherwise it would have been impossible to see measure any kind of [radiation] level,” Pravikoff said. 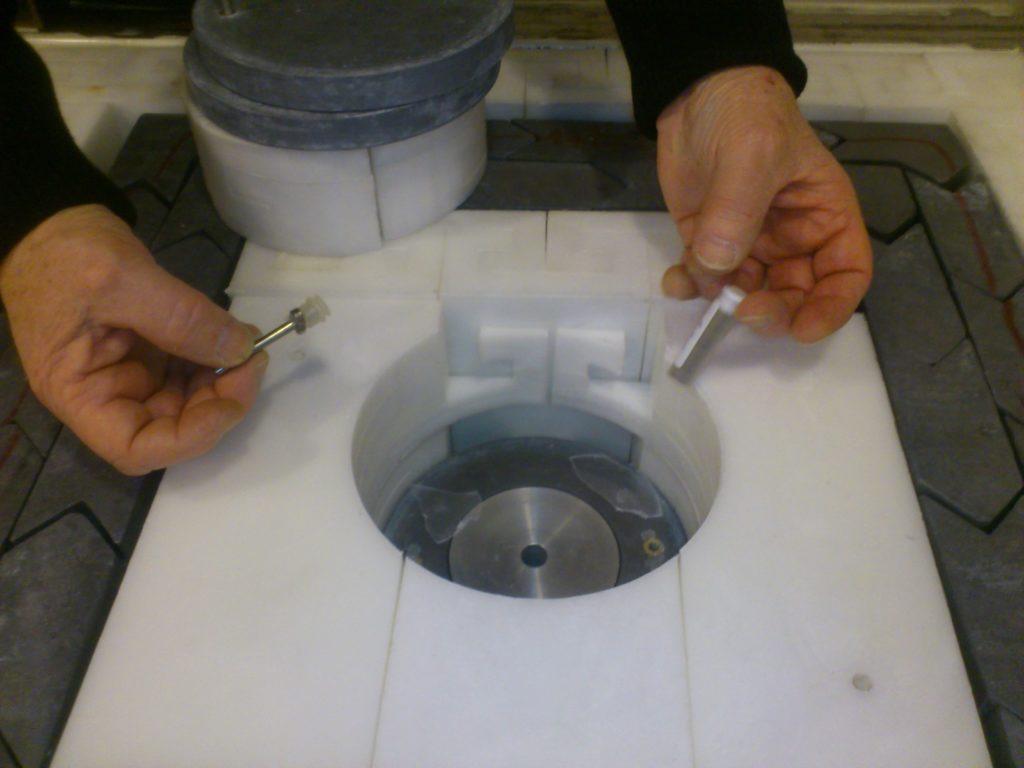 California wines tested in this study have such low cesium-137 levels, the researchers had to use a special detector. The wine is concentrated into ash and placed in the middle of the detector, which is shielded with lead. This way, all radiation emitting from the wine is captured, rather than just from one side of the bottle. Photo by Michael Pravikoff

The amount of radiation present in all the wine tested by their lab is too small to harm a person’s health. Pravikoff and his team estimate that you’d need to drink more than 40,000 bottles in a year of the most radioactive vintage to get sick. That’s 110 bottles every day.

After Fukushima, Fisher studied the cesium-137 taken up by Pacific bluefin tuna, which migrate from the coast of Japan to California. Similar to wine, the radiation found in bluefin tuna was lower than background radiation that occurs naturally, Fisher said.

“Radioactivity is part of our environment. It’s very weak, but it could be useful for some purposes,” Pravikoff said.

For the wine auction houses, which sell bottles of wine upwards of $100,000, verifying the vintage is crucial. Pravikoff said that 20 years ago there was no way to prove wine fraud. Now, due to cesium-137 and other forms of elemental detection in bottle glass, buyers can be sure their wine is the real deal.

Left: In the wake of the Fukushima nuclear plant disaster, cesium-137 made its way through the atmosphere to vineyards in Napa Valley. But the small amount of radiation poses more of a threat to wine counterfeiters than to your body. Photo by REUTERS/Robert Galbraith