One in seven infants that were exposed to Zika in utero experienced microcephaly, seizures, hearing deficiencies or other health problems during their first year of life, the Centers for Disease Control and Prevention reported Tuesday. The new CDC report, which tracked 1,450 infants in the U.S. territories, is the nation’s first to quantify health problems among Zika-exposed infants that occur during a baby’s first year.

More than half a million people have contracted Zika in the Americas in the last four years. While the infection is typically mild in adults, babies exposed before birth can suffer serious health problems, such as microcephaly, a birth defect that causes a smaller-than-average head size and an underdeveloped brain.

Prior studies showed that about 6 percent of Zika-exposed babies are born with congenital birth defects, which is 30 times the normal rate. But until now, no study has reported on other developmental problems caused by Zika at this scale. 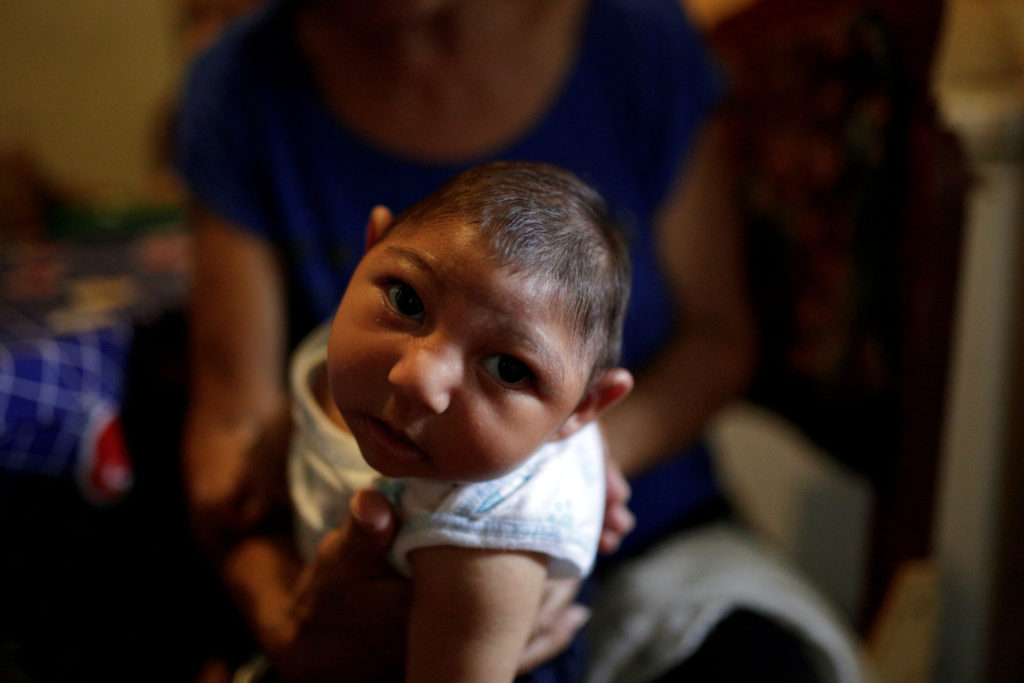 Microcephaly — abnormally small head size — is a severe birth defect caused by Zika infection during pregnancy. But other more subtle neurological problems possibly caused by Zika virus can emerge in the months after a child is born. Photo by REUTERS/Marco Bello

Getting a handle on these numbers can inform medical decisions faced by parents and doctors during a child’s early years. Early intervention is key to better outcomes for affected children, and the new report can assist those interventions, doctors told PBS NewsHour.

What the CDC did

The CDC runs the U.S. Zika Pregnancy and Infant Registry, which monitors outcomes for pregnant women and infants exposed to the Zika virus, in collaboration with local health departments. Because the virus attacks developing nerve cells of the fetus during pregnancy, other more subtle neurological problems can appear in the months following birth. Epilepsy, vision loss, developmental delays and other issues have now been linked to Zika.

As of this June, the registry had catalogued more than 7,300 cases in the U.S. and its territories. Today’s report focuses on the babies listed in the registry from U.S. territories only, who are now over a year old and who received follow-up care at least two weeks after birth. To date, 4,900 pregnancy-related cases of Zika have been confirmed in the U.S. territories, which is double the number of cases in the continental U.S., Hawaii and Alaska.

These findings mean you’re not out of the woods if you look fine at birth.

The CDC examined medical records normally collected during the first year of life, as well as health assessments recommended for babies exposed to Zika. These exams evaluate the development of hearing, eyesight, motor control and brain imaging. Two reviewers independently evaluated each case report to determine if any reported health problems were possibly caused by Zika.

Brain size can also slow after birth, resulting in an unusually small head, or postnatal-onset microcephaly. Doctors use head size as a measure of brain size, so this reflects an underdeveloped brain.

What the CDC found

The report found that 14 percent — 1 in 7 — of babies exposed to Zika experienced a health problem possibly caused by the virus, whether it be a birth defect or a more subtle developmental problem. About 9 percent of the affected children had a neurological problem, while 6 percent had a birth defect.

The CDC at a press conference Tuesday recommended that children whose mothers test positive for Zika infection during pregnancy should undergo comprehensive developmental screening in the months following birth. 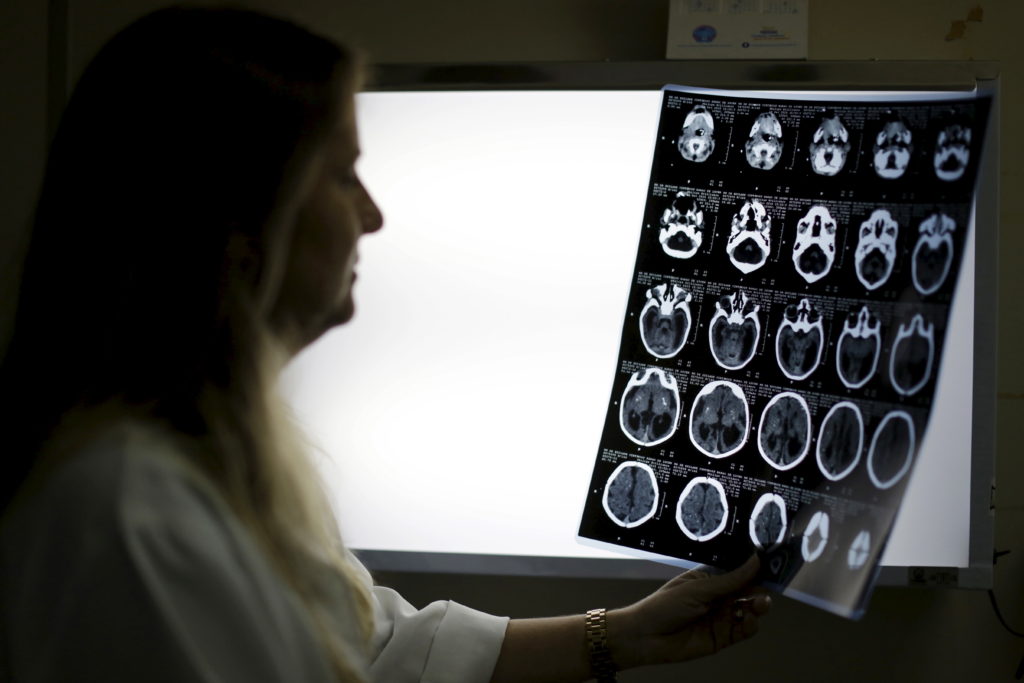 The CDC recommended that children whose mothers test positive for Zika infection during pregnancy should undergo comprehensive developmental screening, such as brain imaging and hearing exams, in the months following birth. Photo by REUTERS/Ueslei Marcelino

Of the 2,141 children who were over a year at the time of the study, only two-thirds had received follow-up care, based on what was reported the CDC registry. Of those two-thirds, almost all had at least one physical exam, but a smaller fraction had had the specialty screening needed to detect the full consequences of Zika virus.

Of this group, 75 percent had received developmental screening and 60 percent had undergone brain imaging, the CDC found. When it came to hearing screenings and eye exams, the number dropped to 48 percent and 36 percent, respectively.

These findings mean you’re not out of the woods if you look fine at birth, said Dr. Roberta DeBiasi, chief of Pediatric Infectious Diseases and co-director of the Congenital Zika Program at Children’s National Health System. “You still need the follow up and the evaluation.”

This is why it is so absolutely critical that these babies receive care to identify issues as soon as possible.

“I think 9 or 10 percent [of babies] with a nerve developmental abnormality potentially associated with Zika is a pretty high number,” she added.

Doctors must know how and when to screen for these problems, but DeBiasi said this study shows that not every baby is getting all of the right screening.

Early intervention can help a child in a critical developmental period.

“We suspect that health issues will continue to emerge as these children age,” said Peggy Honein, director of CDC’s Division of Congenital and Developmental Disorders. “This is why it is so absolutely critical that these babies receive care to identify issues as soon as possible.”

Left: In a report released Tuesday, the CDC found that 14 percent -- 1 in 7 -- of babies exposed to Zika during pregnancy experienced a health problem possibly caused by the virus, whether it be a birth defect or a more subtle developmental problem. Photo by Kevin P. Coughlin/Office of the Governor/via REUTERS