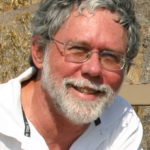 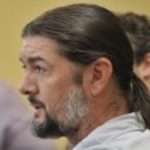 Did the birth of the solar system make meteorites? Here’s a tell-tale clue

April 26, 1803 was an unusual day in the small town of L’Aigle in Normandy, France – it rained rocks.

Over 3,000 of them fell out of the sky. Fortunately no one was injured. The French Academy of Sciences investigated and proclaimed, based on many eyewitness stories and the unusual look of the rocks, that they had come from space.

The Earth is pummeled with rocks incessantly as it orbits the Sun, adding around 50 tons to our planet’s mass every day. Meteorites, as these rocks are called, are easy to find in deserts and on the ice plains of Antarctica, where they stick out like a sore thumb. They can even land in backyards, treasures hidden among ordinary terrestrial rocks. Amateurs and professionals collect meteorites, and the more interesting ones make it to museums and laboratories around the world for display and study. They are also bought and sold on eBay.

Despite decades of intense study by thousands of scientists, there is no general consensus on how most meteorites formed. As an astronomer and a geologist, we have recently developed a new theory of what happened during the formation of the solar system to create these valuable relics of our past. Since planets form out of collisions of these first rocks, this is an important part of the history of the Earth. 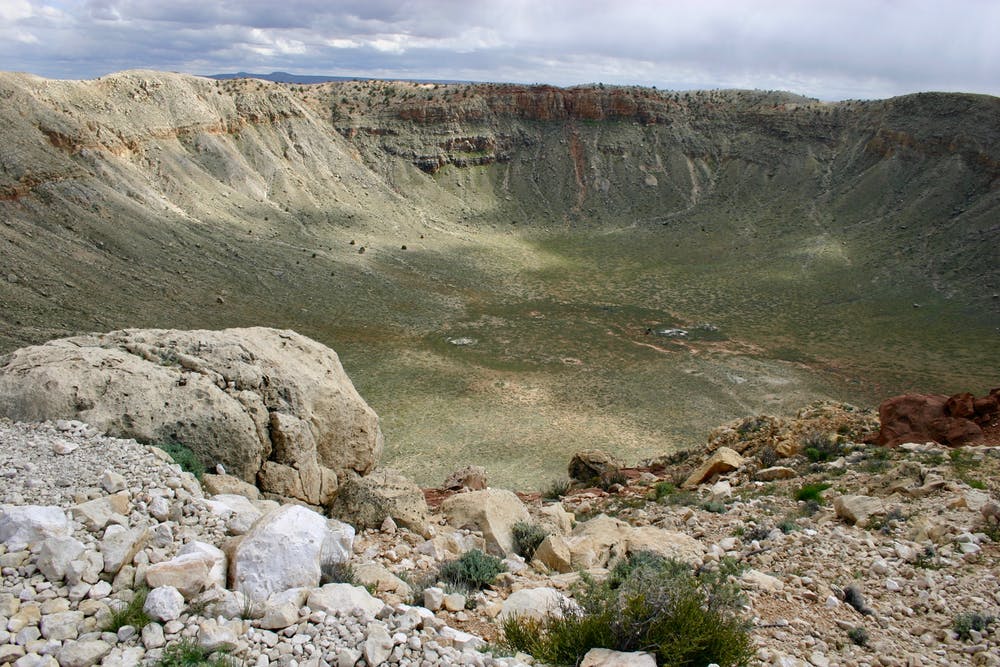 This meteor crater in Arizona was created 50,000 years ago when an iron meteorite struck the Earth. It is about one mile across. Photo by W. Herbst, CC BY-SA

About 10% of meteorites are pure iron. These form through a multi-step process in which a large molten asteroid has enough gravity to cause iron to sink to its center. This builds an iron core just like the Earth’s. After this asteroid solidifies, it can be shattered into meteorites by collisions with other objects. Iron meteorites are as old as the solar system itself, proving that large asteroids formed quickly and fully molten ones were once abundant. 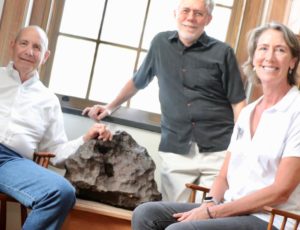 Drew Barringer (left), owner of Arizona meteor crater, his wife, Clare Schneider, and author William Herbst in the Van Vleck Observatory Library of Wesleyan University, where an iron meteorite from the crater is on display. Photo by W. Herbst

The other 90% of meteorites are called “chondrites” because they are full of mysterious, tiny spheres of rock known as “chondrules.” No terrestrial rock has anything like a chondrule inside it. It is clear that chondrules formed in space during a brief period of intense heating when temperatures reached the melting point of rock, around 3,000 degrees Fahrenheit, for less than an hour. What could possibly account for that?

Researchers have come up with many hypotheses through the last 40 years. But no consensus has been reached on how this brief flash of heating happened.

The chondrule problem is so famously difficult and contentious that when we announced to colleagues a few years ago that we were working on it, their reaction was to smile, shake their heads and offer their condolences. Now that we have proposed a solution we are preparing for a more critical response, which is fine, because that’s the way science advances. 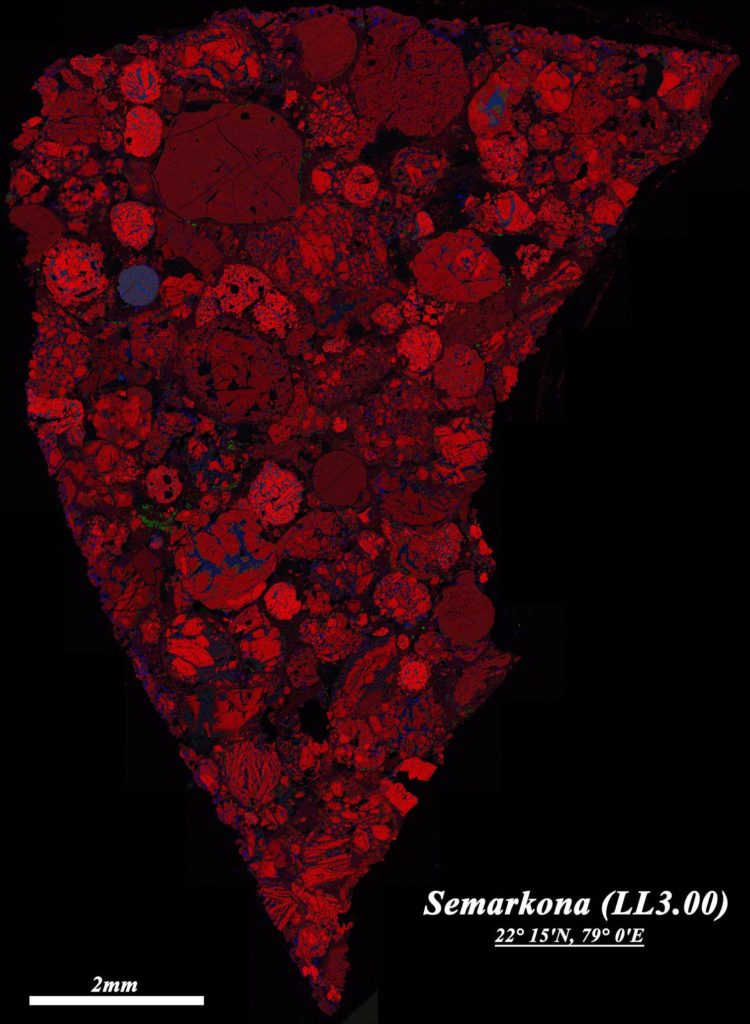 A closeup of the Semarkona meteorite showing dozens of chondrules. Photo by Kenichi Abe

Our idea is quite simple. Radioactive dating of hundreds of chondrules shows that they formed between 1.8 and 4 million years after the beginning of the solar system – some 4.6 billion years ago. During this time, fully molten asteroids, the parent bodies of the iron meteorites, were abundant. Volcanic eruptions on these asteroids released tremendous amounts of heat into the space around them. Any smaller objects passing by during an eruption would experience a short, intense blast of heat.

To test our hypothesis, we split up the challenge. The astronomer, Herbst, crunched the numbers to determine how much heating was necessary and for how long to create chondrules. Then the geologist, Greenwood, used a furnace in our lab at Wesleyan to recreate the predicted conditions and see if we could make our own chondrules. 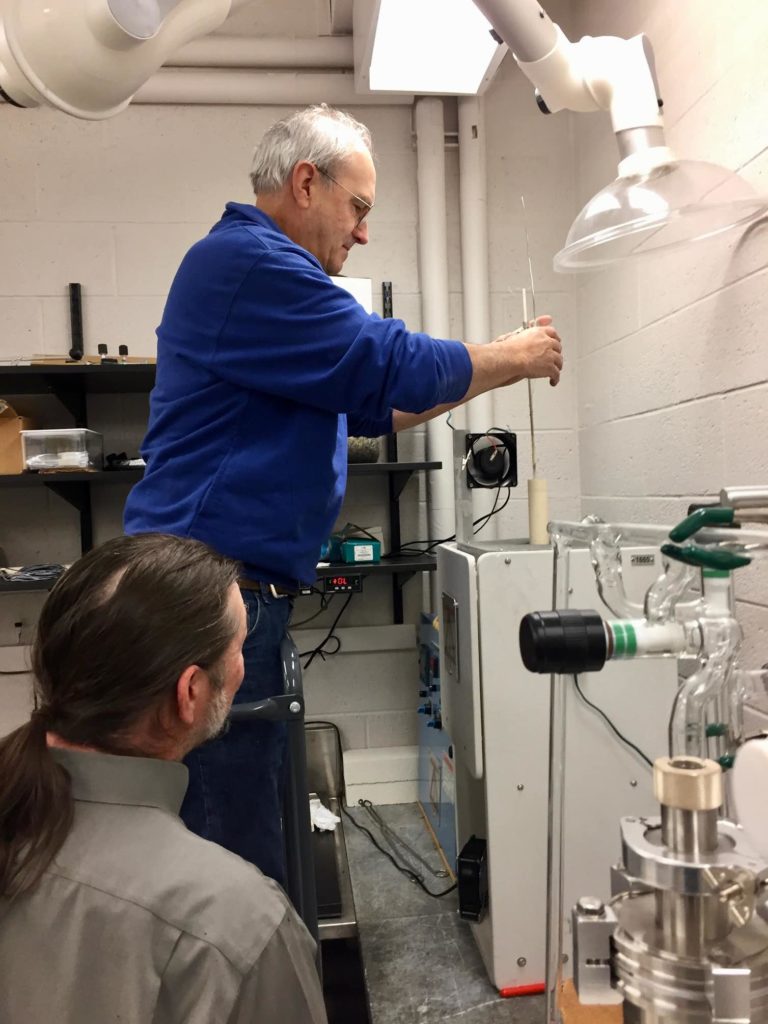 Laboratory technician Jim Zareski (top) loads a programmable furnace as co-author Jim Greenwood looks on, in his laboratory at Wesleyan University. This is where the synthetic chondrules are made. Photo by W. Herbst

The experiments turned out to be quite successful.

We put some fine dust from Earth rocks with compositions resembling space dust into a small capsule, placed it in our furnace and cycled the temperature through the predicted range. Out came a nice-looking synthetic chondrule. Case closed? Not so fast.

Two problems emerged with our model. In the first place, we had ignored the bigger issue of how chondrules came to be part of the whole meteorite. What is their relationship to the stuff between chondrules – called matrix? In addition, our model seemed a bit too chancy to us. Only a small fraction of primitive matter will be heated in the way we proposed. Would it be enough to account for all those chondrule-packed meteorites hitting the Earth? 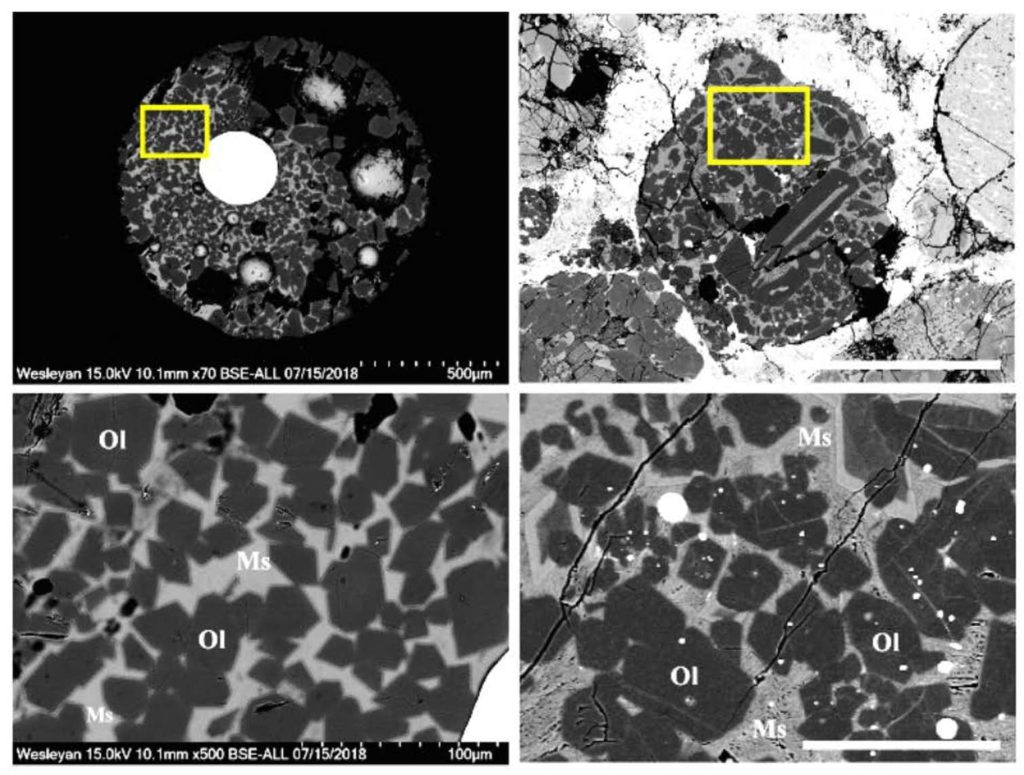 A comparison of a synthetic chondrule (left) made in the Wesleyan lab with a heating curve from the flyby model, with an actual chondrule (right) from the Semarkona meteorite. The crystal structure is quite similar, as shown in the enlargements (bottom row). Photo by J. Greenwood

To address these issues, we extended our initial model to consider flyby heating of a larger object, up to a few miles across. As this material approaches a hot asteroid, parts of it will vaporize like a comet, resulting in an atmosphere rich in oxygen and other volatile elements. This turns out to be just the kind of atmosphere in which chondrules form, based on previous detailed chemical studies.

We also expect the heat and gas pressure to harden the flyby object into a whole meteorite through a process known as hot isostatic pressing, which is used commercially to make metal alloys. As the chondrules melt into little spheres, they will release gas to the matrix, which traps those elements as the meteorite hardens. If chondrules and chondrites form together in this manner, we expect the matrix to be enhanced in exactly the same elements that the chondrules are depleted. This phenomenon, known as complementarity, has, in fact, been observed for decades, and our model provides a plausible explanation for it. 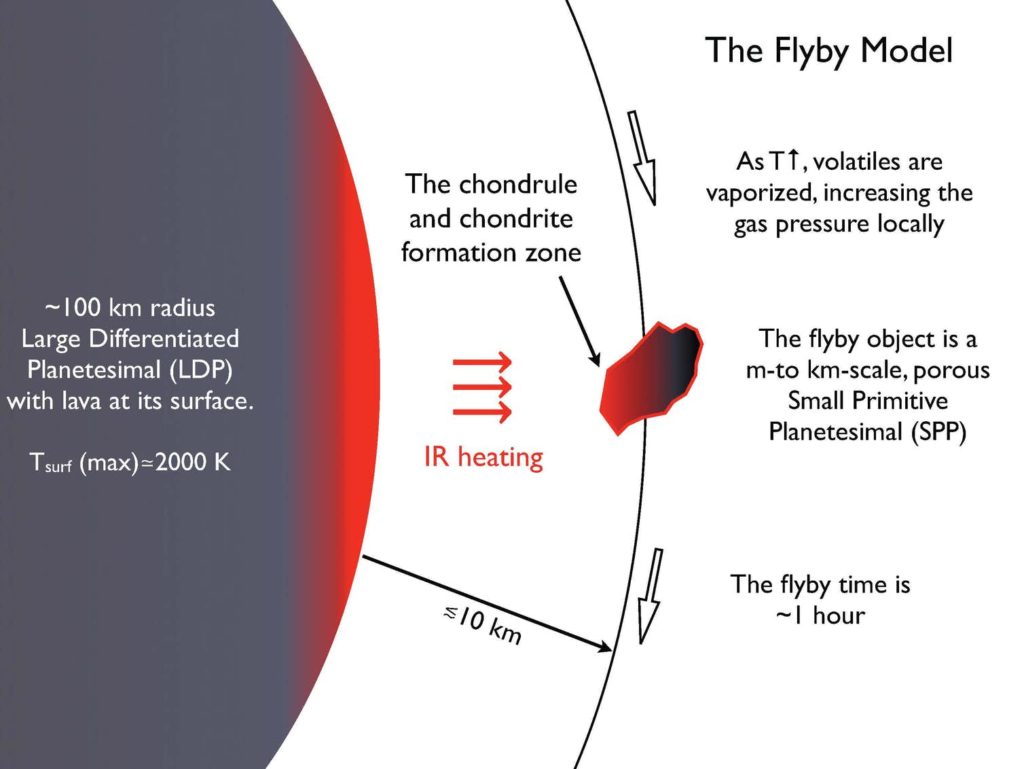 The authors’ model for forming chondrules. A small piece of rock (right) — a few miles across or less — swings close to a large hot asteroid erupting lava at its surface. Infrared radiation from the hot lava briefly raises the temperature on the small piece of rock high enough to form chondrules and harden part of that object into a meteorite. Photo by W. Herbst/Icarus

Perhaps the most novel feature of our model is that it links chondrule formation directly to the hardening of meteorites. Since only well-hardened objects from space can make it through the Earth’s atmosphere, we would expect the meteorites in our museums to be full of chondrules, as they are. But hardened meteorites full of chondrules would be the exception, not the rule, in space, since they form by a relatively chancy process – the hot flyby. We should know soon enough if this idea holds water, since it predicts that chondrules will be rare on asteroids. Both Japan and the United States have ongoing missions to nearby asteroids that will return samples over the next few years.

If those asteroids are full of chondrules, like the hardened meteorites that make it to the Earth’s surface, then our model can be discarded and the search for a solution to the famous chondrule problem can go on. If, on the other hand, chondrules are rare on asteroids, then the flyby model will have passed an important test.