First giraffe genome reveals the oddity behind an African icon

The giraffe is an oddball, both outside and in. By sequencing the giraffe’s genome for the first time, researchers have learned that the animal’s extraordinary external features are matched by wild genetic traits buried inside its cells.

The genome unveils clues into how the giraffe developed its imposing stature, but also may lead the team to genetically engineer animals to carry the same features. Picture mice with long necks or absurdly strong hearts. Such research may guide future treatments for bone disorders, cardiovascular disease or cancer.

A giraffe’s juggernaut heart creates 2.5 times the blood pressure seen in humans and other mammals.
The project began in 2012 with a partnership between two geneticists, Doug Cavener of Pennsylvania State University and Morris Agaba at the Nelson Mandela African Institute of Science and Technology in Tanzania.

“The Nelson Mandela institute had just started, and we wanted to promote science Africa and the institution by sequencing one of Africa’s iconic animals,” Cavener said. “Morris and I came back six months later at meeting in Tanzania, and we had both come up with the idea of sequencing the giraffe.”

Yet a giraffe genome on its own doesn’t reveal much information. The team needed points of comparison, so they picked the okapi (Okapia johnstoni) and the cow. An okapi is the giraffe’s closest relative, but only grow to be about 8 feet long. Masai giraffes, by contrast, can grow up to 18 feet. 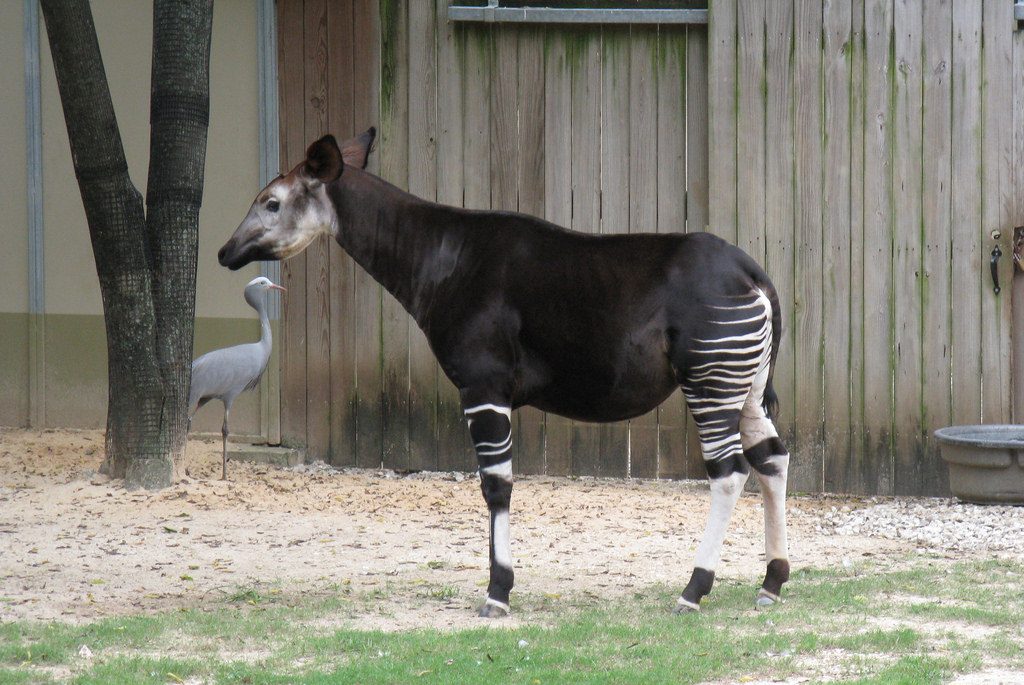 Okapi at the Houston Zoo. Photo by Jim Ellwanger via Flickr

Okapis also lack the giraffe’s standout features of a long neck and a turbocharged heart. A giraffe’s juggernaut heart creates 2.5 times the blood pressure seen in humans and other mammals. The cow is distant relative of giraffes and okapis, so it provides a good template for contrast.

The team sequenced the genomes of two Masai giraffes (Giraffa camelopardalis tippelskirchi) and one okapi, and found both species carry about 17,000 genes. Next, the researchers performed a Polyphen2 analysis, which is akin to playing the game Spot the Difference except with genetic code.

The Polyphen2 looks for genetic changes — or mutations — shared between species. These mutations alter how cells behave and offer clues into how animals evolved over time.

“People might think that the giraffe’s novel features were caused by the addition of new genes. But the giraffe has the same core set of genes that all mammals have, including humans, and the same developmental pathways to orchestrate growth,” Cavener said. 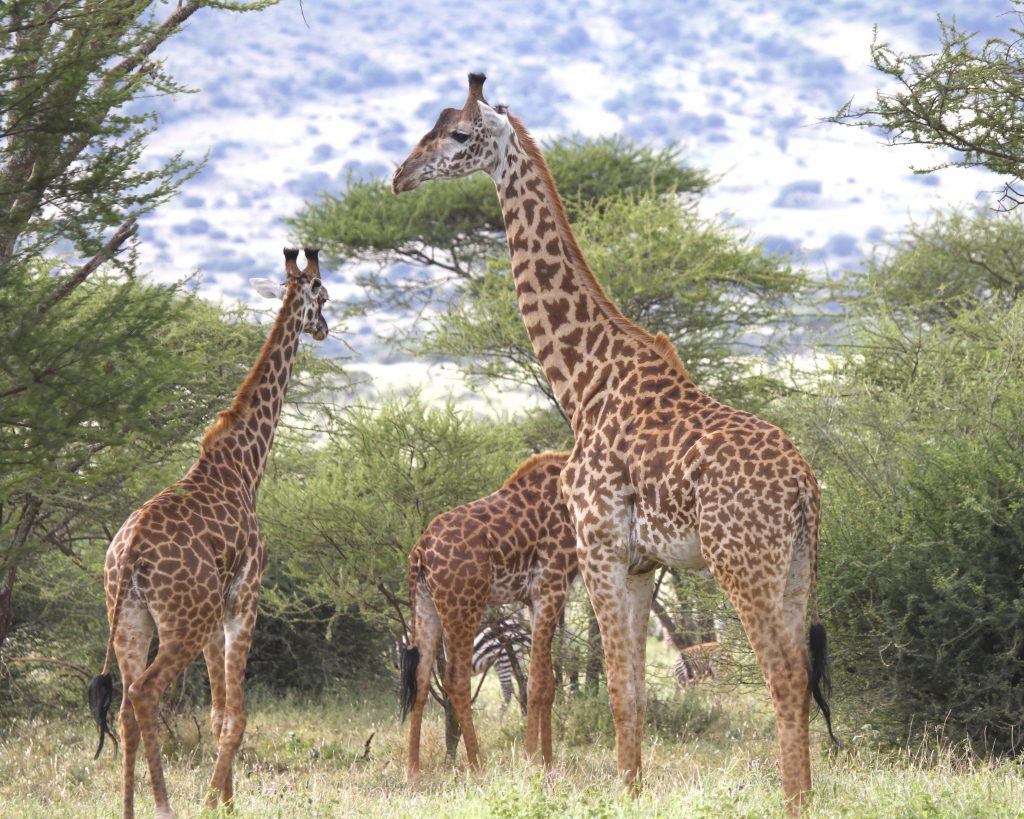 The analysis found 70 genes with multiple signs of adaptation. One gene — FGFRL1 — contained a cluster of mutations in the giraffe but not the okapi, cow or other species.

“FGFRL1 mutations cause growth abnormalities in skeletal system and the cardiovascular system,” Cavener said. “These are the two systems, which are the most obviously adapted in giraffes.”

Long-necked birds like ostriches pull off the feat by adding vertebrae — the bony chain links of the spine — as they grow. A giraffe’s long neck is unordinary because it doesn’t contain extra vertebrae. Human necks carry the same number of vertebrae as giraffes, but theirs are longer in the vertical direction. Cavener said the giraffe’s FGFRL1 mutations may extend these bones. 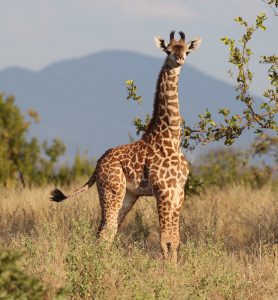 But you can’t create a long neck without evolving a way to get blood to the brain. Changes in the giraffe’s stature must have been accompanied by shifts in the cardiovascular system.

“I’m excited because these same genes may have been simultaneously modifying both the cardiovascular system and the skeletal system during evolution,” Cavener said.

The mutations don’t end there. Giraffes and okapis harbor traits in their MDC1 gene that may ward off DNA damage and cancer. These genes exhibit “the most radical evolutionary change in giraffe and okapi compared with all other vertebrates,” according to the team’s report in the journal Nature Communications.

There was an old theory that larger animals like elephants have a greater risk of cancer. It only takes one cell to spawn cancer, so more cells equal higher cancer risk. However, a recent paper showed elephants possess extra copies of cancer-fighting genes — and the new findings suggest that giraffes carry similar protections.

Other giraffe-specific mutations appear tied to its ability to eat toxic acacia seeds and to ferment foods in its stomach for energy. Figuring out how to utilize these food sources may have been part stimulating developmental growth, Cavener said. Another set of mutations — in homeobox genes — sketch out an animal’s body plan during development and may guide the giraffe’s gigantic growth.

However, this study doesn’t directly answer the question of whether these mutations can actually build longer necks and stronger hearts. The team plans to test this idea by inserting the giraffe versions of certain genes into the mice by using gene editing tools like CRISPR.

“It could be that all bones will be a bit longer, which would be difficult to interpret, but we’re hoping for longer necks,” Cavener said.

Left: Masai giraffes at the San Diego Zoo. Photo by Amy the Nurse via Flickr