Scientists have discovered fragments of the earliest known pterodactyloid — ancient winged creatures with long skulls and necks, and short tails — that existed on earth about 163 million years ago, longer than previously thought, according to a new study published Thursday in the journal Current Biology.

“(The pterodactyloid) is the earliest, oldest and most primitive member of a group that would become huge. It would take over the skies. It would become the largest flying organism of all time,” said Brian Andres, lead author of the study and paleontologist at the University of South Florida.

“In paleontology, we love to find the earliest members of any group because we can look at them and figure out what they had that made the group so successful,” Andres added. 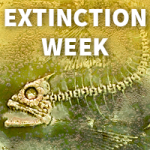 Pterosaurs, the earliest flying vertebrates, first appeared in the fossil record around 228 million years ago. Almost all have been found to have long tails and short skulls, necks and hands. According to the study, some time during the Jurassic period, pterosaurs underwent a “body plan reorganization” that resulted in the origin of the more advanced pterodactyloids, which appeared 60 million years later.

But for decades an incomplete fossil record kept the pterodactyloid’s origins a mystery, forming a wide gap between giant flying reptile and its closest pterosaur relative. Without that link, researchers’ understanding of the pterodactyloid was stunted, leaving many questions about the creature’s and evolution unanswered.

Then, in 2001, an international team — that included Andres, George Washington University biology professor James Clark, and Xu Xing of the Chinese Academy of Sciences — found pterodactyloid fossil remains in the mud pits of northwest China. 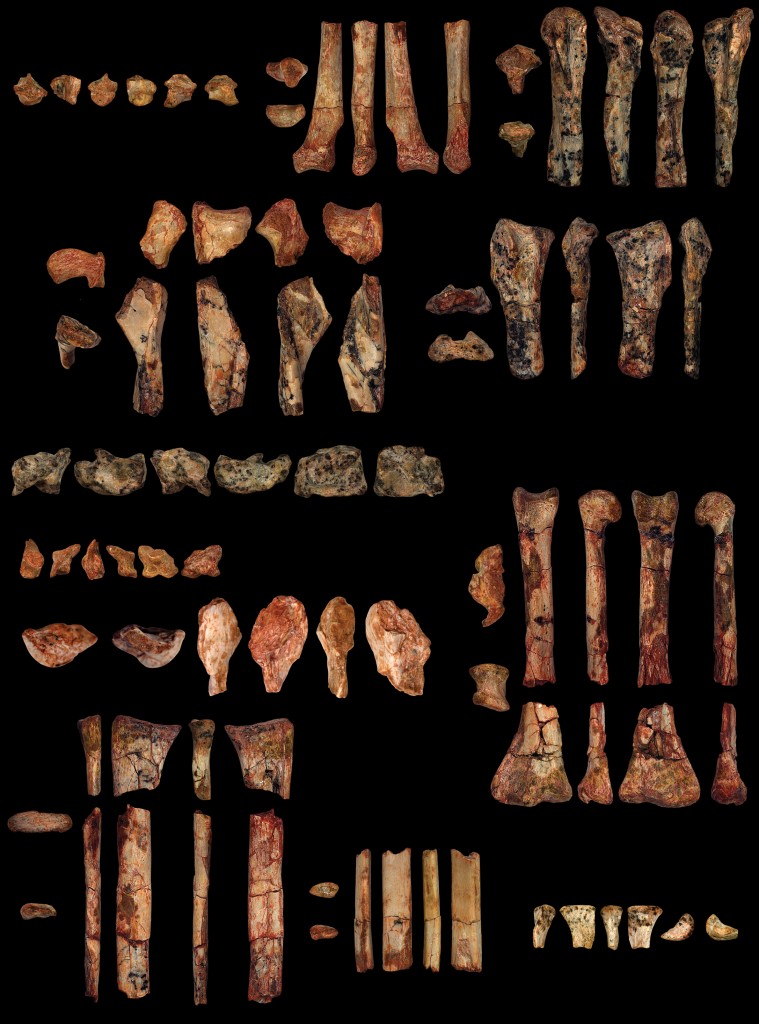 The preserved bones of Kryptodrakon progenitor (shown here in different views) has yielded new discoveries on the origin of the pterodactyloids, a group of flying reptiles that would go on to become the largest known flying creatures to have ever existed. Scale bar is 50 mm. Illustration by Brian Andres/USF

Andres named their discovery the Kryptodrakon progenitor (“hidden serpent”) as a reference to the 2000 “Crouching Tiger, Hidden Dragon,” which was filmed near the dig site.

The fossil fragments of Kryptodrakon progenitor extended the fossil record by more than five million years, said Clark, also a co-author of the study.

The fossil also has evolutionary features that exhibit the earliest evidence of the emergence of the pterodactyloid.

“The pterodactyloids, when they appear, they’re completely different from all of the other primitive groups. It’s as different as night and day,” Andres said. “The entire body changes.”

Similar to early pterosaurs, Kryptodrakon progenitor’s wingspan is about 4.5 feet, falling well below a wingspan of more than 30 feet seen in later pterodactyloids. But, Andres explained, among other features, it was an elongated metacarpal bone in the wing that helped classify the fossil fragments as those belonging to a pterodactyloid.

This particular bone is short and did not change in primitive pterosaurs, Andres said. But in pterodactyloids, the bone suddenly became very long and, “it pretty much became the most variable bone in the entire wing,” he said.

The metacarpal bone allowed a broader wingspan that proved more useful for the terrestrial environment where the specimen was found. It changed how the ancient beast walked and flew in its surroundings, Andres said, and allowed more wing shapes that were good for adapting to various environments.

The fossil fragments also challenged a long-held hypothesis that the pterodactyloid originated and thrived in marine environments.

Clark said that researchers hypothesized that pterodactyloids were mainly a marine group because they leaned heavily on specimens found in marine environments. Turns out, Clark explained, this was because the pterodactyloid’s brittle skeletons can be easily preserved in quiet, unhurried waters along a seashore.

On land, the large, hollow bones of a pterodactyloid face being crushed under millions of years of sediment build-up or disturbed by energetic rivers that can easily chew things up, Clark added. 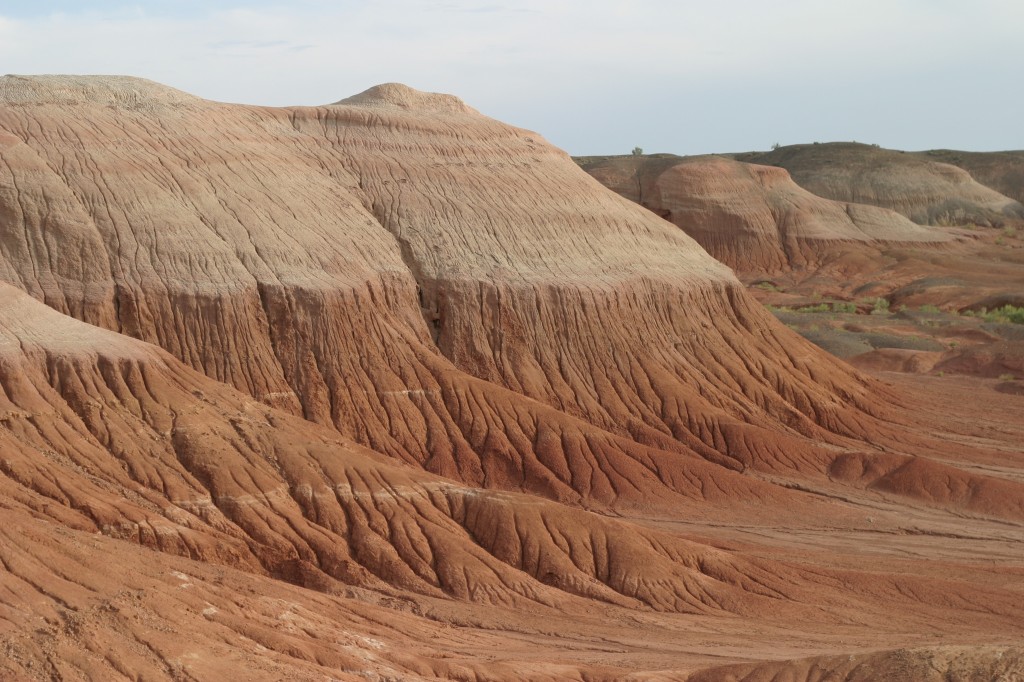 The remote Shishugou Formation in northwest China is a famous area for the discovery of dinosaurs, pterosaurs and other prehistoric creatures. The fossil that became the centerpiece of the new research on pterodactyloid pterosaurs was found in 2001 in the red mudstone layer shown here. The area was featured in the film “Crouching Tiger, Hidden Dragon,” which inspired the name for the newest discovery — Krypto (“hidden”) and drakon (“serpent”). Photo by James Clark / George Washington University

When Kryptodrakon progenitor was discovered more than 10 years ago, only bits and pieces were found, including a pelvis, shoulder and some wing bones, Clark said. A whole pterodactyloid skeleton has yet to be found.

Understanding that research bias, coupled with the discovery of Kryptodrakon progenitor’s elongated metacarpus, “now we know that most of [the pterodactyloids’] history is terrestrial,” Andres said. And, over the course of 150 million years of pterosaur history, that major evolutionary “switch” occurred near the origins of the pterodactyloids, he added.

About 66 million years ago, the pterodactyloids died out alongside the dinosaurs at the end of the Cretaceous Period during the K-T mass extinction event. Although pterosaurs are closely related to dinosaurs, they are not classified as dinosaurs. Dinosaurs and pterosaurs do share a common ancestor, but they are two distinct groups with their own evolutionary history.

Going forward, Andres hopes that the fossil record is expanded beyond broad terms — land versus sea or terrestrial versus marine environments.

But the study is the first step into understanding the ecology, the lifestyle of the pterosaur, he said.

Left: A diagram shows the fragmentary remains of "Kryptodrakon progenitor" found in the famed "dinosaur death pits” area of the Shishugou Formation in northwest China. Researchers focused on one of the palm bones, which is longer than its more primitive relatives and shows that it is the earliest known pterodactyloid pterosaur. The skeletal outline is Pterodactylus antiquus reprinted with permission from Peter Wellnhofer. Scale bar is 50 mm. Illustration by Brian Andres/University of South Florida