Global warming could drive 660,000 more people per year to Europe

The number of asylum seekers fleeing their home countries to the European Union will increase 188 percent — to 660,000 applications per year — by 2100 if carbon emissions and global warming continue on their current path, according to new estimates published Thursday in Science Magazine.

Where did these numbers come from? Environmental economists Wolfram Schlenker and Anouch Missirian arrived at these figures by combining asylum-application data with NASA projections on future earth warming. The pair from Columbia University looked at applications to 103 EU nations, filed between 2000 and 2014, and temperature variations in the home countries of those who applied. They found when severe fluctuations in temperatures happened, throwing off the optimal conditions for agriculture, asylum applications increased as a result.

Why it matters: “Our findings highlight the extent to which countries are interlinked, and Europe will see increasing numbers of desperate people fleeing,” Schlenker said. This comes at a time when “Europe is already conflicted about how many refugees to admit.”

Greenhouse gases, by nature, cross geographic borders, and Schlenker told the NewsHour that developing countries will be impacted more severely by climate change, resulting in a human spillover into more resilient nations. 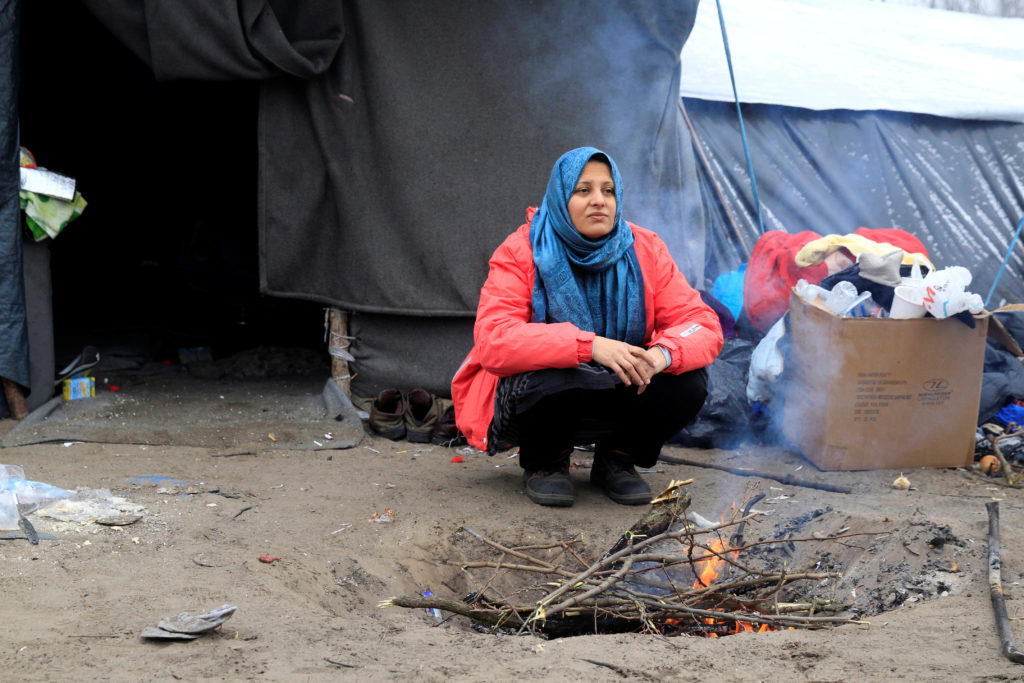 A migrant woman warms herself by the fire at a makeshift camp in the transit zone on the Serbian-Hungarian border near Horgos, Serbia January 9, 2017. Photo by Bernadett Szabo/Reuters

While the future extent of global warming is hard to guess, Schlenker said the best case scenario for emissions would limit warming to 1.8 degrees Celsius. But based on their predictions, asylum applications to the EU would still increase 28 percent — 98,000 extra applications annually.

The EU received 1.2 million applications from first-time asylum seekers in 2015, a record setting number and more than double the year prior. What’s more, about half of Europe’s asylum applicants from 2015 to 2016 still had decisions pending at the end of 2016.

“These findings will be especially important to policymakers since they show that climate impacts can go beyond the borders of a single country by possibly driving higher migration flows,” said Juan-Carlos Ciscar, an economics and climate expert at the European Commission’s Joint Research Centre, who wasn’t involved in the study.

What’s next: Solomon Hsiang, an economist at University of California Berkeley who has linked drought cycles to increased violence, predicts new institutions will be needed to manage the flow of climate asylum seekers.

On December 12, the two-year anniversary of the Paris climate agreement, leaders from across the Americas, including California Governor Jerry Brown, gathered in Ontario, Canada for the launch of Carbon Pricing in the Americas, to discuss carbon policies that work towards a low-carbon future.

The Trump administration spent much of 2017 pulling back on international climate commitments. In June, President Trump removed the U.S. from the Paris climate agreement, which aims to keep the Earth’s warming under 2 degrees Celsius by curbing greenhouse gas emissions. In November, Syria joined the Paris agreement, leaving the U.S. — the second largest carbon emitter in the world — as the sole country opposed to the climate accords. 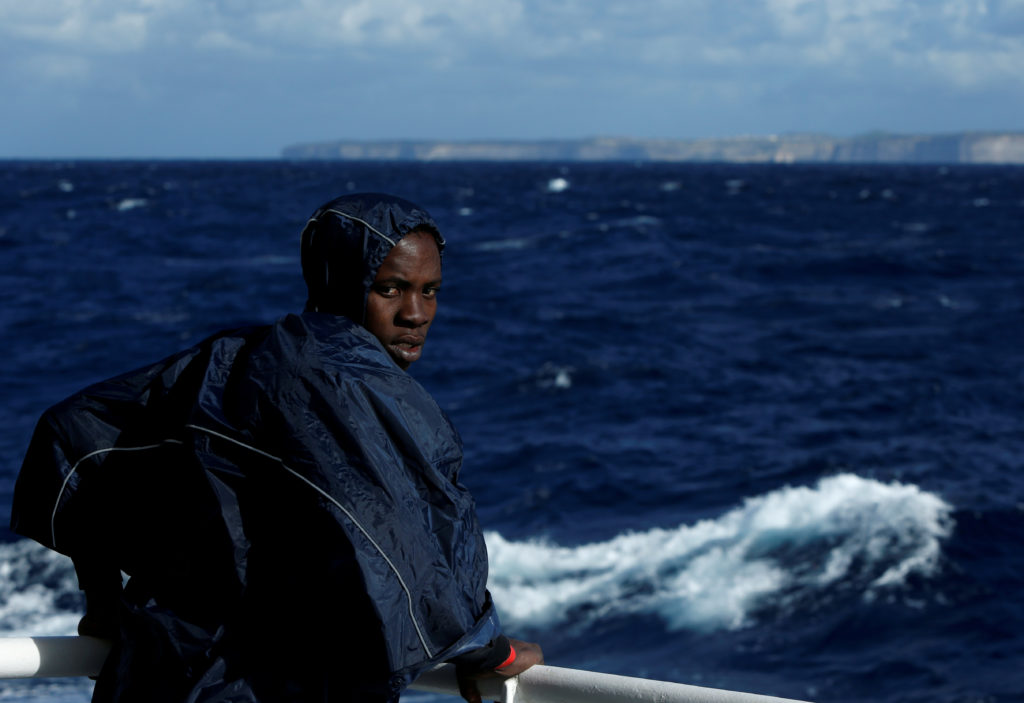 A migrant stands on the deck of the MV Aquarius, a search and rescue ship run in partnership between SOS Mediterranee and Medecins Sans Frontieres, as it passes the Maltese island of Gozo while making its way to the Italian island of Sicily after rescue operations in the central Mediterranean off the coast of Libya, December 17, 2017. Photo by Darrin Zammit Lupi/Reuters

Scott Pruitt, head of the Environmental Protection Agency, began the process of repealing the Clean Power Plan, an Obama-era rule meant to curb carbon emissions at U.S. power plants. In addition, the Trump administration revised the social cost of carbon — the socioeconomic price of emitting one ton of carbon into the air. Under Obama, the cost was $36 per ton emitted, but Pruitt’s EPA revised the price down to $1 and $6 per ton.

For years, scientists have argued human migration will be on the rise as long as temperatures continue to increase. This study represents one piece of a growing body of scientific evidence linking climate change to forced migration and human conflict.

“There are tremendous costs, both for refugees and their hosts, when we are caught flat footed,” Hsiang said. “We should plan and prepare.”

Left: A migrant waits for the MV Aquarius, a search and rescue ship run in partnership between SOS Mediterranee and Medecins Sans Frontieres, to enter Pozzallo on the island of Sicily, Italy, December 18, 2017. Photo by Darrin Zammit Lupi/REUTERS