Just Ask: Probing the Sun … How Close Can We Get? 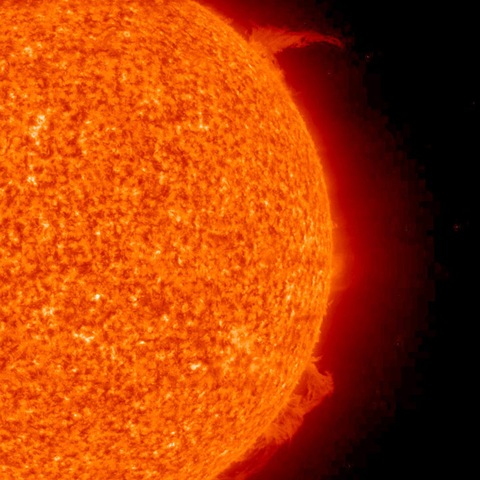 At what point would a spacecraft approaching the sun vaporize? — Bob Rinehuls

We all know the tale of Icarus. He attempts to escape imprisonment in Crete with wings made of feather, wood and wax. Ignoring his father’s warnings, he flies too close to the sun. The wax melts. Icarus plummets to his death.

For a spacecraft, the ability to fly safely near the sun depends entirely on its material, its design, and its fly-by trajectory.

The sun is still an unexplored frontier. The deep-space probe Helios 2 has flown closer to the sun than any other spacecraft; it made it 32 million miles from the sun’s center. But a team of NASA scientists have designed a spacecraft that can survive at a distance eight times closer than that.

“If 4 million miles doesn’t sound close – it is,” says Andy Dantzler, program area manager for civilian space at the Johns Hopkins University Applied Physics Laboratory. “Consider that we’re 93 million miles away from the sun, and things are pretty toasty at the equator.”

The purpose of the Solar Probe Plus mission is to study the high-energy particles – often referred to as solar wind — that blast out from the sun and into space.

The outer atmosphere of the sun is steadily escaping into space, and creating this solar wind, says Madhulika Guhathakurta, a Solar Probe Plus program scientist at NASA. “Sometimes this wind takes on a gusty form, and we have solar storms, coronal mass ejections or solar flares.”

Solar storms are strong enough to knock out our GPS navigation, smart power grids and weather and communications satellites, but they’re not terribly well understood. 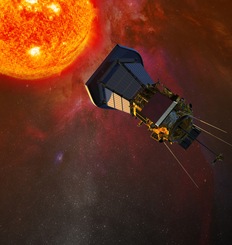 NASA’s solar probe will whip around the sun several times, getting closer and closer each time (see an illustration at right). After 21 circles, it will fall into a stable orbit at the 4-million-mile distance from the sun’s center. That’s well within the corona, the fiery atmosphere beyond the sun’s ball.

The probe, which is lightweight, but rugged, is made of carbon-carbon material, layered around foam. Once within the corona, it will be exposed to temperatures of 2,600 degrees Fahrenheit. Its instruments are designed to measure the corona’s magnetic field, particle distribution and radiowaves. A sunshield will protect it by dissipating some of the heat.

Some of the sun’s most basic function’s are still a mystery, and this mission aims to change that, Dantzler says. Solar wind, for example, travels at the speed of sound at the sun’s surface, but closer to lightspeed in the corona. “That has something to do with the magnetic fields of the sun, but we don’t understand exactly how it works. So we have to send something that goes inside the corona, inside that big fiery part, to investigate.”

NASA has said the launch of Solar Probe Plus will happen “no earlier than 2018.”