NASA’s Mars landing team was on “cloud nine” Friday after getting the first close-up pictures of a rover descending to the dusty red surface.

The best photo was released less than 24 hours after the Perseverance rover successfully touched down near an ancient river delta.

NASA equipped the spacecraft with a record 25 cameras and two mics, many of which were turned on during Thursday’s descent.

Perseverance can be seen in stunning detail just 6 1/2 feet (2 meters) off the ground, being lowered wheels first by cables attached to an overhead sky crane, the red dust kicked up by rocket engines. 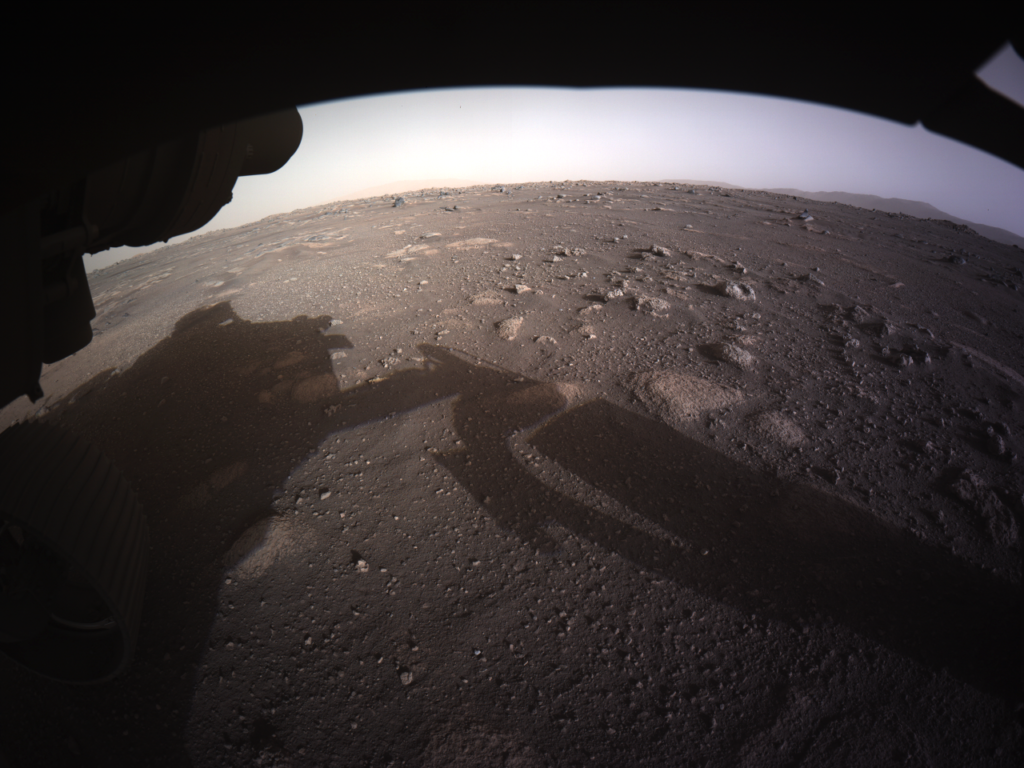 This is the first high-resolution, color image to be sent back by the Hazard Cameras (Hazcams) on the underside of NASA’s Perseverance Mars rover after its landing on Feb. 18, 2021. NASA/JPL-Caltech

NASA promises more photos in the next few days and possibly also an audio recording of the descent.

Chief engineer Adam Steltzner called the picture “iconic,” putting it right up there with photos of Apollo 11’s Buzz Aldrin on the moon, Saturn as seen by Voyager 1, and the Hubble Space Telescope’s “pillars of creation” shot.

A number of thumbnail images have been beamed down so far, too many to count, according to officials.

The spacecraft is healthy, according to officials, after landing on a flat, safe surface with just 1 degree of tilt and relatively small rocks nearby.

For now, the systems are being checked It will be at least a week before the rover starts driving. 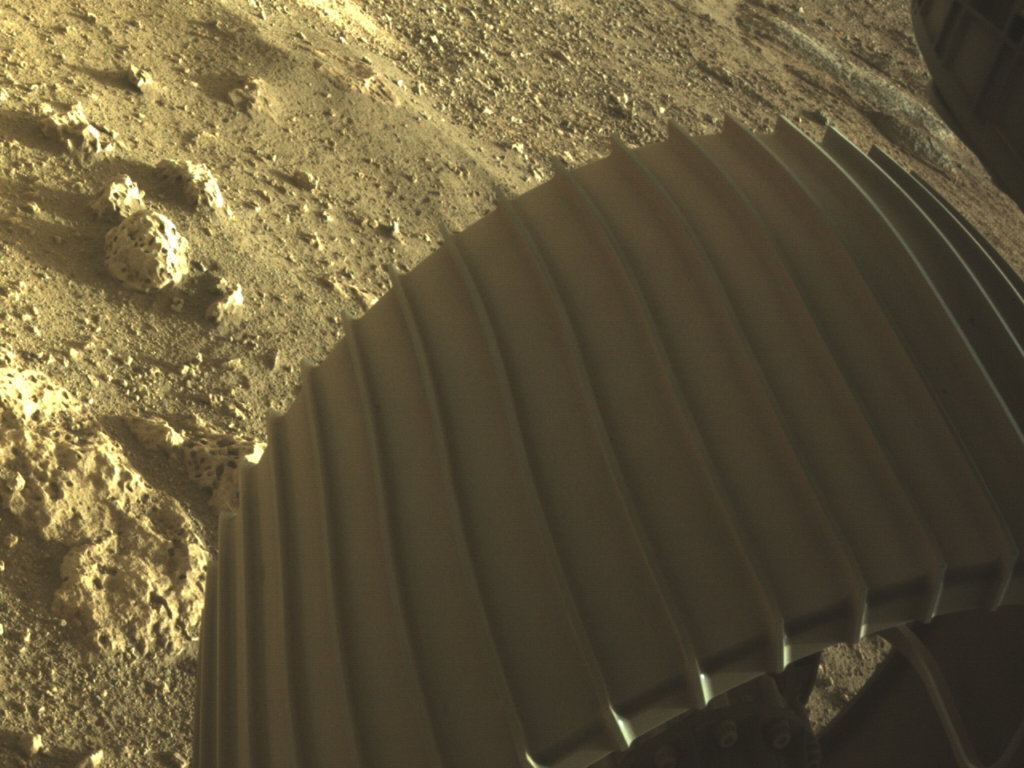 This high-resolution image shows one of the six wheels aboard NASA’s Perseverance Mars rover, which landed on Feb. 18, 2021. The image was taken by one of Perseverance’s color Hazard Cameras (Hazcams). NASA/JPL-Caltech

Left: High-resolution still image, part of a video taken by several cameras as NASA’s Perseverance rover touched down on Mars on Feb. 18, 2021. A camera aboard the descent stage captured this shot. NASA/JPL-Caltech