Photos: Why did the Kilauea volcano make a pink plume?

Hawaii’s Kilauea volcano erupted on Thursday, cracking roads and spewing sulfuric gas. The event forced the evacuation of more than 1,500 people and triggered a series of earthquakes, including the largest to hit the island in more than 40 years, a magnitude-6.9.

Hours before the volcano woke, it spewed a plume of pink ash hundreds of feet into the air. How come? 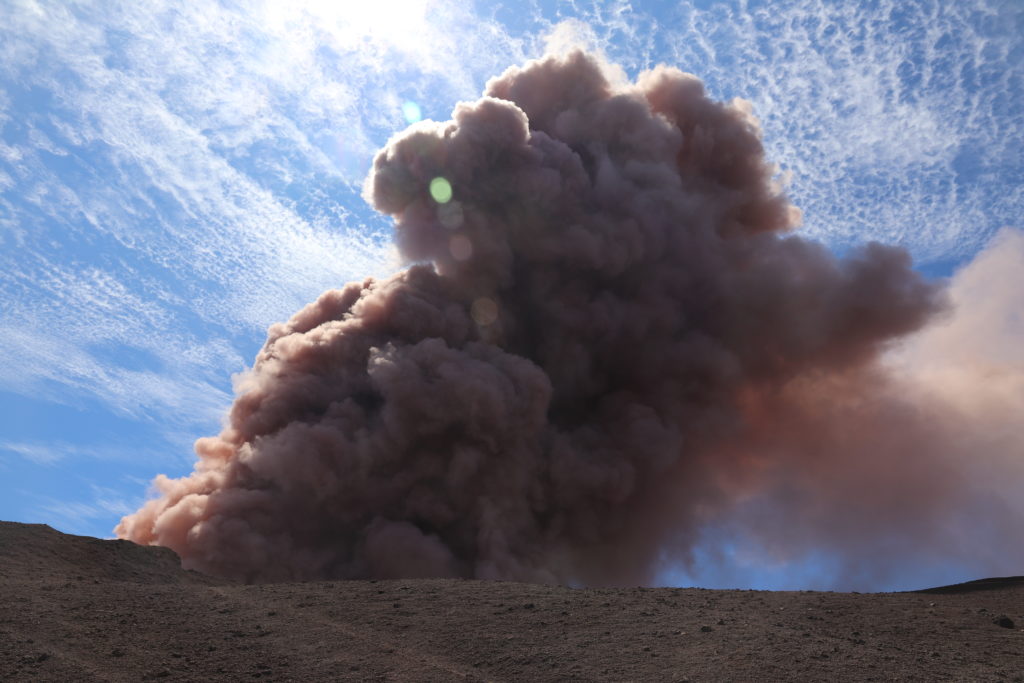 Moments after an earthquake, a collapse occurred in the crater of Pu’u ‘O’o, creating a robust, reddish-brown ash plume. Photo and caption by USGS

Janine Krippner, a volcanologist at Concord University in West Virginia, said via Twitter the plume is pink because the basaltic rock surrounding the Pu’u ‘O’o crater is red. 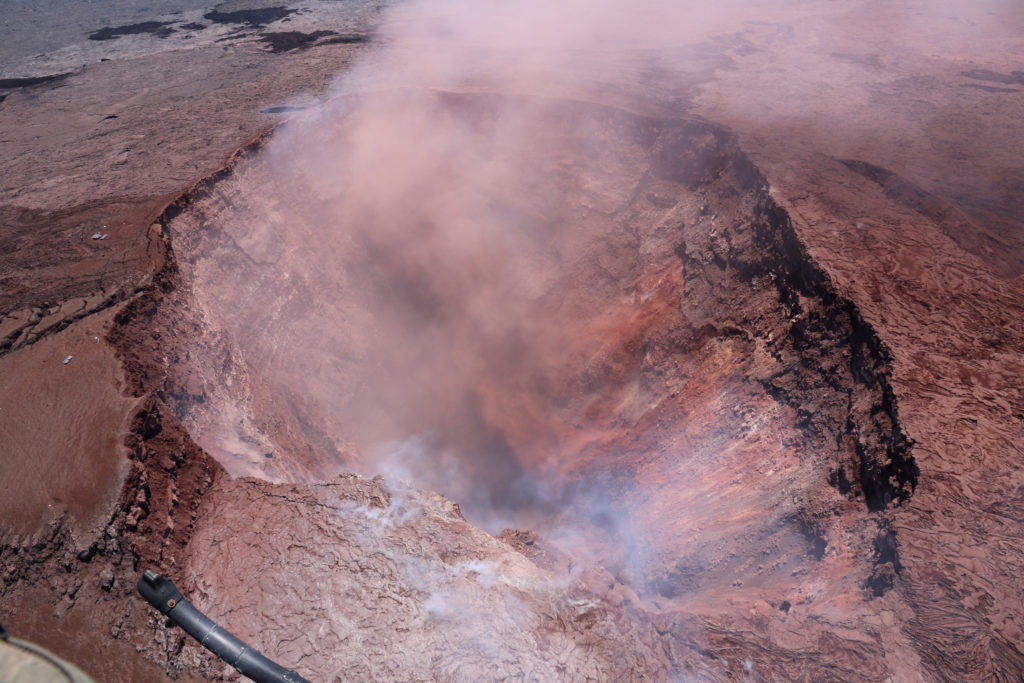 The Kilauea Volcano’s Pu’u ‘O’o crater is seen in this aerial image after the volcano erupted following a series of earthquakes over the last couple of days, in Hawaii, U.S., May 3, 2018. Picture taken May 3, 2018. Photo by USGS/Handout via Reuters

Pu’u ‘O’o is a volcanic cone in the eastern zone of Kilauea. The extreme heat from the volcano had caused igneous rock in Pu’u ‘O’o to oxidize, chemically react with oxygen, turning it red.

Part of the Pu’u ‘O’o cone collapsed on Thursday after an earthquake, forming the crater. When the crater exploded, it basically entrained red rock “dust” (ash) into the plume, Krippner said. 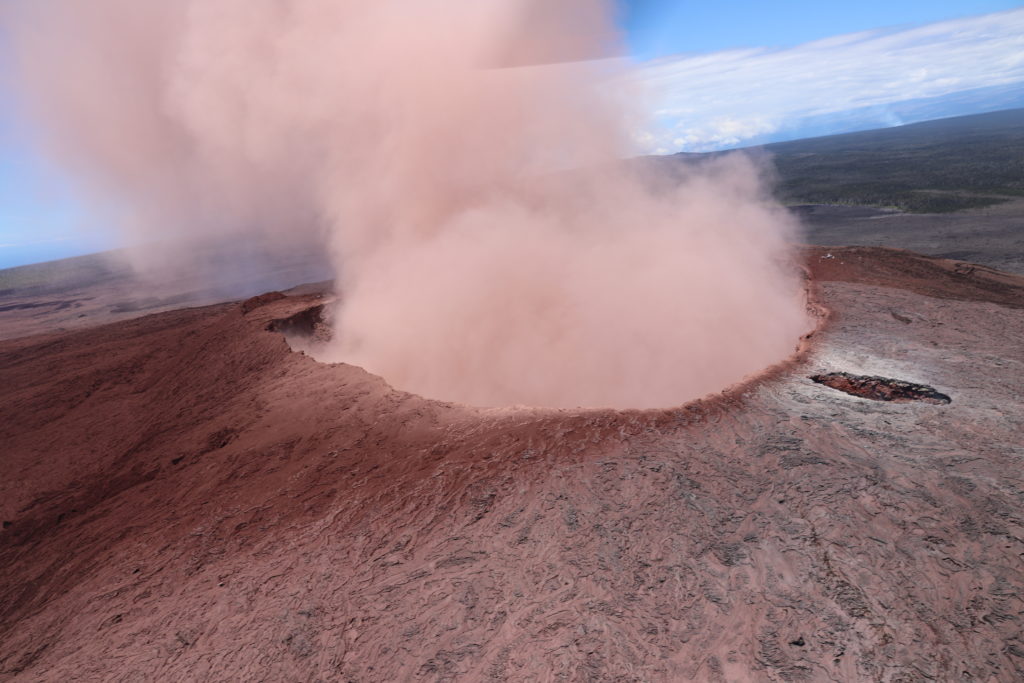 A view of Pu’u ‘O’o cone from the east, shortly after a small collapse. The coating of red ash on the south side of the cone is evident. Photo and caption by USGS

On Saturday, two new volcanic vents formed, raising the total number of vents to eight. Along with spurring a mass evacuation, the geological disturbances temporarily knocked out power for 14,400 customers.

Left: An ash cloud rises above Kilauea volcano after it erupted, on Hawaii's Big Island May 3, 2018, in this photo obtained from social media. Photo by Janice Wei/via REUTERS