A treasure trove of ancient eggs — 215 to be exact — exposes how flying reptiles called pterosaurs developed in infanthood and how parents took care of their young. Paleontologists previously thought this long-snouted species was more mentally mature than other prehistoric flyers, but the findings, published Thursday in Science, suggest pterosaur newborns were underdeveloped at birth and needed more parental care than previously thought.

Where paleontologists discovered the eggs: The 215 pterosaur eggs in question belong to the species Hamipterus tianshanensis and hail from China. This species existed during the Lower Cretaceous geological period, so sometime between 145 million years ago and 100 million years ago.

Such a massive collection of ancient eggs is a rare find. In recent years, paleontologists unearthed five eggs from China and one egg from Argentina. Typically, a “clutch size” — the number of eggs laid together — comes in twos.

The researchers speculate a storm might have hit a large colony of pterosaur nests buried in mud and washed them into a lake. This is likely why the scientists found the eggs in sandstone sediments. But even without this storm, it appears pterosaurs were living in large numbers in this area. 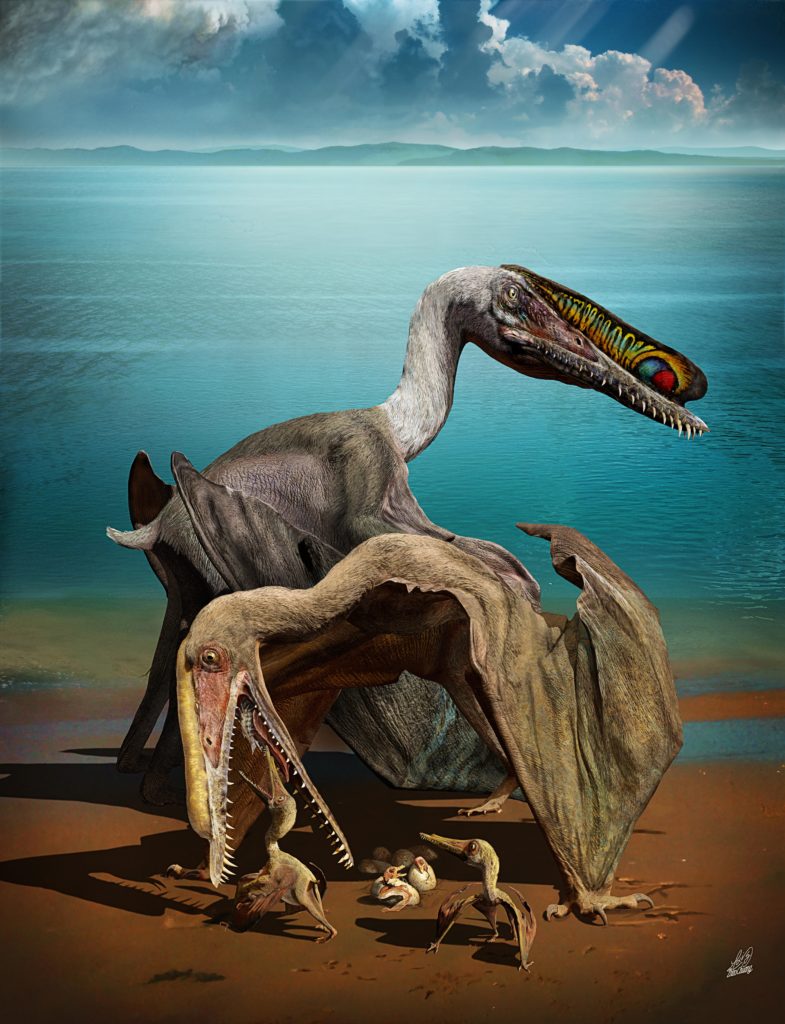 An artist’s rendition of pterosaur parents with hatchlings. Illustrated by Zhao Chuang

The cool part: The eggs, though they survived this long, are delicate. To look inside without causing damage, the team used CT scans and found 16 of the eggs still had remnants of their embryos. Each embryo varied in its stage of development, but all the eggs had well-developed thigh bones and underdeveloped pectoral muscles. One embryo, which the team classified as the most mature, had partially developed wings and skull bones, as well as a complete lower jaw.

From this, the team thinks pterosaur hind legs developed faster than their forelimbs, meaning babies are born able to walk around but unable to fly.

What does this mean for pterosaur parenting? Other telling signs from the eggs, such as growth marks on bones, helped the team estimate the age of the babies. They report that one of the eggs had a hatchling that was at least 2 years old, which supports a previous hypothesis: Pterosaurs need to develop in the egg for longer periods of time, similar to how human babies develop in the womb for nine months.

The team also discovered that these embryos lacked teeth at this stage of development. If pterosaurs hatched without teeth, then the young reptiles may have needed additional care or help with feeding. Other paleontologists think if the pterosaurs had stayed in their eggs longer, fully grown teeth and better developed skull would have been more likely. 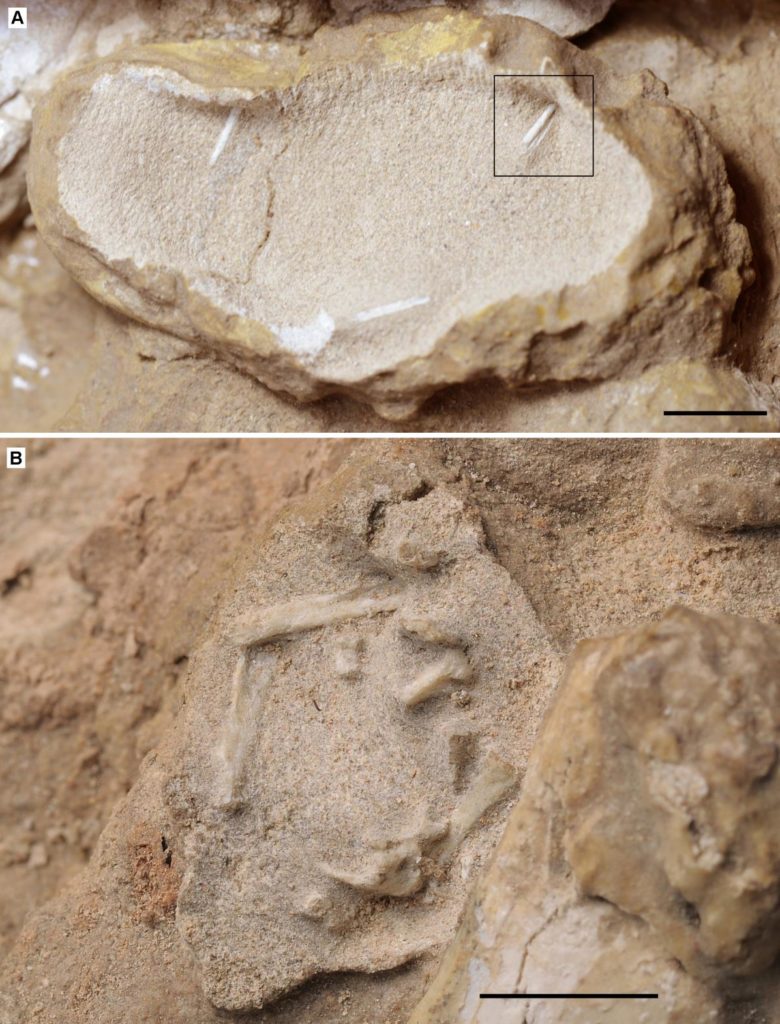 This is a close-up of two different pterosaur eggs with embryos and bones popping through. The scale bar is 10 millimeters, showing how small the eggs really were. Photo by Xiaolin Wang and Alexander W. A. Kellner

Where do these eggs leave us? Before this wealth of pterosaur samples, paleontologists wondered how these prehistoric creatures mingled. So seeing, for the first time, a large colony of nests sparks some interesting ideas. Could raising their young together mean pterosaurs were social and nurturing toward one another? The team hopes to use these eggs, and any others they unearth, to glean even more insight into pterosaur parenting and communal life.

Left: This is a close-up of one of the eggs with an embryo popping through. The scale bar is 10 millimeters, showing how small the eggs really were. Photo by Xiaolin Wang and Alexander W. A. Kellner