What are Quasicrystals, and What Makes Them Nobel-Worthy? 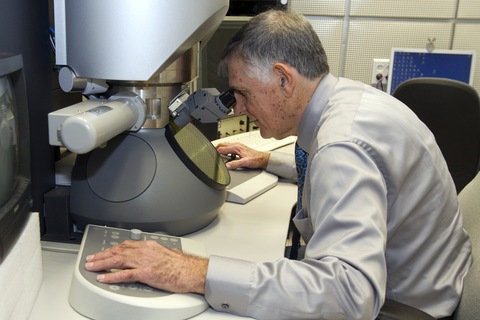 The 2011 Nobel Prize in chemistry was awarded on Wednesday to an Israeli scientist named Dan Shechtman who discovered a type of crystal so strange and unusual that it upset the prevailing views on the atomic structure of matter, leading to a paradigm shift in chemistry.

But why? What’s so special about quasicrystals?

Schectman’s is an interesting story, involving a fierce battle against established science, ridicule and mockery from colleagues and a boss who found the finding so controversial, he asked him to leave the lab.

Most crystals are composed of a three-dimensional arrangement of atoms that repeat in an orderly pattern. Depending on their chemical composition, they have different symmetries. For example, atoms arranged in repeating cubes have fourfold symmetry. Atoms arranged as equilateral triangles have threefold symmetries. But quasicrystals behave differently than other crystals. They have an orderly pattern that includes pentagons, fivefold shapes, but unlike other crystals, the pattern never repeats itself exactly.

Pat Theil, a senior scientist at the U.S. Energy Department’s Ames Laboratory and a professor of materials science at Iowa State University, uses the analogy of tiling a bathroom floor. Only tiles of certain shapes fit together snugly without creating unsightly holes.

“If you want to cover your bathroom floor, your tiles can be rectangles or triangles or squares or hexagons,” Thiel said. “Any other simple shape won’t work, because it will leave a gap. In a quasicrystal, imagine atoms are at the points of the objects you’re using. What Danny discovered is that pentagonal symmetry works.” 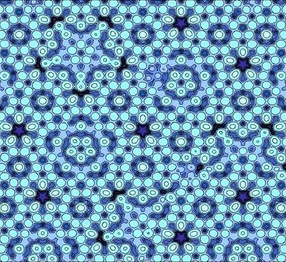 But since pentagons can’t fit together like squares or triangles can, nature places other atomic shapes into the gaps. Glue atoms, she calls them.

Shechtman first saw the startling image while studying a rapidly chilled molten mixture of aluminium and manganese under an electron microscope. It was April 8, 1982. What he saw appeared to counter the laws of nature. He entered it into his notebook, and jotted three question marks next to note.

“Eyn chaya kazo”, Daniel Shechtman said to himself in Hebrew, according to the Royal Swedish Academy of Sciences: “There can be no such creature.”

Thiel, who knows Schectman well, describes him as an “excellent, excellent electron microscopist” who also started a wildly popular entrepreneurship class despite resistance from the university. “If you look at historical materials, people probably had found quasicrystals before,” she said. But they didn’t have the tools or the gumption to say what they were seeing. Danny had both.”

Scientists often study crystals using electron microscopes or X-ray diffraction. By measuring how the X-rays or electrons are diffracted, scientists can determine the patterns in which atoms are arranged inside the crystals.

The finding was more than just conceptual. Quasicrystals have been used in surgical instruments, LED lights and non stick frying pans. They have poor heat conductivity, which makes them good insulators.

However, their low tolerance and a restrictive French patent has limited their practical applications, Thiel said.

The real implications of the discovery may still lie in the future, said Bassam Shakhashiri, professor of chemistry at the University of Wisconsin-Madison and president-elect of the American Chemical Society.

“This is how we make progress in science,” he said. “By validating the observations and making sense of them. Subjecting one’s discoveries to scrutiny is very important. It’s a glorious day for scientists, and it demonstrates how important it is to stay in pursuit of knowledge.”