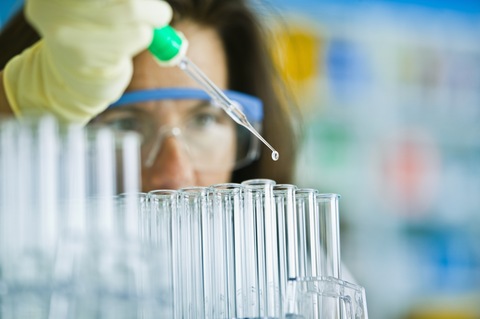 Shree Bose, who won the grand prize at this year’s Google Global Science Fair, credits her love of science to her big brother, Pinaki. As a child, he had a habit of teaching her what he’d just learned in science class. How atoms work, for example.

“He’d spend an hour trying to explain the concept,” she said. “He’d gesture wildly with his hands. He was trying to get my brain to wrap around the idea that everything we see and touch is made up of tiny, tiny parts. He had so much passion and enthusiasm for it.” She was 6 then; he was 8.

Now 18 and a senior in Fort Worth Texas, Bose swept the prestigious national competition – and scored $50,000 — for tackling ovarian cancer. She discovered a protein that keeps cells from growing resistant to the chemotherapy drug cisplatin. Among the five finalists in her age group, she was the only female.

Consider these numbers: In 2008, 41 percent of college freshman men planned to major in science and engineering, compared to 30 percent of women, according to the National Science Foundation’s Women, Minorities, and Persons with Disabilities in Science and Engineering report. Some areas of science do attract more women than men, such as biology and social and behavioral sciences. But computer science, physics and engineering are overwhelmingly male.

(It should be noted that America as a whole has been outpaced by competitors for years now when it comes to science and math education. In a 2009 math and science exam given to students all over the world, U.S. students placed 25th in math and 17th in science, compared to other countries.) 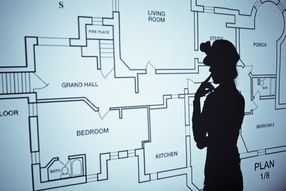 It’s not all bad news in engineering. While master’s degrees awarded to women hovered at 22.6 percent in 2010, a slight dip from 2008 and 2009 levels, bachelor’s degrees among women climbed to 18.1 percent, and more engineering doctorates – 22.9 percent – were awarded to women than any time in the past, according to the American Society for Engineering Education.

Angela Bielefeldt* is a professor of civil and environmental engineering at the University of Colorado Boulder. The percentage of women in her classes is dismal, she said. Of the 60 to 80 students that take her freshman civil engineering class, only 10 to 12 are generally women.

Bielefeldt has been on the hunt to explain – and fix – this yawning gender gap. Inherent differences between the genders can explain some, but not all of it, she says. Every year, her students write personal essays on what engineering means to them, and she pays close attention to what her female students say. Some say they find the scarcity of women to be isolating; others cite subtle discrimination.

“Frequently, you see women relegated to very traditional roles – I’ll build the robot, and you can be secretary for the group,” she said. “Unless you’re very assertive, men can take over the group.”

And while female engineering majors grade just as well as men, they have a tendency to underrate their technical abilities, she said. “Women tend to leave engineering with higher grade point averages than the men… but they perceive that their technical skills are sometimes different. And they’re not different, in reality.”

Bielefeldt herself landed in engineering almost by accident. She was a “painfully shy” high school student in need of a summer job, she said, and too shy to walk into a mall. But an eight-week engineering research program at Iowa State University required simply filling out an application — read: no talking required. So she pounced. She spent the summer researching water quality by treating water samples in a chemistry lab, and stayed on in the lab through high school and college. She loved the hard science – the microbiology and chemistry – but also the bigger picture. “You’re connected to land, but you don’t think of all the ramifications of pesticide use and fertilizer use,” she said. “The broader environmental human health effects were pretty compelling.”

That big picture aspect is important to many women, she’s discovered. “I often see female students who say, ‘I want to be in engineering to help people, to have positive impacts on society and the environment.'”

Women also lag behind in computer science. Only 19 percent of software developers are women, according to the Bureau of Labor Statistics. And this means women may be missing out on incredible job opportunities, said Maria Klawe, president of Harvey Mudd College.

Plus, she adds, losing that female perspective translates to the technology we’re not seeing in the market.

“If you cut out essentially half of the population, you’re going to have a lot of creative ideas that never make their way into technology, because you’re just not having those people involved in it.”

A new paper looks at yet another area where women are lagging: patents. Only 5.5 percent of commercial patent-holders were women, according to the paper. And the gap can’t only be attributed to fewer women in the field. Even within the field, female engineers are less likely than males to work in development or design, where patents originate, according to Jennifer Hunt of Rutgers, the paper’s lead author.

And this has serious economic consequences: Eliminating the patenting shortfall “would increase U.S. GDP per capita by 2.7%,” the paper says.

Retention is another important part of the puzzle. Hunt has also studied women who exit the science and engineering fields. In most fields of science, she found, the exit rate for female engineers is much higher than in other scientific fields. And the more male the field, the more women are likely to leave, her data shows. She also found their reasons for leaving often linked to pay and promotion.

“Women in the engineering field are having a harder time advancing compared to other fields,” she said.

A lack of female mentors, subtle discrimination or work conditions in which men talk in a way that women found disrespectful were also common factors. “That sort of thing can be offputting and harder to measure, Hunt said.

Madline Heilman, a psychology professor at New York University and an expert in gender stereotypes, thinks the problem is more deeply rooted than many realize. Women, Heilman said, are seen as communal, caring, emotional and concerned about others; men as intellectual, rational, logical.

“If you ask someone to describe a man and a woman, you get remarkably similar responses to what you got years ago,” she said. “That’s residual of the roles that men and women played when women were the caretakers and men were the workers. Those perceptions have held, and for some reason, there’s a stake in maintaining those roles in the world.”

She takes it a step farther. When women do excel in male-dominated jobs, they’re not generally celebrated for it. In fact, women may be penalized for being too ambitious, too confident, too assertive.

How does this fit into science? The requirements for doing well in certain scientific fields don’t fit with the attributes women are considered to have, Heilman said. “And if they do get in, they’re ostracized, sidelined and seen as unlikeable, and that makes it unpleasant to stay.”

At CU Boulder, Bielefeldt and colleagues have developed a marketing campaign designed to draw women into the engineering field. They emphasize that engineering is about creativity, having a positive impact on society and teamwork. The university also has an outreach program that sends college engineering students to mentor younger students in afterschool programs.

“The farther down, the better,” Bielefeldt said. “If they don’t find it interesting and exciting early on, they wouldn’t be tracked into appropriate math and science courses.”

Just yesterday, The White House Council on Women and Girls held this event in the Eisenhower Executive Office Building to encourage more girls to get involved in science, engineering, technology and math.

There’s this group, made up of NBA and NFL cheerleaders, each with a science or math background, who are tackling the issue with a high kick and a pair of pom poms. They’re slated to perform a cheer at the USA Science and Engineering Festival in Washington, DC this weekend. Here’s a look at their appearance at that festival last year:

And the NewsHour also reported last year on the growing Make Movement, a hands-on movement designed to get kids hacking, tweaking and building cool things in their garages, backyards and basements.

A note of warning from Klawe though: starting before high school leaves four long years for the students to get disinterested in the sciences. Her strategy: to capture their attention as soon as they enter college.

“You get them into an intro computer science course that is absolutely fascinating and fun and creative,” she said. “And you have them have so much fun that they just can’t believe that this is really computer science.

They’ve done just that at Harvey Mudd with a computer course designed with women in mind.

“We have all kinds of students who arrive saying, ‘I hate computers.’ But they have to take a computer science course in the first semester. And halfway through the semester I’ll be asking them, ‘What do you think, what’s your favorite course?’ And probably 90% say, ‘CS5. I hate computers, I hate computing, but oh my God, that’s the greatest course ever.’

Stanford University and University of California, Berkeley have also redesigned computer courses to make them more appealing to women.

Still, Bielefeldt said, after years of trying different things, they still struggle to draw more women into these male-dominated sciences.

“The important thing to note is how long we’ve been at this,” Bielefeldt said. “The fact that we’ve made no tangible forward progress despite working on this for a long time is puzzling and depressing… and again, we’re not sure what the secret is.”

*For the record, Angela Bielefeldt is a science advisor for the NewsHour.

Photo credit: A shadow of a female engineer is cast on a projection screen. Photo by Kutay Tanir and Getty Images.

Have questions for Shree Bose or Angela Bielefeldt? Chat with them live online on Friday from 12-1 p.m. ET. Submit your questions and thoughts here and with the hashtag #WomenInSTEM on Twitter.