Four failed attempts and years of effort paid off Friday, as the SpaceX Falcon 9 rocket booster re-entered Earth’s atmosphere and lowered itself vertically onto a floating platform in the Atlantic Ocean — the company’s first successful landing at sea.

The aerospace and space transport company landed the rocket on terra firma once before, but its size — 12 stories tall and a diameter about the length of Volkswagen Beetle —  made bringing it to a platform bobbing in the open ocean challenging. 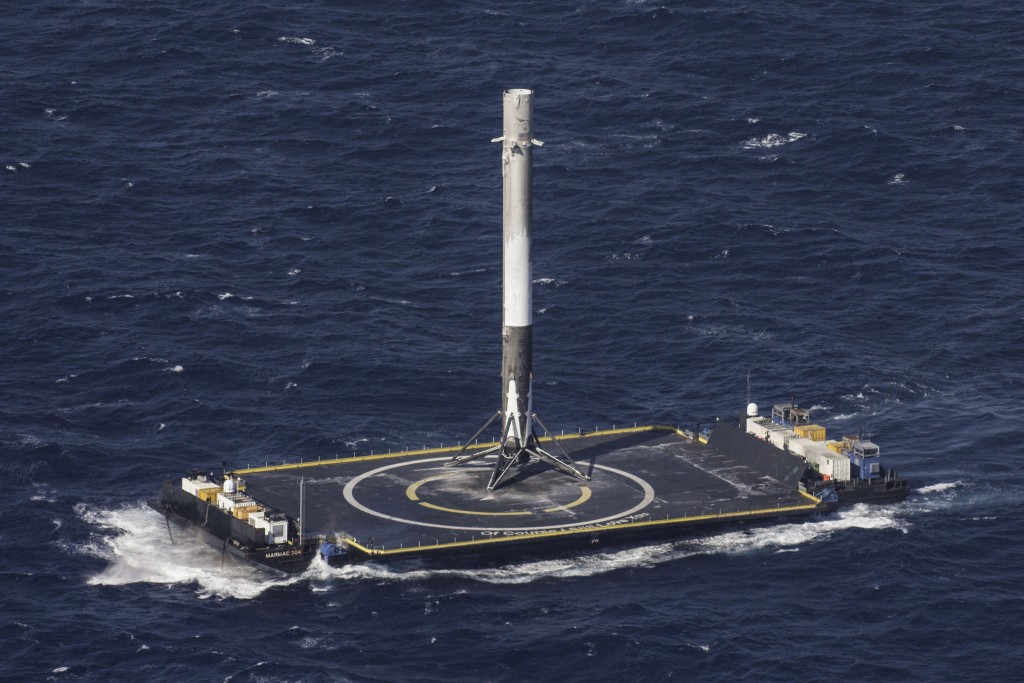 The reusable main-stage booster from the SpaceX Falcon 9 rocket makes a successful landing on a platform in the Atlantic Ocean about 185 miles (300 km) off the coast of Florida April 8, 2016. SpaceX/Reuters

According to an AFP report, SpaceX CEO Elon Musk said that the ability to safely land a rocket so it can be used again — as opposed to the traditional method of deploying a new rocket for each launch and allowing used rockets to crash-land in the ocean — will make it cheaper to get to space, and more Eco-friendly.

Musk said it costs roughly $300,000 to fuel the rocket with combination of kerosene and liquid oxygen and $60 million to build a new one.

“If you have got a rocket that can be fully and rapidly reused, it is somewhere on the order of a 100-fold cost reduction, in marginal costs,” Musk said.

President Barack Obama was quick to congratulate SpaceX Friday after the rocket gracefully alighted on the oceanic landing platform, a drone ship that SpaceX christened “Of Course I Still Love You.”

Congrats SpaceX on landing a rocket at sea. It's because of innovators like you & NASA that America continues to lead in space exploration.

Since it was founded in 2002, SpaceX, whose name is short for Space Exploration Technologies Corp., has rapidly become a major player in the American aerospace industry and an important part of NASA’s future plans.

The agency has already awarded contracts worth over $4 billion to the California-based company as part of its effort to reduce its reliance on Russian space shuttles. And before it landed Friday, the rocket launched into orbit a cargo craft laden with supplies for astronauts at the International Space Station.

Video of the successful Falcon 9 rocket landing on a drone ship.