Spiders fly on the currents of Earth’s electric field

Spiders don’t have wings, but they can fly across entire oceans on long strands of silk. For more than a century, scientists thought it was the wind that carried them, sometimes as high as a jet stream — in a process known as “ballooning.” A new study shows that the Earth’s electric field can propel these flying spiders too.

The study, published Thursday in the journal Current Biology, found that when spiders are in a chamber with no wind, but a small electric field, they are likely to prep for take-off, or even fly. Plus, the sensory hairs covering the spiders’ bodies move when the electric field is turned on — much like your own hair stands up due to static electricity. This “spidey sense” could be how the creatures know it’s time to fly.

This makes spiders only the second known arthropod species, after bees, to sense and use electric fields. Because humans don’t feel Earth’s electric field, its role in biology is often overlooked, said Erica Morley, the study’s lead author. 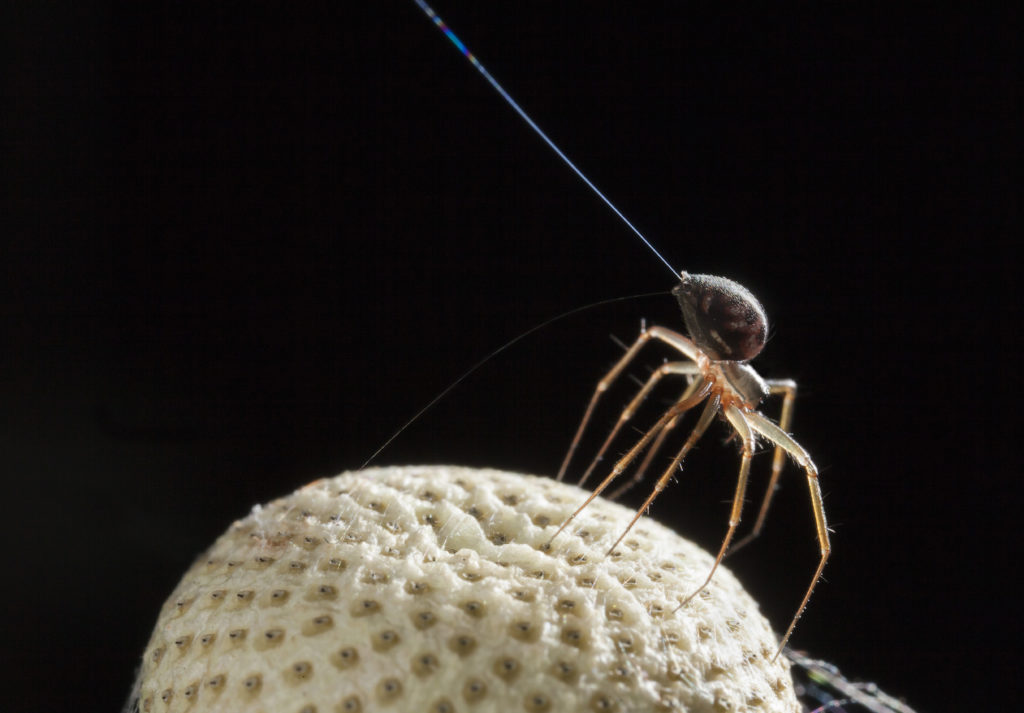 When spiders sense an electric field, they stick their spinnerets into the air and release silk. Called “tiptoeing,” this means spiders are ready for take-off. Photo by Michael Hutchinson

The origins of Morley’s study date back five years to an unlikely source: an astrophysicist at the University of Hawaii named Peter Gorham. Gorham was reading Charles Darwin’s observations of spiders ballooning en masse aboard a ship at sea. Darwin wondered if the spiders were using electrostatics to take off. Gorham wondered if Darwin was right. So he turned the question into a simple physics problem.

“When I worked through the numbers it looked quite compelling,” Gorham said. “This was a plausible explanation for not all of the flight but at least for some of it.”

Gorham published his work on arXiv, an open-access platform, hoping someone with more expertise in biology would pick it up. Enter Morley, a sensory biologist at the University of Bristol. When Morley saw his paper, she saw an opportunity.

Scientists have long known that air currents can lift spiders high into the air, allowing the eight-legged critters to disperse hundreds of miles to new ecosystems. But most of these “ballooning” events take place on quieter days and can’t explain the loft of larger spiders.

But the idea that an electric field can also pull on spider strands had been dismissed 200 years ago.

“In the early 1800s, there were arguments that spiders might be using electric fields to balloon, but then there were also people arguing that it was wind,” said Morley. “And the argument for wind won over probably because it’s more obvious.”

Since then, scientists discovered a naturally-occuring global electric field — located between the negatively charged surface of the Earth and the positively charged air residing 50 to 600 miles up, known as the ionosphere. But until five years ago, no one had revisited the effect this electric field might have on spiders.

A flight simulator for spiders

Morley built an “arena” the size of a mini fridge sheltered from air currents and from electric fields to observe spider behavior under controlled conditions. She then created electric fields to mimic those found in nature by installing charged metal plates — electrodes — on the bottom and the top of the clear plastic box.

The spider goes somewhere, sticks his bum in the air, lets out some silk, and then waits to take off.

When she switched the electric field on, spiders began “tiptoeing” on the top of a vertical cardboard strip — mimicking the behavior that spiders exhibit before they launch off branches or leaves.

“The spider goes somewhere, sticks his bum in the air, lets out some silk, and then waits to take off,” said Fritz Vollrath, an evolutionary and behavioral biologist at the University of Oxford, who wasn’t involved with the study.

Morley observed a dramatic increase in this spider tiptoeing when the field was turned on. And in some cases, the spiders even began to fly in the box.

What’s more, when a spider took off, Morley could move the spider up and down by switching the electric field on and off. “I was really excited when that happened,” Morley said.

Morley knew spiders grow thousands of sensory hairs on their bodies, which can detect sound and tiny currents of air. Suspecting these hairs might sense electric fields too, Morley then focused a small laser beam onto individual hairs to see if they moved. 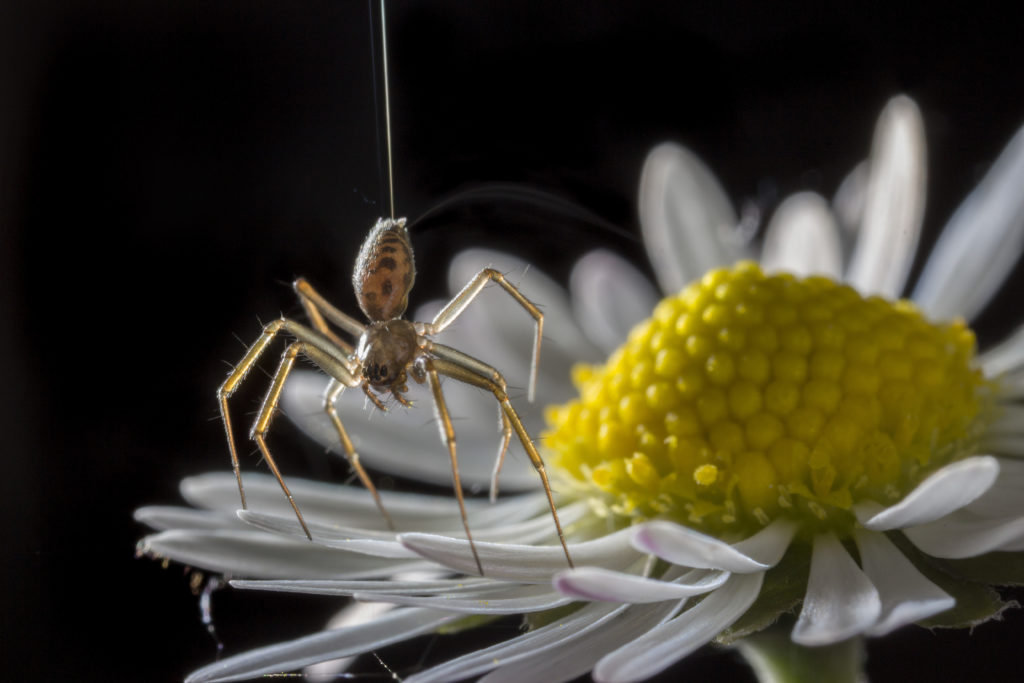 Once aloft, spiders travel just a few feet to thousands of miles, even crossing oceans to new continents. Photo by Michael Hutchinson

When the laser reflects off of a hair that has moved, the wavelength, or color, of the laser light slightly changes.

“Spiders have a lot of spines and other kinds of hairs. But it’s this one particular kind of hair — called trichobothria — that was moved in the electric field. The other ones didn’t seem to move at all,” Morley said.

Understanding spider migration is important, because as top insect predators, spiders play a major role in all ecosystems, Vollrath said. Monitoring fluctuations in natural electric fields caused by weather could help scientists predict the occurrence of mass ballooning events — that’s when thousands of spiders take off at once. Such events can impact populations of insects across whole continents.

One possible application of this research: pest control. Spiders are the predators of many agricultural pests, such as fruit flies in California. Vollrath joked that perhaps a human-generated electric field could attract spiders to the cropland to eat the fruit flies.

Gorham said he was impressed by the statistical certainty in Morley’s experiments. The chance of the spider tiptoeing in this study being just a coincidence is extremely small.

“These authors have done exactly the right kind of experiment,” Gorham said. “I think Charles Darwin would be thrilled.”

Left: Strands of spider silk are pulled up by an electric field, helping spiders fly away. Image by Erica Morley and Daniel Robert

Drones are revolutionizing how we study humpback whales