This EPA rule may expand asbestos use, and the deadline for feedback just passed

On Friday, the Environmental Protection Agency is scheduled to stop taking public comments for a proposed rule that critics say could expand the use of asbestos — an industrial material known to cause cancer and lung disease.

Since the health hazards of asbestos emerged 40 years ago, use of the material has dropped dramatically across the globe. By 2013, more than 60 countries had implemented partial or full bans of asbestos.

Critics and news reports say the proposed rule would open the door for asbestos to make a comeback. Before becoming president, Donald Trump voiced his support for asbestos, suggesting the fire retardant could have prevented the World Trade Center from collapsing during 9/11. Though the public comment period has been open since June 11, only 15 remarks had been made as of Tuesday. Even after a flurry of news coverage this week, the number is less than a thousand.

But EPA officials say it will do the opposite — by filling a loophole that companies could currently use to manufacture or distribute new products with asbestos. They argue without this new rule, a full regulatory ban of asbestos in the future will not be possible.

We asked the EPA, an epidemiologist and an environmental lawyer for their insight. Here’s what you need to know.

Why the EPA proposed this rule

Unfortunately, we all have asbestos fibers in our lungs…

“Most people dread the word asbestos and know that it’s a recognized carcinogen, but don’t realize just how much is still in the environment and in common products,” Burke said.

Today, you can find asbestos in brake liners, potting soil, chlorine factories and firefighters’ clothing. Just this week, the chemical was found in crayons and other school supplies. Meanwhile, homeowners and communities continue to deal with the fallout of using asbestos as clothing and building material for thousands of years, most recently as a flame retardant, wall insulation and liner for cement pipes.

“Unfortunately, we all have asbestos fibers in our lungs — whether it’s from the subway stations of New York, to the brakes on cars to background exposure from the historical use in insulation of pipes in our grade schools,” said Burke, who chairs Health Risk and Society program at the Bloomberg School of Public Health. “These asbestos fibers are tiny, and they get in your lungs. They’re like needles, and they stick there forever.”

The EPA rule could allow asbestos into these products

The EPA has proposed a new regulation — called a significant new use rule — for certain uses of asbestos. If the rule is certified, here are the products where asbestos could resurface.

Most people don’t encounter enough asbestos to suffer health problems, but high exposure has been linked to lung cancer, lung scarring and tumors in the linings of internal organs, a cancer known as mesothelioma.

So why hasn’t the U.S. banned asbestos? Well, officials tried.

The EPA began outlawing asbestos for building materials in 1975, starting with pipe insulation. By 1989, the agency had issued a final rule for a near-total ban of the mineral, under the authority of the Toxic Substances Control Act.

Yet in 1991, the 5th U.S. Circuit Court of Appeals vacated the EPA’s rule, leaving the door open for the importing and manufacturing of asbestos-containing products.

“What happened is that many of these [asbestos] uses were voluntarily phased out. But nothing stopped someone from bringing those uses back to market,” Nancy Beck, deputy assistant administrator of the EPA’s Office of Chemical Safety and Pollution Prevention, told PBS NewsHour. “If somebody wanted to start manufacturing for any of those uses today, they actually could.”

Beck said the proposed rule is necessary to close the gaps created by the court’s decision, so the agency can build the foundation for an outright ban of asbestos.

The rule calls on manufacturers to alert the EPA if they try to use asbestos in an array of products, including adhesives, sealants, and roof and non-roof coatings; separators in fuel cells and batteries; vinyl-asbestos floor tile; and any other building material (other than cement). (See side story for full list).

“It basically prohibits anyone from starting that new use without sending that package to the EPA first for our robust evaluation and approval, if warranted…or disapproval,” said Beck, who worked as an executive for the American Chemical Council, an industry trade organization, before joining the EPA.

Closing a door but opening a window?

All of this is happening now because of the so-called Lautenberg reforms of 2016.

Two years ago, Congress amended the Toxic Substances Control Act, mandating that the EPA take steps to evaluate the risks of all existing chemicals used commercially in America. The law set enforceable deadlines for the EPA and required that a chemical be designated as safe before being sold.

A month before President Trump assumed office, the EPA announced the first 10 chemicals to undergo evaluations under the new law, and asbestos topped the list. 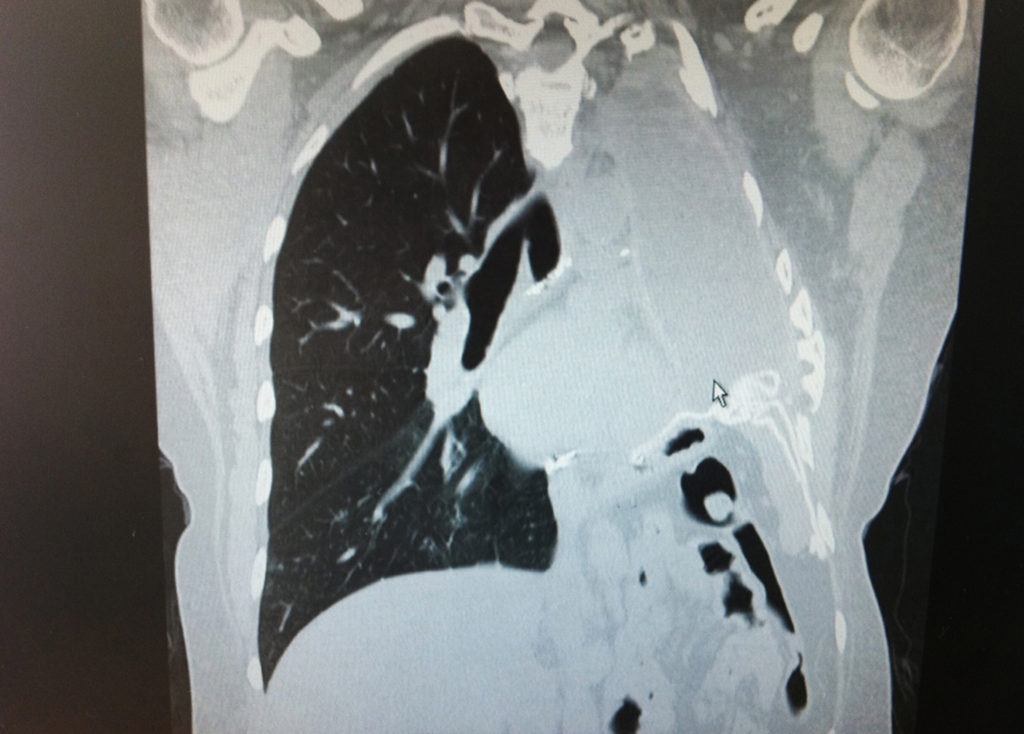 For asbestos, the evaluation has involved a few stages, but the two most pertinent center around the proposed rule and something known as “the problem formulation.”

The purpose of the problem formulation is to pinpoint the full scope of risk associated with asbestos. EPA officials will use it to set new regulations or institute a full ban.

“The EPA has received criticism, including from us, with regards to the way it is proposing to conduct this risk assessment of asbestos,” said Melanie Benesh, a legislative attorney for the Environmental Working Group.

In 2013, a study of 30,000 firefighters from San Francisco, Chicago and Philadelphia found they’re twice as likely to develop mesothelioma due to asbestos exposure.

The problem formulation excludes some past findings on the risks of asbestos, Benesh said. In particular, it omits hazards associated with so-called “legacy uses” of the chemical, including the asbestos left over in buildings across the country.

“We think it’s really irresponsible of the agencies to not take those exposures into consideration when determining whether or not this is dangerous,” Benesh said. “The agency is also proposing to exclude certain non-cancer health risks from its assessment of asbestos, even though there are known cancer lung diseases associated with exposure to asbestos.”

This exclusion includes the risks posed to firefighters linked to flame retardant materials and clothing. In 2013, a study of 30,000 firefighters from San Francisco, Chicago and Philadelphia found they’re twice as likely to develop mesothelioma due to asbestos exposure.

Both Benesh and Burke said these omissions in combination with the proposed rule may leave room for asbestos to enter new products.

“It would be beneficial for new uses but would miss the forest for a couple of trees in terms of public health,” said Burke, who served with the EPA during Obama Administration as science advisor and deputy assistant administrator for research and development

Last December, Brazil, the leading supplier of asbestos to the U.S., issued a nationwide ban of the mining, use and commercialization of the material. In 2016, the U.S. imported 705 metric tons of asbestos from overseas, twice its tally from the year before, and 95 percent of these imports came from Brazil.

The rest originated in Russia, which is now poised to become the most significant exporter of asbestos to the U.S. 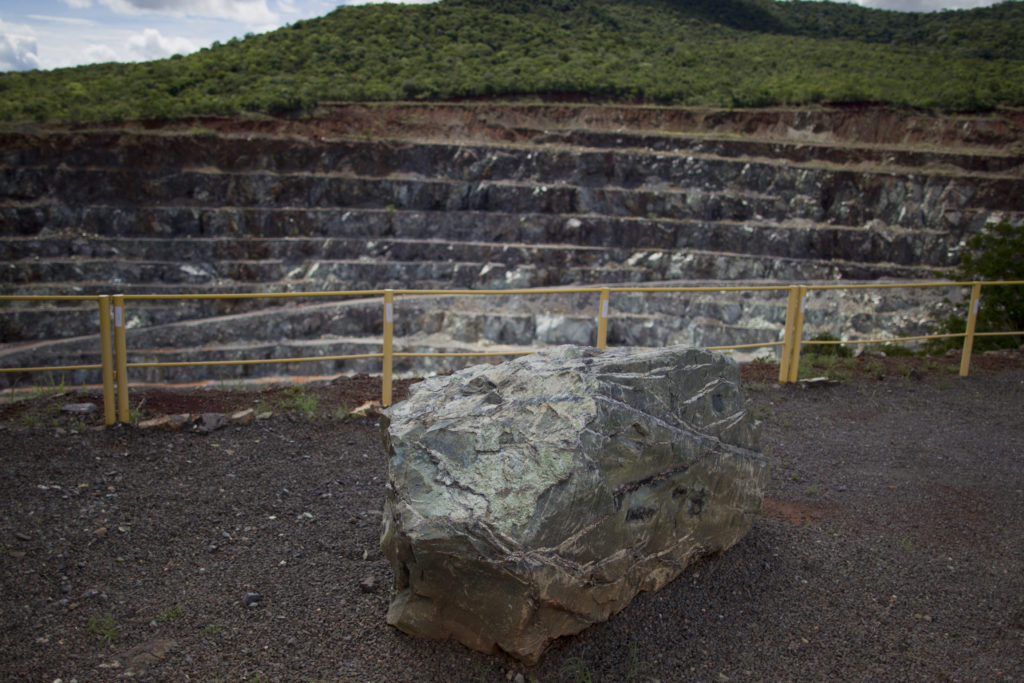 A boulder containing chrysotile, or white asbestos, lies on the edge of the Cana Brava mine, owned and operated by SAMA S.A., part of the Brazilian Eternit Group, in Minacu, northern Goias State, January 17, 2013. Photo by REUTERS/Ueslei Marcelino

Russian manufacturers see an opportunity to expand their markets with Trump as president, given his past support for asbestos, with one company going as far as stamping his face on their packaging. Beck said the president has not been involved in the EPA’s recent activities involving asbestos.

The U.S. chemical industry supports the steps taken by the EPA. The American Chemical Council declined to comment via phone, but shared this statement:

“ACC and its members commend the release of the problem formulation of asbestos. This brings the agency one step closer to a comprehensive risk evaluation of asbestos use in the chlor-alkali industry and elsewhere. ACC and its members will continue to work with and provide requested information to EPA to ensure the evaluation and final assessment are scientifically accurate and protective of worker and environmental health.”

But will the proposed rule and the problem formulation, which has a public comment period that ends August 16, trigger an increase in asbestos use?

No one will know until the rule is confirmed, and the EPA begins reviewing new applications for the chemical.

…the road to hell is paved with good intentions, and the same applies to environmental protections.

Beck said the rule creates a disincentive for manufacturers and distributors who want to bring these products to market because they can’t immediately do so.

“They have to come to us for a thorough evaluation of the environmental and human health risks before they can go to market,” Beck said.

But Burke said the road to hell is paved with good intentions, and the same applies to environmental protections. He cited the example of a chemical called MTBE, which is added to gasoline so the fuel burns cleaner.

“This is now perhaps one of the most pervasive drinking water contaminants and groundwater contaminants in the U.S. That’s what happens when you use a narrow lens, when you have the blinders on,” Burke said. “Asbestos is a bellwether issue for the protection of public health and chemical safety. It’s important to have a public health approach that looks at the full range of uses and potential risk to a population.”

Left: Homeowners and communities continue to deal with the fallout of using asbestos as a building material for thousands of years. Image by Film Audio Services/via Getty Images