Nuclear Reactors and Nuclear Bombs: What Defines the Differences? 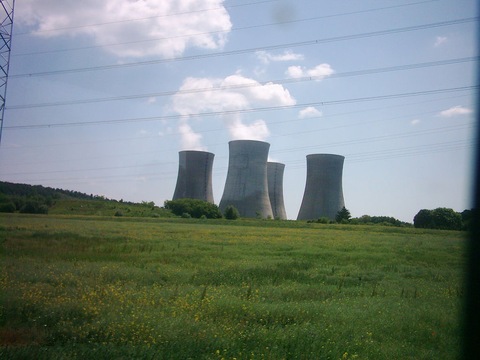 What is the difference between the nuclear material in a bomb, versus a reactor?

A nuclear reactor works by using the energy that is released when the nucleus of a heavy atom splits. That process is called fission.

In reactors, fission occurs when uranium atoms are hit by slow-moving neutrons. Absorbing these excess neutrons sometimes causes the atoms to break apart. As the nucleus splits, it releases energy, in the form of heat. In a boiling water reactor, this heat becomes steam, which drives turbines to generate the electricity that is used for everything from charging smartphones to heating homes.

Uranium comes in two principle forms, or isotopes: uranium 235 and uranium 238. Uranium 238 is the most common uranium isotope, and more stable. When it absorbs a neutron, it usually doesn’t break apart. Uranium 235 is more likely to undergo fission when hit by a slow-enough moving neutron. When hit, the nucleus absorbs the neutron, becomes unstable and decays, splits into two lighter atoms and throws out two or three new neutrons.

But uranium 235 comprises only .7 percent of natural uranium. To get a self-sustaining chain reaction in a nuclear plant, the proportion of uranium 235 needs to be increased from .7 percent to about 4 percent. This is done through a process called enrichment.

So you want these colonies of uranium 235 atoms to be breaking apart at a rate that generates enough, but not too many extra neutrons. The rate of chain reactions is controlled by rods of material that soak up the neutrons, and slow that chain of fission reactions. (When the machine is turned off and idle, it continues producing some excess heat through radioactive decay, which has been the source of problems at Japan’s Fukushima plant.)

In a bomb, on the other hand, you need nearly pure fissile material, said Arjun Makhijani, a nuclear engineer and president of the Institute for Energy and Environmental Research. That is, material that is capable of sustaining such nuclear chain reactions. Most nuclear bombs are made up of isotopes of uranium 235 or plutonium 239.

“Commercial reactors have just a few percent fissile material in them, and bombs have more than 90 percent,” Makhijani said.

Those chain reactions aren’t slowed by uranium 238 or control rods. At least one neutron from each fission reaction is likely to cause another fission to occur. This means the chain reactions grow wildly, fast and uncontrolled, leading to tremendous explosions.

“If you look at model nuclear weapons designs, they do extra things to try to make even more neutrons, to make that reaction go as fast as possible,” Caracappa said.