Misinformation via social media played a troubling role in boosting far-right Congressman Jair Bolsonaro to into the Brazilian presidency.

Bolsonaro did not win 55 percent of votes thanks to misinformation alone. A powerful desire for political change in Brazil after a yearslong corruption scandal and a court decision compelling the jailed front-runner Luis Inacio Lula da Silva to withdraw from the race both opened the door wide for his win.

But Bolsonaro’s candidacy benefited from a powerful and coordinated disinformation campaign intended to discredit his rivals, according to the Brazilian newspaper Folha.

Days before the Oct. 28 runoff between Bolsonaro and his leftist competitor, leftist Fernando Haddad, an investigation by Folha revealed that a conservative Brazilian business lobby had bankrolled the multimillion-dollar smear campaign – activities that may have constituted an illegal campaign contribution.

The misinformation strategy was effective because WhatsApp is an essential communication tool in Brazil, used by 120 million of its 210 million citizens. Since WhatsApp text messages are forwarded and reforwarded by friends and family, the information seems more credible.

The fallout from Folha’s front-page report compelled WhatsApp to issue an apologetic op-ed.

“Every day, millions of Brazilians trust WhatsApp with their most private conversations,” wrote WhatsApp’s vice president, Chris Daniels, in Folha. “Because both good and bad information can go viral on WhatsApp, we have a responsibility to amplify the good and mitigate the harm.”

The company announced that it would purge thousands of spam accounts in Brazil, clearly label messages to show that they had been forwarded, tighten rules on group messaging and partner with Brazilian fact-checking organizations to identify false news.

Brazil’s highest electoral court also created an advisory board on internet and elections to investigate disinformation in Brazil’s 2018 election and propose regulations to limit its impact in future political processes.

Brazil is only the latest country to learn that social media can undermine the democratic process.

Numerous studies have confirmed that a toxic blend of data mismanagement, targeted advertisement and online misinformation also influenced the outcomes of the United Kingdom’s Brexit vote and the 2016 U.S. presidential race.

Brazil’s WhatsApp election scandal should be a wake-up call particularly for other developing world democracies, as revealed in

That’s because the conditions that allowed fake news to thrive in Brazil exist in many Latin American, African and Asian countries. 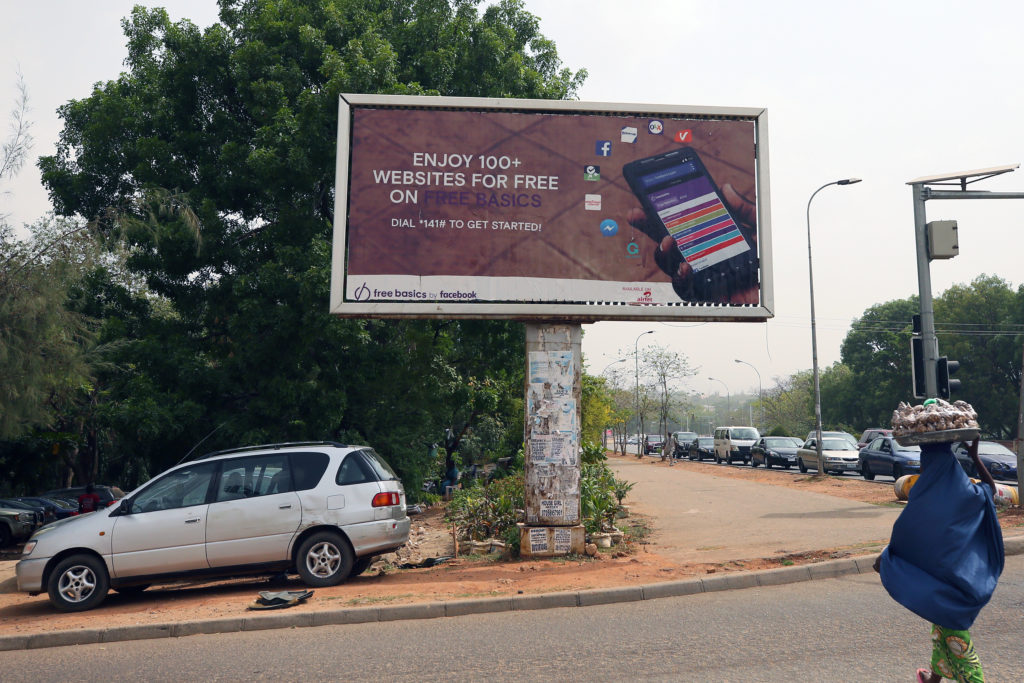 An advertisement in Nigeria for Facebook’s Free Basics program, which offers a stripped-down version of the internet sponsored by private corporations. Photo by REUTERS/Afolabi Sotunde

Internet access is very expensive in Brazil. A broadband connection can cost up to 15 percent of a household’s income and mobile plans with unlimited data, common in rich countries, are rare.

Instead, mobile carriers entice users by offering “zero rating” plans with free access to specific applications, typically Facebook, WhatsApp and Twitter. Nearly three-quarters of Brazilian internet users had these prepaid mobile-internet plans in 2016, according to the technology research center CETIC.br.

Most Brazilians therefore have unlimited social media access but very little access to the rest of the internet. This likely explains why 95 percent of all Brazilian internet users say they mostly go online for messaging apps and social media.

Yet the “rest of the internet” is precisely where Brazilians might have verified the political news sent to them on WhatsApp during the 2018 election. Essentially, fact-checking is too expensive for the average Brazilian.

Democracies in Africa, where more than a dozen countries will hold elections in 2019, are vulnerable to the same kind of lopsided access to information that influenced Brazil’s presidential vote.

As in Brazil, many Africans get stripped-down internet access through Facebook’s Internet.org and Free Basics platforms. But, worryingly, most African countries have little or no data protection and no net neutrality requirements that internet providers treat all digital content equally, without favoring specific apps.

In my analysis, Facebook and a handful of tech companies are now racing to collect and monetize the data gathered through sponsored apps, allowing them to profile millions of Africans. Lax government oversight means that people may never be informed that they pay for these “free” apps by exposing their personal information to data mining by private companies. 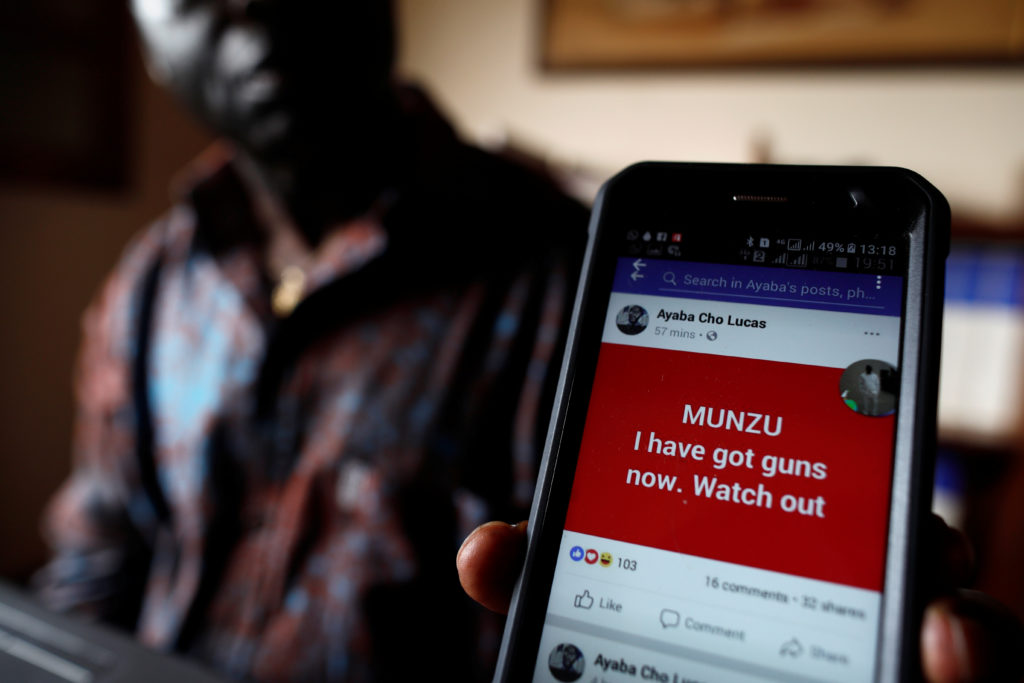 Simon Munzu, a former UN official, who campaigned for peace in the Anglophone regions of Cameroon, shows a threat message posted against him on social media by separatists during an interview with Reuters in Yaounde, Cameroon October 3, 2018. Photo by REUTERS/Zohra Bensemra

Such personal information is exceedingly profitable to advertisers in Africa, where Western-style public polling and consumer surveys is still rare. It is easy to imagine how valuable targeted advertising would be for political candidates and lobbies in the lead-up to Africa’s 2019 elections.

Democracy cannot thrive when the electorate is intentionally misinformed about candidates, parties and policies.

Political debate driven by likes, shares and angry comments on social media increases polarization and distorts healthy public discourse. Yet evidence shows that insults, lies and polemics are what best drive the user engagement that generates that precious personal data.

For over a decade, social networks have been associated with free communication, unfettered by gatekeepers like news editors or fact-checkers. Many in Silicon Valley and beyond saw this innovative disruption as broadly beneficial for society.

That can be true when social networks are just one of many ways that people can engage in open and pluralistic debate. But when just a handful of apps are available to the majority of users, serving as the sole channel for democratic dialogue, social media can be easily manipulated to poisonous ends.

Mark Zuckerberg’s longstanding motto was, “Move fast and break things.” That catchphrase was retired in April 2018, perhaps because it is increasingly evident that democracy is among the things that Facebook and friends have left broken.

Above: Days before their Oct. 28 presidential election, Brazilians protested news that supporters of right-wing front-runner Jair Bolsonaro had used WhatsApp to spread false information about his opponents. Photo by REUTERS/Nacho Doce

Luca Belli is a professor of Internet Governance and Regulation at Fundação Getúlio Vargas's School of Law.

Bolsonaro’s victory in Brazil is another big win for populism