Which came first: society or a fear of god?

When ancient humans cried out for answers in a chaotic world filled with volcanic eruptions, tornadoes, meteor strikes and other calamitous events, they often looked for supernatural explanations.

While we’ll leave any debate about the validity of faith for Richard Dawkins’ Twitter mentions (don’t @ me), a pressing anthropological question centers around whether and how our ancestors used religion to build the foundations of human society.

Over the course of human history, belief rituals arose independently and spontaneously across the world — and more often than not, their ascent coincided with a transition from unorganized groups of hunter-gatherers to complex societies with rules, governments and customs.

In the search for a unifying theory to explain this trait of human evolution, many anthropologists settled on the “moralizing god hypothesis,” which argues that belief in a judgmental, all-seeing figurehead precedes the arrival of complex society. Popular religions hinge on the idea that humans may be punished if they do not follow a moral code (the kind that keeps you from killing your neighbor, or stealing their bread). That rule even applies to creeds without a deity — think karma in Buddhism.

Dozens of studies since the early 2000s have offered support for that hypothesis. But a new international project suggests the opposite — that our desires to appease a moral god tended to develop long after a society formed. Their new study, published March 20 in Nature, evaluated records from 414 societies from 30 regions around the world that span the past 10,000 years of human history.

By using statistical techniques, the researchers could also estimate how many members a society must have — about 1 million — before the concept of a moral god takes hold.

Aside from detailing when humans go from thinking “the gods are angry!” to the “gods are angry and it’s my fault,” the study provides a blueprint for exploring how other aspects of society evolved. Is inequality an early feature in the development of society, or is it born once a society has already coalesced? What about warfare, or music?

In 2011, an anthropologist, a historian and an evolutionary biologist sat down and devised an ambitious plan to unite all the information we have about human history — and from their minds rose Seshat. Named after the ancient Egyptian goddess of wisdom, knowledge, and writing, Seshat is an international database of human cultural evolution.

“Lots of this information is scattered among different books and in people’s heads, but it’s not really unified,” said Patrick Savage, a musicologist and anthropologist at Keio University in Japan.

Savage joined the Seshat project after its founding. He was one of the dozens of scientists who combed the halls of museums and brains of living historians across the world to assemble our human story into a databank. Seshat calls in outside historians and anthropologists — experts in their fields and global regions — to vet every entry.

By amassing this collection, the creators of Seshat hoped to modernize how our cultures evolved. In other disciplines, like biology or physics, researchers can repeat experiments and calculate statistics to pinpoint trends. 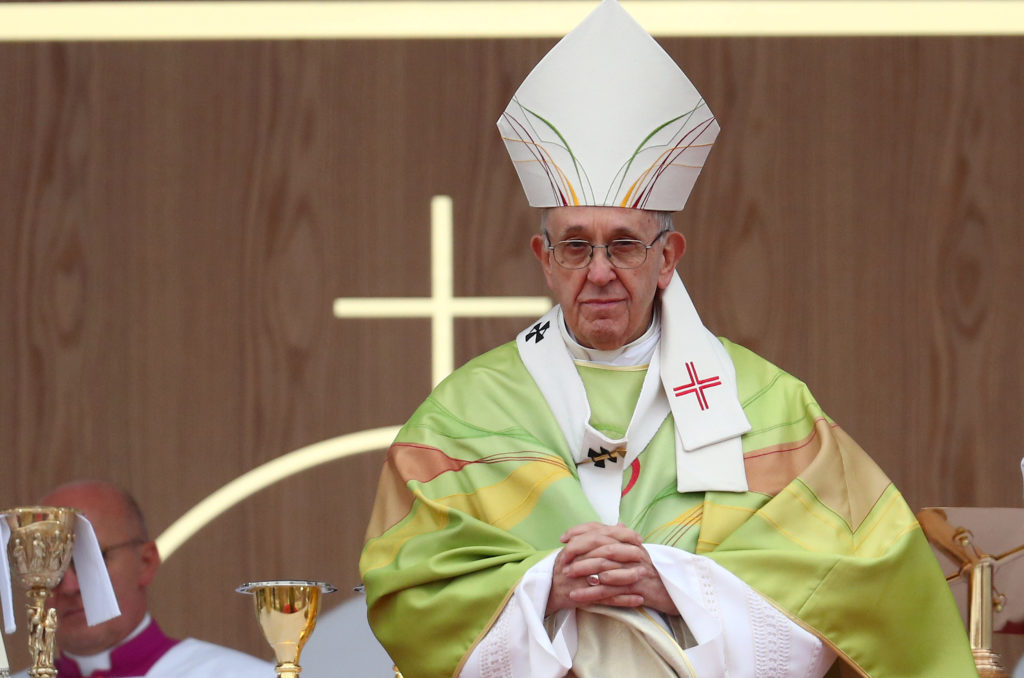 “We tried to bring history together in a form where we could use big data techniques and digital humanities technologies to test big questions about human history,” Savage said.

Proving “the causal factors in the evolution of human societies,” or even the timing of a cultural moment, can be tricky if you look at a single part of the world. Artifacts are destroyed or lost to time, so individual historical records can feature gaps in artifact. But if you can examine 100 records spread across the globe at once, measurable patterns in the evolution may emerge.

That’s what Savage and about 50 other scientists reported last June, in their first publication involving the Seshat databank. They showed that 51 fundamental characteristics of human society — such as population growth, the introduction of courts and judges, irrigation, the use of calendars, fiction writers and even the creation of postal services — could be dissected with Seshat and basic statistics.

“We could condense everything into a single dimension — that we call social complexity — and it explained 75 percent of the information contained in all 51 variables,” Savage said.

With this tool in hand, the team hoped to plot when various aspects of social complexity rise or fall of over time — and that’s exactly what they did, starting with moral religions.

The team identified moralizing gods in 20 of the 30 regions they examined, from Celtic gods in France to Hittites in Turkey to ancestral spirits in Hawaii. Based on the researchers’ new analysis, moral gods did not arrive alongside the rise of social complexity, but rather were preceded by most social constructs. One of the only exceptions was Peru’s Inca empire, which believed in vindictive lords before social habits, like writing, flourished.

As chiefdoms or even kingdoms began to interact and merge, leaders needed a single umbrella to keep everyone in line.

Moreover, if the moralizing god hypothesis was right, then social complexity should increase more rapidly after “Big Religion” came to town — but the Seshat databank revealed the opposite for 12 diverse regions. From ancient Rome to Egyptian gods to Indian buddhism, moral faiths followed after social constructs and population growth.

“Most of the time it was right around that million-person mark, where this transition seemed to happen,” Savage said. That’s when simple rituals morph into those driven by moral gods or supernatural beliefs that punish.

Savage and his colleagues speculate that ancestral groups of this magnitude needed a unifying moral code to get different ethnicities to work together. Early societies started as single families and then ethnic groups. But as chiefdoms or even kingdoms began to interact and merge, leaders needed a single umbrella to keep everyone in line.

“That could be a really powerful and useful way to prevent people from cheating each other, in these very large societies of unrelated people,” Savage said. “They need to fulfill their commitments because if they don’t, they’ll be punished by God.”

What proponents of the ‘moralizing god hypothesis’ say

This study upends the central tenets of the moralizing god hypothesis, and the researchers who helped assemble that concept are skeptical.

“I want to be supportive of the idea of constructing these large databases and testing historical hypotheses,” said Joe Henrich,chair of Harvard University’s Department of Human Evolutionary Biology. “These guys were a little bit quick on the draw with putting this paper out because the data is largely not checked.”

He has a point. While the Seshat team asked a small panel of historians to verify the massive databank, its full contents were only made accessible to the public last summer. While the team accepts suggestions, it may take years for other scientists to go through Seshat. 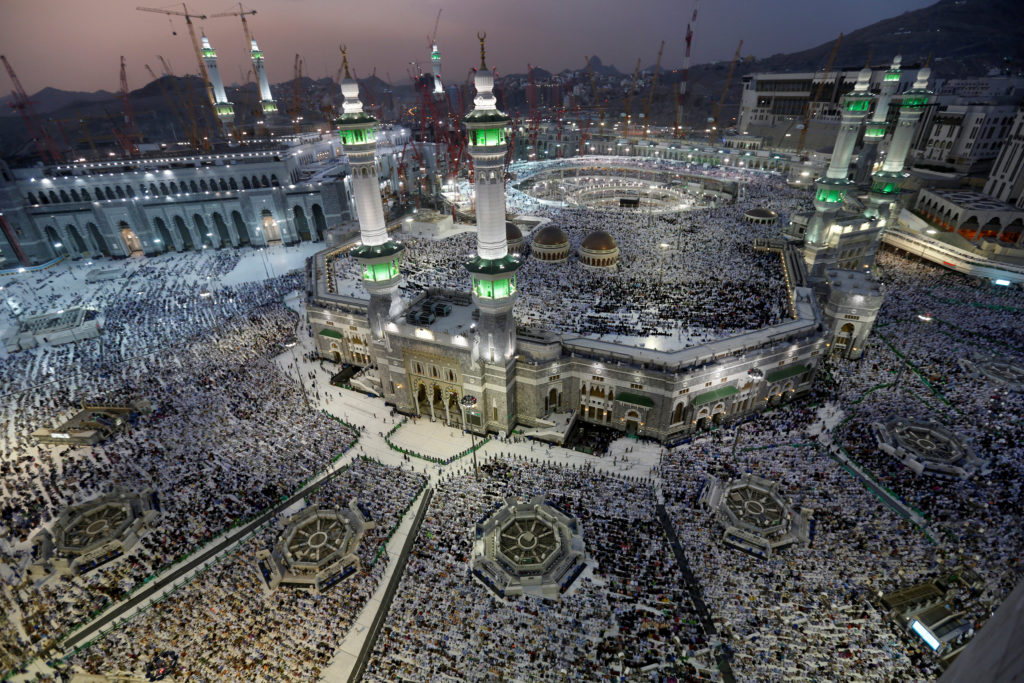 Muslim pilgrims pray around the holy Kaaba at the Grand Mosque, during the annual hajj pilgrimage in Mecca September 27, 2014. Photo by REUTERS/Muhammad Hamed

“Anytime you have something from the historical record or archaeological record that’s considered the first appearance, you know with near certainty that it’s actually older than that,” Henrich said.

That’s because when archaeologists find things preserved through time, there’s almost no chance that they find the piece of evidence that’s actually the original pot, vase or weapon that inspired all others. You know with high probability the cultural moment was born earlier.

“The question is, how big is that cultural bias,” Henrich said. If it’s huge, then Seshat predictions on the timing of religious development could be off.

Henrich argues that forward bias may be large with people who often practice doctrinal rituals long before they write about them or otherwise document their history.

Peter Peregrine, who literally co-wrote the book on Anthropology, thinks it’s important to remember that studying religion is not itself an attack on religion — and in a way, it’s an attempt to understand human biology.

“There are no societies that are a-religious. Belief in the supernatural, in a spiritual world is a fundamental human feature. It’s part of the human condition,” said Peregrine, who has previously collaborated with the Seshat team.

He argued that the new study could help bridge this social condition to fields like genetics. Geneticists can track when certain traits appear within a society or region of the world. If one of those traits emerged around the time of a moral religion, perhaps the evolution of the two were connected.

Savage agreed, adding that moral contributions may explain why people have become attached to social media influencers or politicians. These are our modern, ever-evolving flocks.

“The world is becoming much less religious place in many ways, so we may be reaching a new period where social cooperation takes different forms,” Savage said.

Why recreating ancient artifacts may be the future of archaeology