In 2015, the world watched as a video of 96 million “shade balls” getting dumped into the Los Angeles Reservoir went viral. The purpose of the balls: to improve water quality and save water.

But a new study raises an interesting question: Could saving water in the Los Angeles Reservoir come at the cost of consuming water in other parts of world?

At the time, Californians faced a record-setting drought, and conserving water was on everyone’s minds. Mandatory water restrictions led to brown lawns and shorter showers.

The Los Angeles Department of Water and Power said the shade balls could keep contaminants out of the water and reduce the evaporation of the reservoir by 85 to 90 percent during a drought. The officials said the annual savings could amount to up to 300 million gallons of water, enough to supply drinking water to 8,100 people.

But a team from the Massachusetts Institute of Technology, Imperial College London and University of Twente in the Netherlands reported Monday that it may take more water to make the shade balls than what they save. To offset this loss, the shade balls must sit on the Los Angeles Reservoir between 1 to 2.5 years.

What the scientists did:

The creators of shade balls originally used them to prevent chemical treatments in the reservoir from reacting with sunlight and creating bromate, which is a carcinogen regulated by the EPA. California began deploying shade balls in 2008 as a cost-effective way to reduce bromate levels and also prevent algae growth. The LA Department of Water and Power picked shade balls over other, more expensive covers for the city’s biggest reservoir that would have cost an extra $250 million dollars. 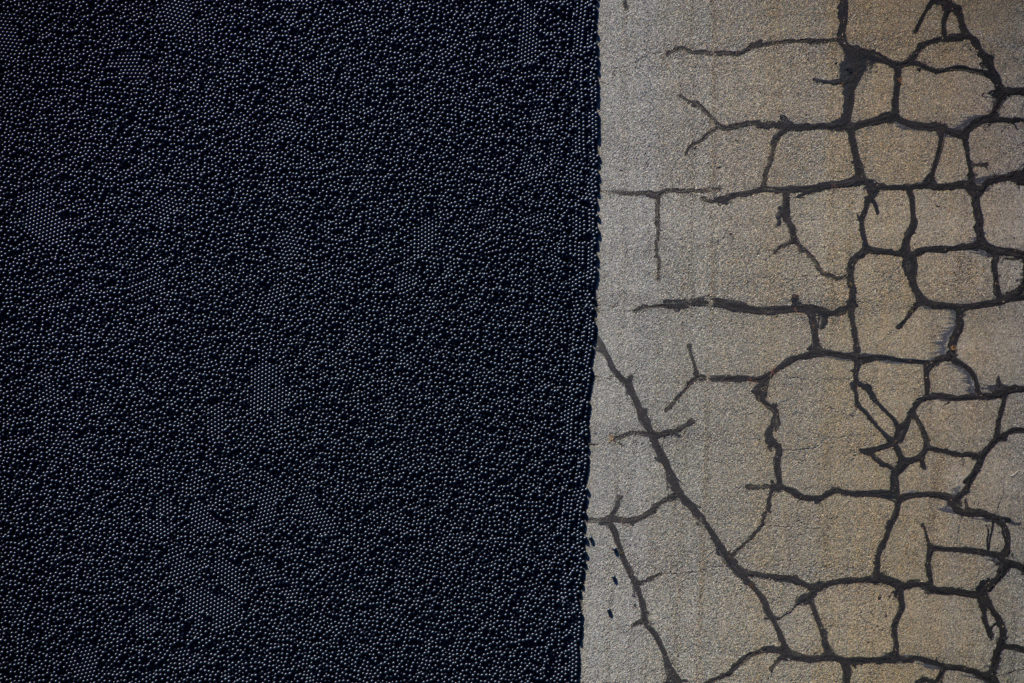 “We know that high-density polyethylene itself is made using oil, natural gas, and electricity,” said Erfan Haghighi, an environmental scientist and mechanical engineer at MIT, and lead author on the paper. “And each of these energy sources are water intensive.”

The team found a range of previously published estimates of water use for these three resources. Because manufacturing practices vary around the world, the researchers collected both local values for water consumption and a global average.

Haghighi’s team then examined industry reports from plastic manufacturers to determine how much oil, natural gas, and electricity goes into making polyethylene.

From there, they calculated how much plastic, oil, natural gas, electricity and water went into making the 96 million shade balls.

What the scientists found:

Haghighi’s team estimated that manufacturing 96 million shade balls required between 66 and 766 million gallons of water — the equivalent of 100 to 1,000 Olympic-sized swimming pools. This large range is due to the thickness of the balls, which can vary dramatically.

A 2014 study showed that of all the water saving strategies used in LA in 2010, mandatory restrictions of water use — essentially stopping people from watering their lawns — saved the most water.

This means shade balls would need to stay on the Los Angeles Reservoir for at least a year or more to save water. Depending on exactly where the shade balls are made, it could take up to 2.5 years to recover the water used.

Since shade balls have stayed on the Los Angeles Reservoir since 2015, they are likely now starting to save more water than they cost to produce.

The LA Department of Water and Power said they plan to keep shade balls as a permanent solution to water quality issues on the Los Angeles, replacing them every 10 years. LA officials also deployed shade balls at three other reservoirs, between 2008 and 2012, where they stayed temporarily for five to nine years.

The team cautioned that water savings from the shade balls will likely be less than 300 million gallons during years when there is no drought. That’s because evaporation of water decreases when the air isn’t as dry. The actual period of time needed to recover water from shade ball manufacturing might even be longer.

The water saved from evaporation by shade balls is small compared to other water-saving strategies, said Aditi Bhaskar, a hydrologist at Colorado State University, who wasn’t involved with Haghighi’s study.

A 2014 study showed that of all the water saving strategies used in LA in 2010, mandatory restrictions of water use — essentially stopping people from watering their lawns — saved the most water.

“Savings in just May through June 2010 [with mandatory water restrictions] is 10 times larger than the 300 million gallons which they’re getting per year for the shade balls,” Bhaskar said. 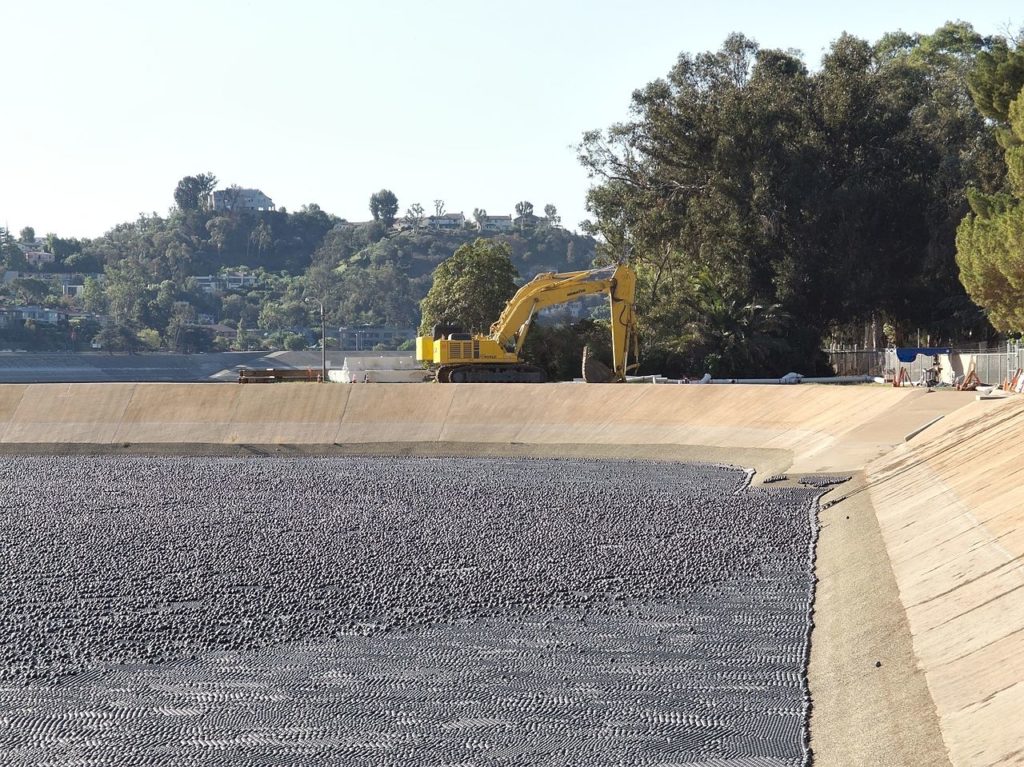 Shade balls have lowered bromate levels and stopped algae growth on several reservoirs in the Los Angeles area. They were first used in 2008 on the Ivanhoe Reservoir.

The shade balls could still be useful during a drought if a reservoir accounts for when and where these shade balls are made, said Jay Lund, director for the Center for Watershed Sciences at the University of California Davis. If the shade balls, or other water-sapping technologies, are made during periods when water is abundant, the net effect of manufacturing may be zero.

“With water, the impacts are much more local, both in time and space,” Lund said “It’s quite plausible to manufacture shading materials at a time and a place where water is relatively abundant and employ them to reduce evaporation at a time in the place when water is really valuable.”

Haghighi said people need to consider environmental conservation on a global scale, rather than just a local one. They must also consider the entire life cycle of the technology. If the water saving the Los Angeles Reservoir comes at the cost of consuming water in other parts of world, Haghighi said, is it worth it?

Left: In 2015, 96 million plastic "shade balls" were tossed into the Los Angeles Reservoir to improve water quality and save some water. Image by Eric Garcetti/via YouTube