On Black Friday, the psychology of retail rage

The manic nature of Black Friday has at times led shoppers to engage in fistfights and other misbehavior in their desperation to snatch up the last ultra-discounted television, computer or pair of pants.

What is it about the day after Thanksgiving – a day meant to celebrate togetherness and shared feasting – that inspires consumers to misbehave?

Fellow researchers Sharron Lennon, Minjeong Kim, Kim Johnson and I have in recent years been exploring the causes of consumer misbehavior on Black Friday, historically one of the busiest shopping days of the year. Our latest research shows how our emotions affect our likelihood to misbehave, as well as a significant difference between men and women.

The term “Black Friday” first appeared in the journal Factory Management and Maintenance in 1951. It signals the beginning of the Christmas shopping season, when many retailers finally go “in the black” – that is, they become profitable for the year.

More recently, Black Friday has become a setting for consumer misbehavior as shoppers compete for deeply discounted products. Fighting, pepper-spraying, dumping merchandise, ransacking stores, robberies and shootings have all been reported on Black Friday. The Occupational Safety and Health Administration has even issued guidelines to retailers about how to avoid injuries and deaths.

All it takes is one bad seed, however, to ruin the experience for others.

In the U.S., the most shocking example of misbehavior occurred in 2008 when a Walmart worker was trampled and killed as shoppers rushed to enter the store.

So what causes some consumers to behave so badly?

It starts with the unique characteristics of Black Friday sales promotions and the frantic retail environment they create. Retailers heavily promote their most desirable items at deeply discounted prices in order to encourage more foot traffic. Demand for those precious few items naturally exceeds supply. That imbalance can lead to aggressive consumer behavior.

But another key ingredient is sleep deprivation, which results from the very timing of the sales, which may begin at midnight or early in the morning and require eager customers to camp outside a store all night. That means many Black Friday shoppers aren’t functioning at their best, resulting in grumpy moods and bad decisions. 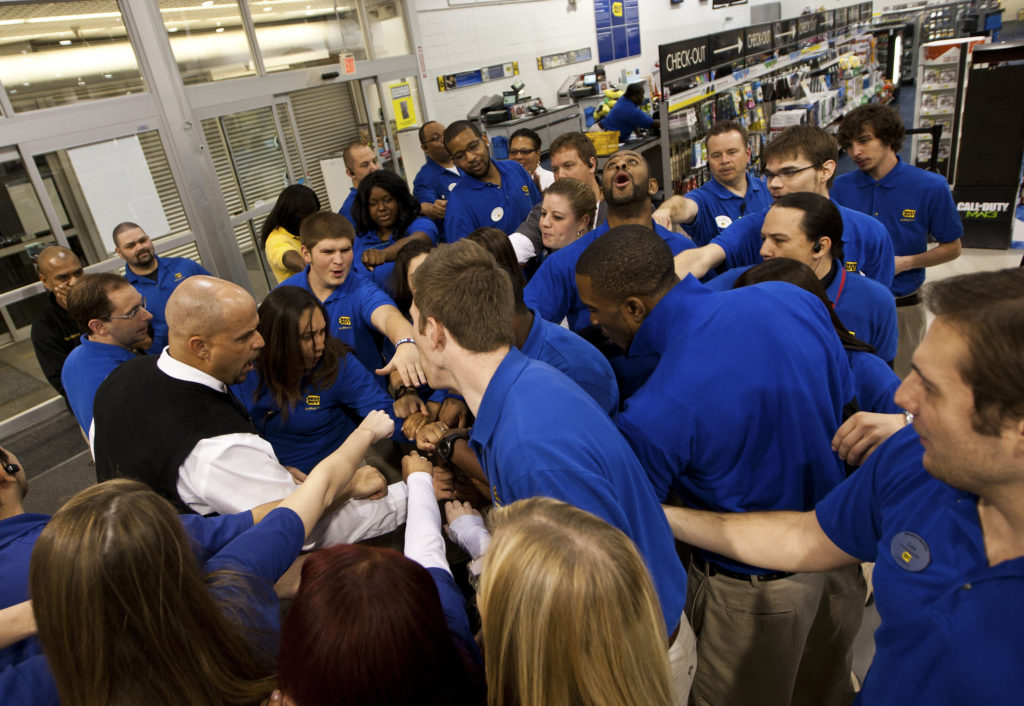 One way to prevent consumer misbehavior from getting out of hand is ensuring plenty of staff is on hand to handle the crowds. Photo by Chris Keane/REUTERS

Research my colleagues and I conducted in 2014 examined how two situational variables – large crowds and the rude, argumentative behavior of fellow shopper – affected the likelihood that otherwise jovial consumers would become Black Friday miscreants.

We created a questionnaire based on past research of the topic and asked several hundred students at four universities located in different regions of the country to fill them out. We analyzed only results from the 260 participants who reported to have shopped on Black Friday in the past and completed the survey.

On the whole, we found the large crowds that congregate on Black Friday actually had positive effects on consumer behavior, reducing dissatisfaction and aggression and thus errant activity as well. That is, as long as the shoppers were expecting to have to navigate very crowded stores. 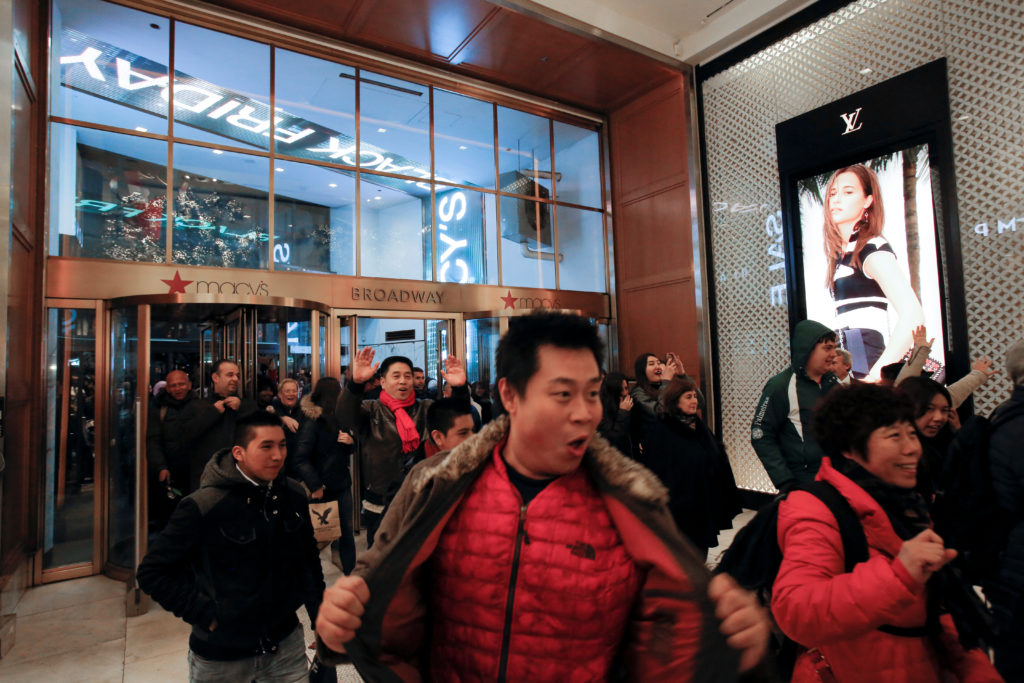 All it takes is one bad seed, however, to ruin the experience for others. Being unable to purchase the advertised product seems unfair, leading to misbehavior and in turn making others more likely to follow suit.

Since an expectation of crowds seemed to make it less likely that shoppers would perceive inequities, posting signs at entrances or in advertisements reminding shoppers to bear with Black Friday’s crowded conditions may help keep customers civil.

In our latest study, published in June, we examined how our emotions and personality traits influence consumers and whether there are differences between women and men.

We designed an online survey in which participants – 411 students who indicated they had previously shopped on Black Friday – were randomly assigned to read one of three scenarios involving a customer trying to buy a discounted item the day after Thanksgiving.

…we found that men’s capacity for self-control was the primary trait that determined whether they were likely to behave badly on Black Friday.

In two of the scenarios, the customer went home empty-handed after not being able to make a desired purchase, either because the retailer ran out of the product or because the promotion had ended. In the third one, the participant read about a customer who managed to successfully snare the desired product – either a smartphone or clothing – at the greatly reduced price.

After reading the assigned scenario, participants completed a series of scales that assessed their emotions such as anger and thrill, their personality traits and their likelihood to misbehave on Black Friday.

Our findings showed that participants – both men and women – who had an emotional response to the scenarios, whether negative or positive, were more likely to be willing to engage in consumer misbehavior. 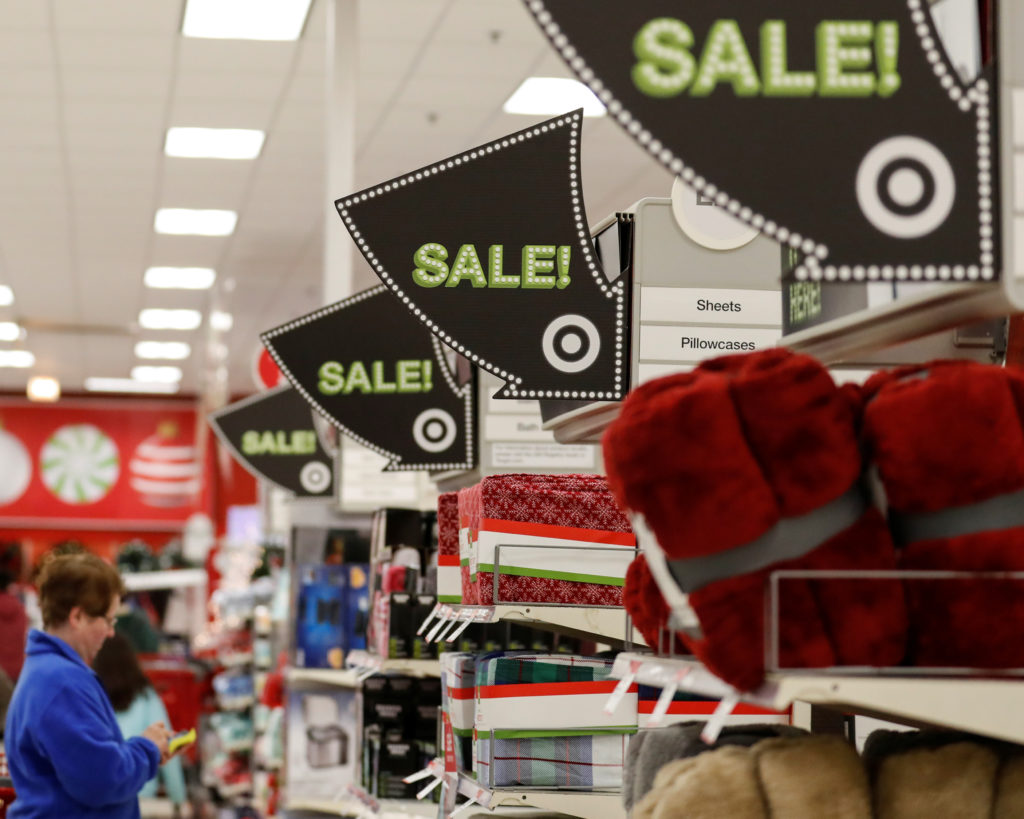 Signs point to the sale items during the Black Friday sales event on Thanksgiving Day at Target in Chicago, Illinois, U.S., November 24, 2016. Photo by Kamil Krzaczynski/REUTERS

As for differences between the sexes, we found that men’s capacity for self-control was the primary trait that determined whether they were likely to behave badly on Black Friday.

In other words, possessing more self-control mitigated any anger that might lead to misbehavior. For women, self-control was irrelevant. What mattered for them was public self-consciousness – that is, how others viewed them. And surprisingly, women deemed to have a high degree of public self-consciousness were more likely to misbehave if they got angry.

Battle of the fittest

Retailers need to balance making more money and the safety of their customers and workers.

For retailers, Black Friday is meant explicitly to attract these large crowds in hopes of ringing in more sales. But besides leading to minor misbehavior, more people jostling over a small number of deeply discounted items can also lead to injuries or even wrongful death lawsuits. Retailers need to balance making more money and the safety of their customers and workers.

In general, reducing the number of unpleasant customers would improve the shopping experience for other shoppers as well as for store employees. Rather than ignoring or accommodating such shoppers, retailers should be proactive by clearly communicating store policies and quickly reacting to signs of aggression by removing the bad actors. Other steps retailers could take include adding checkout lanes to speed up traffic and putting more employees on the sales floor to improve responsiveness to shopper concerns.

Ultimately, customers are responsible for their own behavior. When shoppers behave responsibly, the Black Friday experience isn’t spoiled for their fellow customers and everyone is able to buy their digital goods and clothes in a safe and relatively stress-free environment.

Jaeha Lee is an associate professor of apparel, design and hospitality management at North Dakota State University. This article was originally published on The Conversation. It incorporates elements of a piece written by the same author and published on Nov. 28, 2014. Read the original article.

Above: Are you ready? Photo by Toby Melville/REUTERS