These youth of color are organizing to address climate change

On Thursday morning, hundreds of young people of color received an urgent message: they couldn’t afford not to be leaders in the fight against climate change.

“We are descendants of colonization and slavery. You are the children of extraction. Extraction is now taking over the planet,” Elizabeth Yeampierre, executive director of UPROSE, said. “I want to see those fists up!’”

At the Climate Justice Youth Summit on Aug. 3 in New York City, speakers focused on the impact of climate change on people of color and called on youth of color to lead the fight against climate crises in their communities. The daylong event was the sixth of its kind hosted by UPROSE, a Brooklyn-based organization that promotes sustainability and cultural expression.

A series of workshops about urban gardening, gentrification, climate refugees and policing featured throughout the day. A fashion show titled “Culture, Not Consumption” promoted sustainability and the expression of cultural identity within the fashion industry. 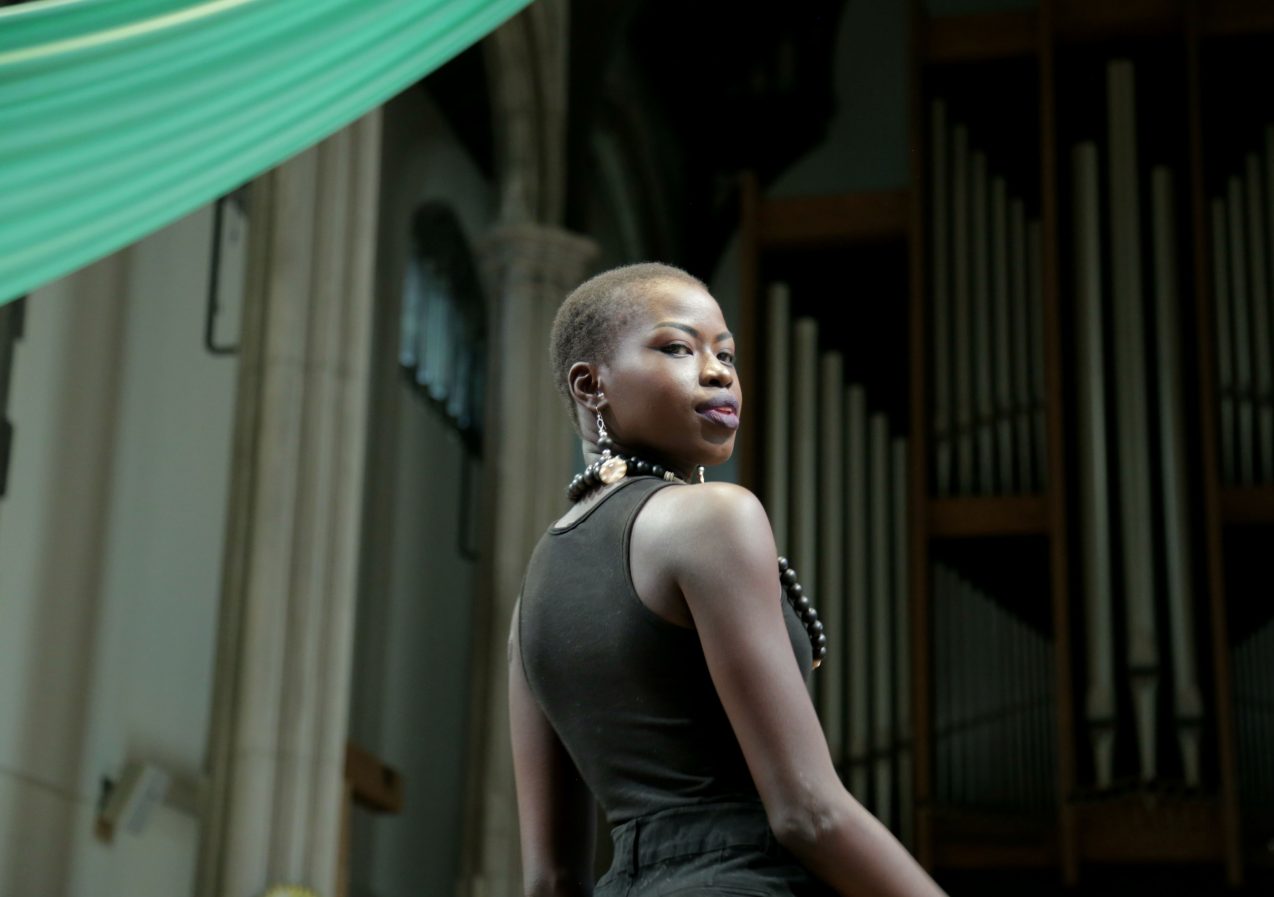 “People of color have always had a history of being one with the land and finding the solutions that they needed in the land,” Samuel Blackwood, a student at Fordham University and summit organizer, said.

Actor and activist Danny Glover, the summit’s keynote speaker, spoke of the need for radical and immediate approaches to promoting environmental sustainability while emphasizing the role of youth in leading such efforts. 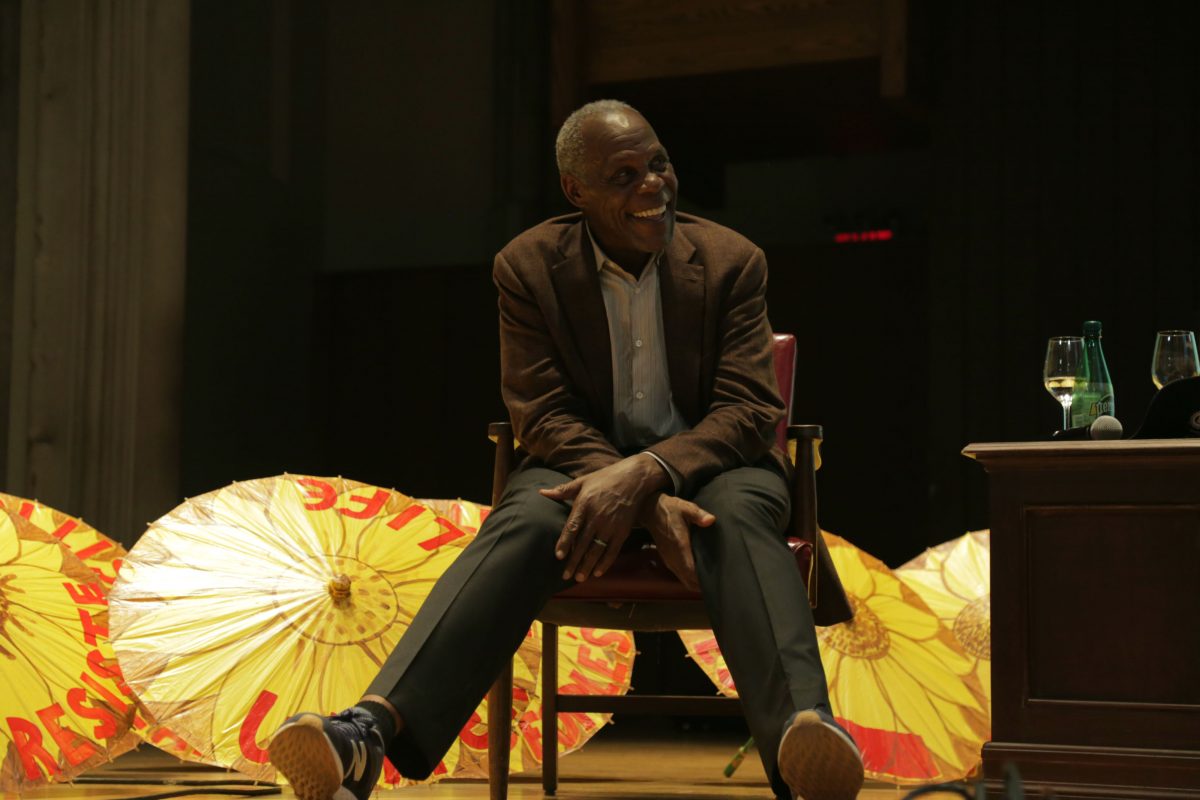 This year, the summit expanded its focus from local to national, partnering with the Climate Justice Alliance to welcome youth from regions across the country who have been on the frontlines of climate justice efforts. The summit organizers also sought to counter misconceptions about climate change and highlight its disproportionate impact on people of color.

Toxic waste sites and power plants, which produce gases that contribute to climate change, are more likely to be located in low-income communities of color, subjecting these populations to health hazards and to air pollution at higher rates, according to the NAACP.

After floods, hurricanes and other extreme weather events, people of color are less likely to be able to relocate safely. Some summit attendees spoke about the effects of Hurricane Sandy in 2012, which put a spotlight on the economic inequalities between different communities coping with the storm’s damage. 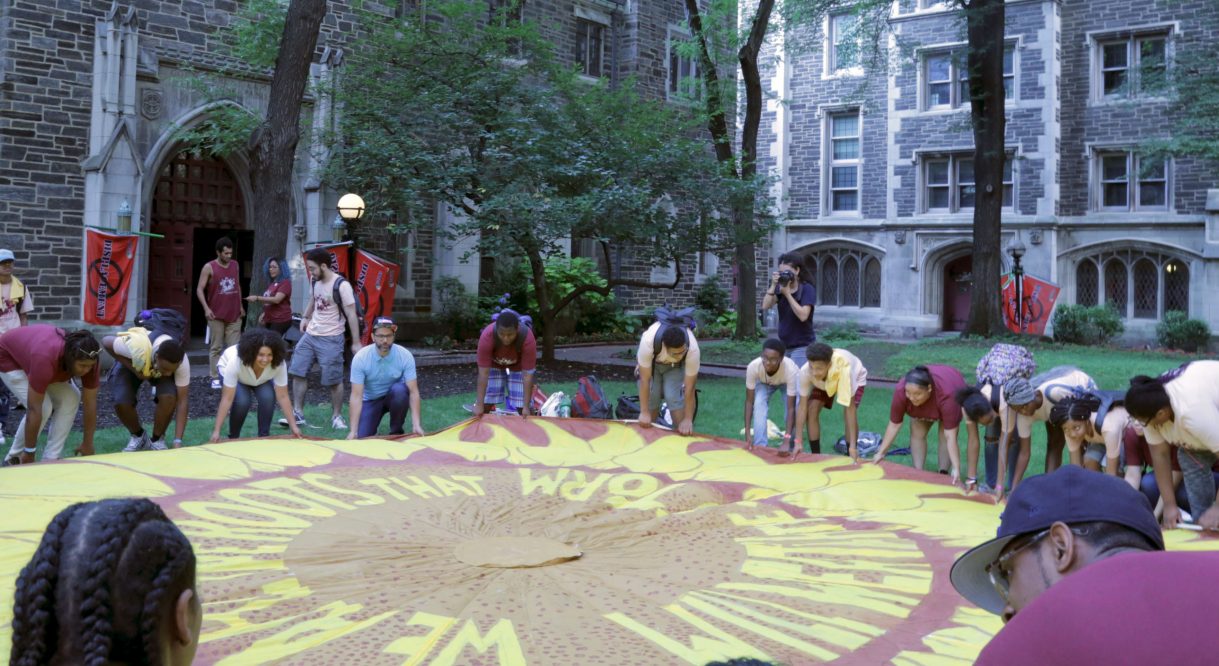 Other environmental hazards also put people of color at risk. Black children experience higher rates of lead poisoning, according to the National Center for Environmental Health. A study published by the American Journal of Public Health in 2011 found that people of color have less access to clean water than their white counterparts. In addition, they have diminished access to healthcare services and are insured at lower rates, according to the Environmental Protection Agency.

The disproportionate impact of climate change on poor communities and communities of color is a global phenomenon. According to Germanwatch, an environmental analytics organization based in Germany, the 10 countries most affected by climate change — in terms of deaths and economic losses between 1994 and 2013 — were predominantly developing and nonwhite countries.

Organizers at the summit said the issue has become even more urgent under President Donald Trump’s administration, which has expressed resistance to climate science. On Friday, he formally notified the United Nations that the U.S. would withdraw from the Paris Climate Accord, though his letter carries no legal weight and U.S. representatives are still scheduled to participate in international climate talks later this year. The Trump administration has also rolled back environmental regulations put in place during the prior administration. 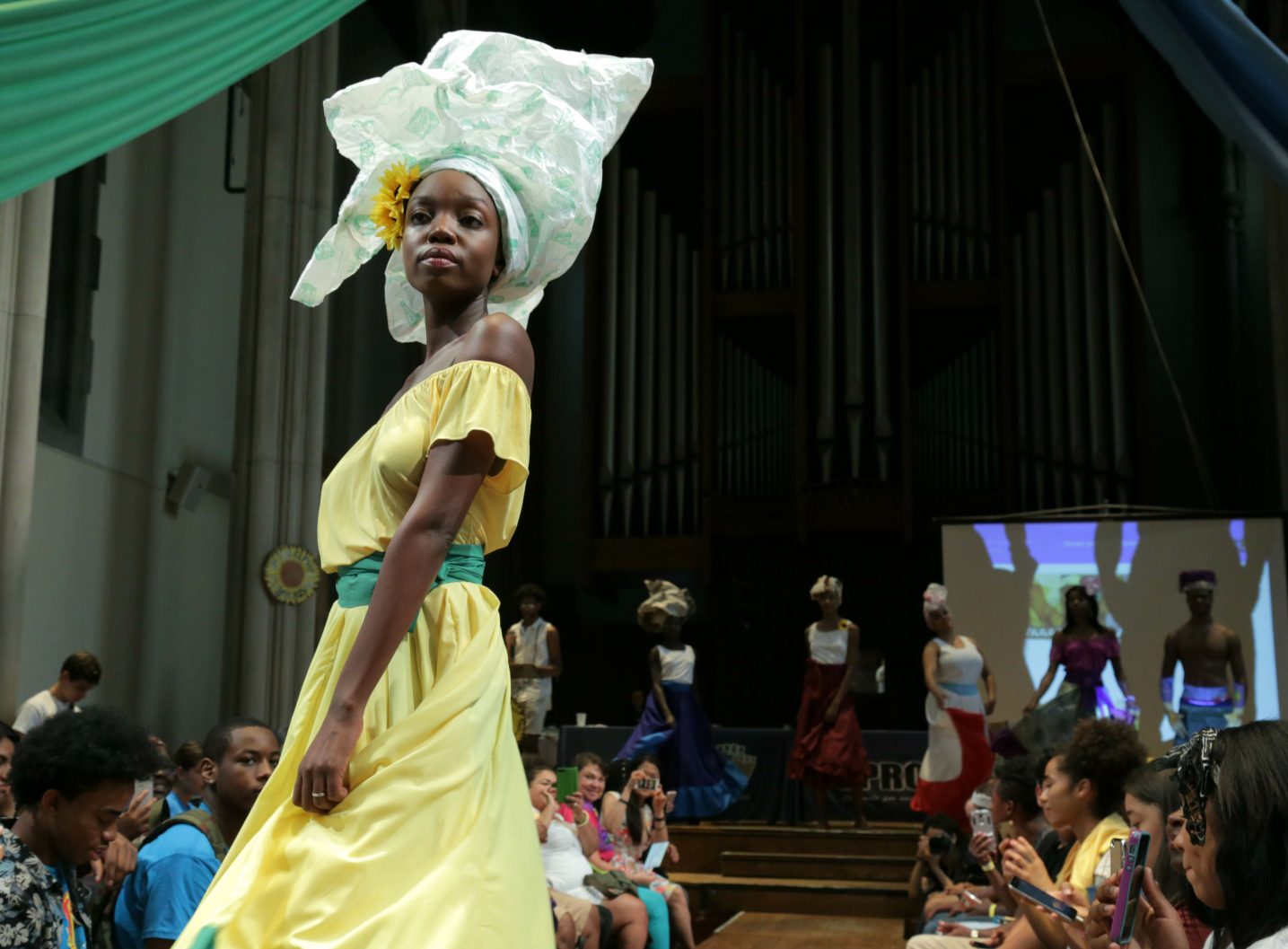 “Community-based grassroots solutions are incredibly important because right now we have a federal government that denies that climate change is a reality and seeks to cut programs that would help us combat that,” Blackwood said. “We have to organize now at the local and state level in order to address this issue because we can’t wait around for federal government to come and help us … It’s happening right now, and we feel the impact in our communities right now.”

PBS NewsHour spoke to summit attendees about how belonging to communities of color affects their involvement in climate justice.

It’s all about community, my indigenous community. We work together. I really want everyone to feel the community across the nation stand up for the climate.

Climate justice is standing up for lower income communities who contribute the least but are impacted the most by global warming. 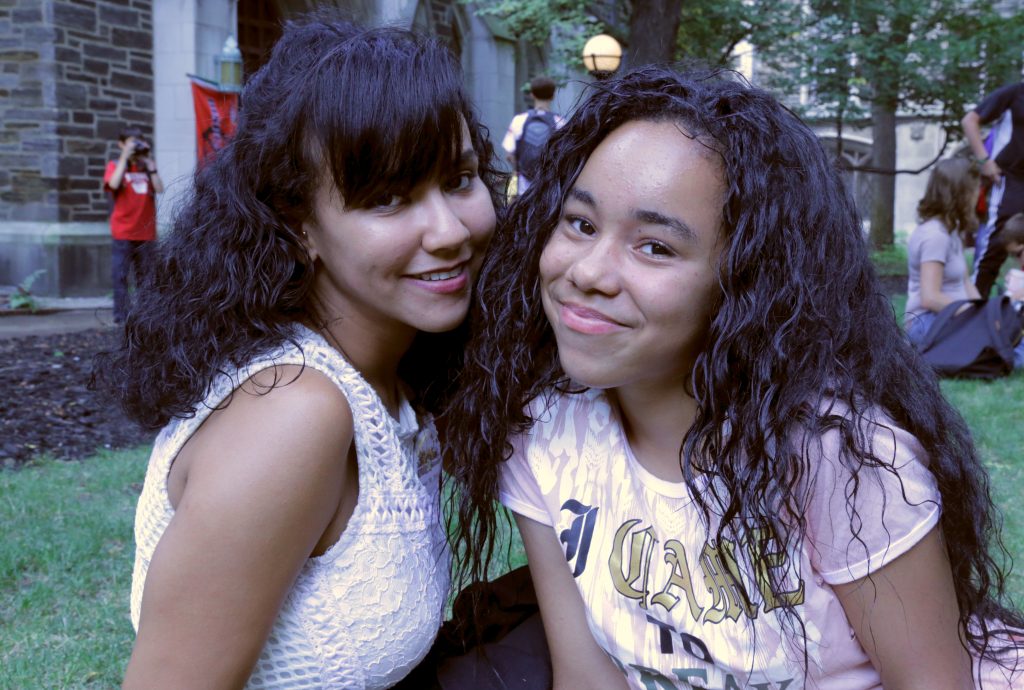 I didn’t understand how everything was connected until I became a part of UPROSE … I’m from Sunset Park in Brooklyn and climate change had a direct effect on gentrification that’s happening there. After Superstorm Sandy happened along the waterfront in Bush Terminal, a lot of those factory buildings got flooded, the property values dropped … there are people who have lived in that neighborhood their whole lives who are so disconnected from what’s going on there.

I’m a climate justice youth summit organizer for UPROSE. I spent the last two months helping UPROSE organize this event with four or five other people and the rest of the UPROSE staff.

I think I was really excited about having and seeing hundreds of young people of color be in this space and feeling this power. When I was their age I was very into the environmental movement and I decided I wanted to dedicate my life to environmentalism. Looking back, going down the path that I have, I wish I had an event that helped me connect social justice to environmentalism and to climate change. I think that there’s something powerful about seeing people of color, older people of color, in the movement that you’re in. I think it tells you that you can do this and I didn’t exactly have that as a young person.

I’ve been in a process of rediscovery with the Latino community. I’m Puerto Rican. … I’m finding that within this movement for me, becoming more active as far as eco-awareness and climate justice goes, I’ve also been able to rediscover my roots, find power in that rediscovery, and it’s led me to become more educated and better-intentioned within an intersectional aspect of my growth. 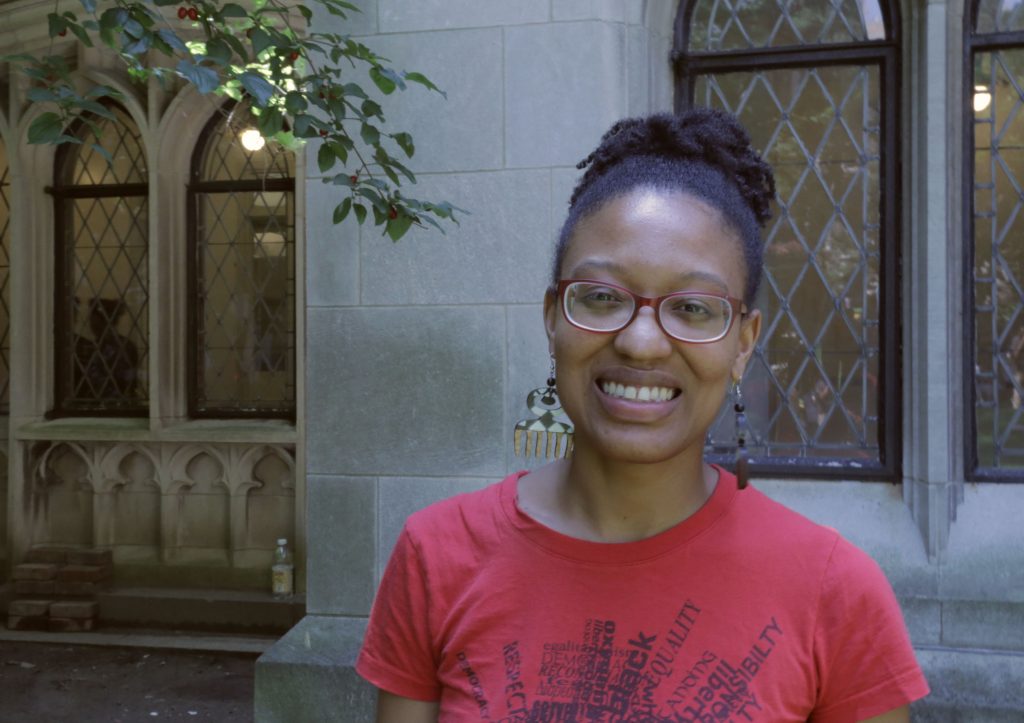 I’m a student myself, a graduate student, but I was really interested to learn more about youth engagement in these issues because we often talk about how women and children and youth are on the forefront but we don’t necessarily always hear their voices. As a person who’s studying climate justice activism from an indigenous and black perspective, I really wanted to understand how youth in this area as well as across the country are coming together and learning from each other.

I’m here with the organization that I work for, the Staten Island Urban Center, and we all decided to come to the summit as a group. We’re looking at the redevelopment of the waterfront in Staten Island on the North Shore. Staten Island was really badly impacted by Hurricane Sandy. They’re building a seawall to try and protect the East Shore from the effects of other superstorms. Environmental justice intersects with our work there because we’re looking at how climate change is going to affect our community and we’re trying to advocate and raise awareness about that and get our local government to [enact] policy that’s going to build resiliency, storm resiliency and environmental resiliency on the island.