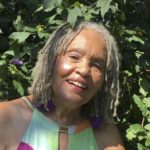 In the 1960s, Ruby Bridges became the first African-American student to integrate into an entirely white public school system in New Orleans. She joins Charlayne Hunter-Gault, who followed in Bridges' footsteps 60 years ago and desegregated the University of Georgia along with Hamilton Holmes, to discuss racism and civil rights in the modern era.

Charlayne Hunter-Gault joined the then-MacNeil/Lehrer Report in 1977. Her assignments included substitute anchoring and field reporting from various parts of the world. During her association with the broadcast, she was recognized with numerous awards, including two Emmys as well as a Peabody for excellence in broadcast journalism for her work on Apartheid's People, a NewsHour series about life in South Africa.