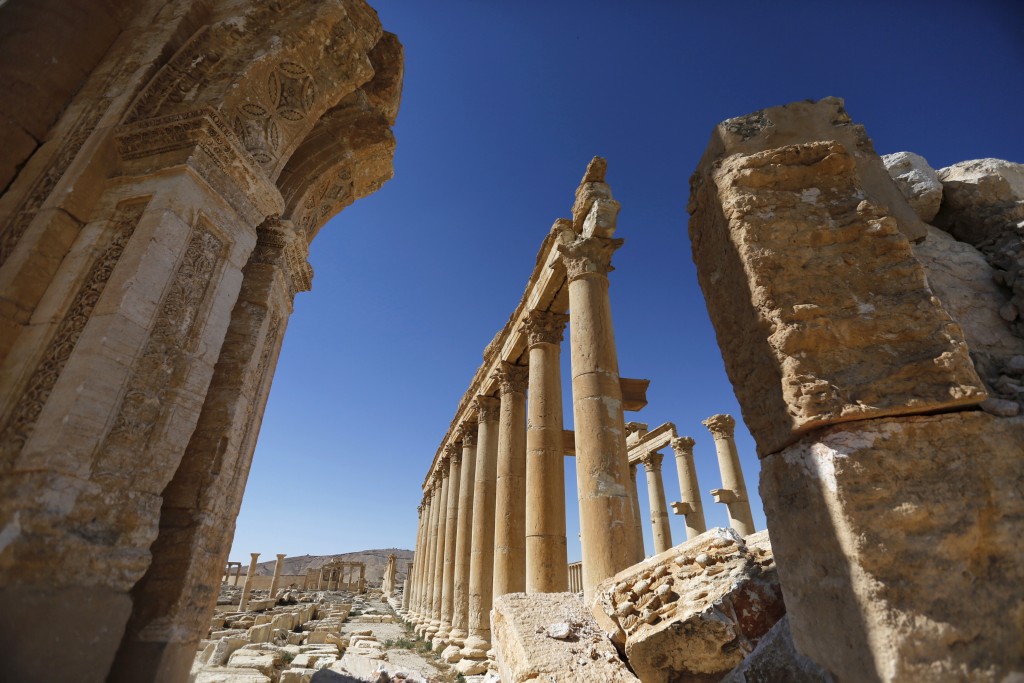 Freed from ISIS, Palmyra’s treasured ruins ‘have blood on them’

The Syrian Army has reclaimed Palmyra from the Islamic State group, dealing a major setback to the militants. Lindsey Hilsum of Independent Television News reports on the state of the ancient city, home to a sprawling set of Roman ruins that were partially destroyed by fighting and by the militants as propaganda.