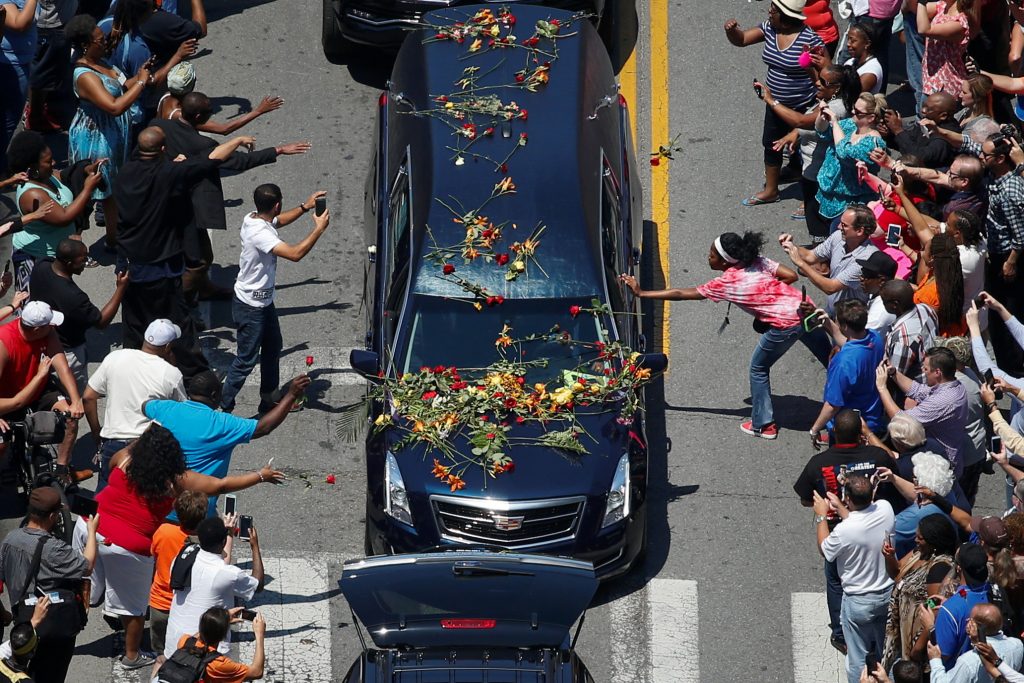 In Louisville, thousands of mourners remember ‘The Greatest’

Late sports icon Muhammad Ali began his final journey through the streets of his hometown on Friday. Accompanied by pallbearers such as Will Smith and Mike Tyson, a 17-car motorcade escorted the boxing champion’s casket through Louisville to Cave Hill Cemetery, where Ali was interred in a private ceremony, followed by a 15,000-strong memorial service. Judy Woodruff reports on the day of mourning.