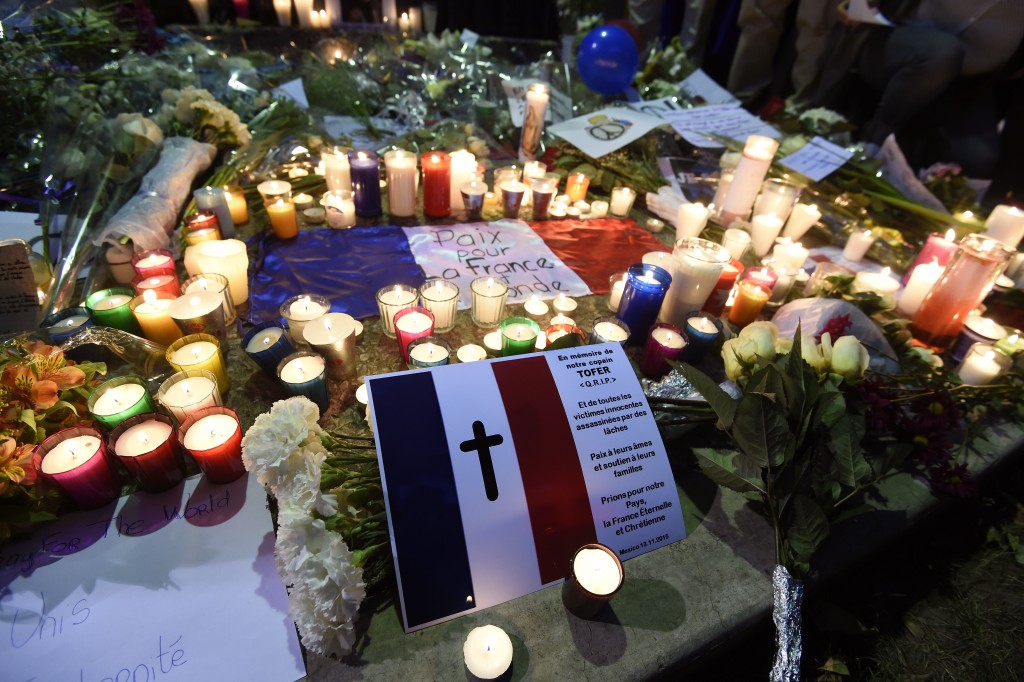 Monday on the NewsHour...

Monday on the NewsHour, the international manhunt continues for suspects involved in the deadly attacks in Paris as France grapples with increasing security. Also: What’s being done to turn back the threat of the Islamic State, U.S. leaders weigh in on allowing Syrian refugees into the U.S., plus a look at some of the tributes made to victims of the tragedy.