With a history of abuse in American medicine, Black patients struggle for equal access 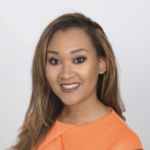 Black Americans have historically faced discrimination and even abuse by medical professionals, issues that have again come to the forefront during the pandemic. We here from Americans who have directly experienced discrimination, and Yamiche Alcindor speaks with Dr. Vanessa Northington Gamble, a professor of medical humanities at George Washington University, to discuss this painful legacy.