KYIV, Ukraine (AP) — About 10,000 women marched noisily through the Belarusian capital on Saturday, beating pots and pans and shouting for the resignation of the country’s authoritarian president in the 35th consecutive day of large anti-government protests.

Many carried portraits of Maria Kolesnikova, a leader of the opposition Coordination Council that is seeking a new presidential election for the ex-Soviet nation of 9.5 million people. She was jailed this week after police tried to force her out of the country. Her lawyer says Kolesnikova was driven to the border with Ukraine, but tore up her passport and refused to leave Belarus.

Others carried placards reading “ “You painted my heart with blue pain,” referring to President Alexander Lukashenko’s claim that some women previously had painted themselves to appear to have been bruised by police beatings.

The human rights group Viasna said more than 70 people were detained by police during the march. 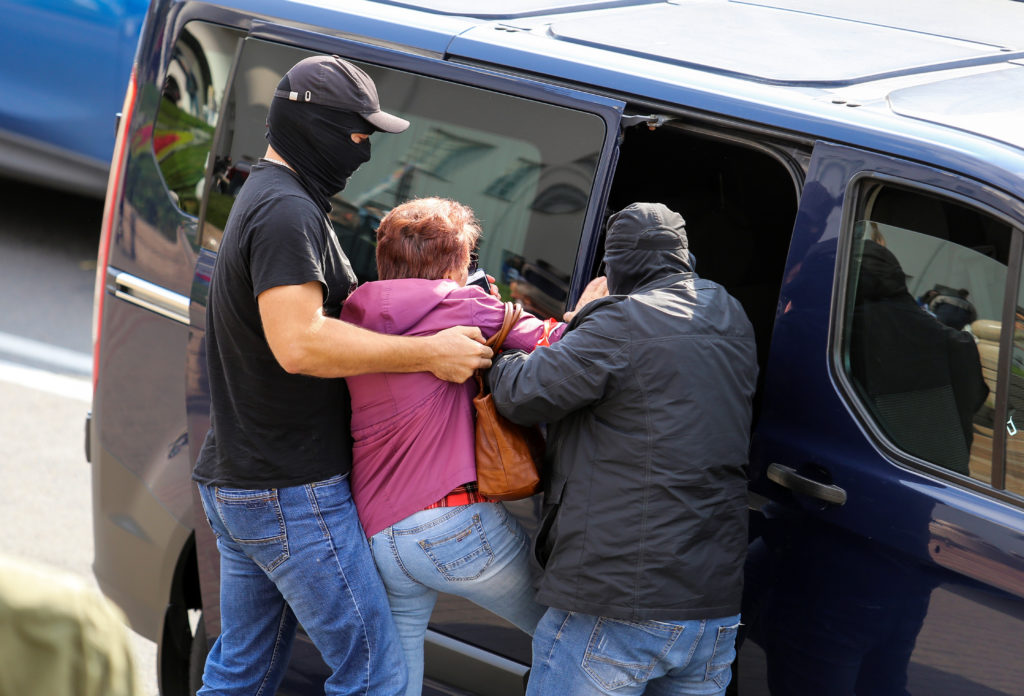 A protester is put into an unmarked van by two plainclothed men during a women’s rally against police brutality following protests to reject the presidential election results in Minsk, Belarus September 12, 2020. Tut.By/Reuters.

Lukashenko refuses to meet with the council, and most of its leaders have been detained or have left the country.

The protests began Aug. 9 after a presidential election that officials say handed Lukashenko a sixth term in office with 80% support. Opponents and some poll workers say the election results were rigged. Some protesters have displayed bruises from a violent police crackdown in the days after the election, when over 7,000 protesters were detained.

The protests are the largest and most widespread of Lukashenko’s 26 years in power. Sunday demonstrations in the capital of Minsk have repeatedly brought out crowds of more than 100,000. Protests have broken out in other major cities in Belarus and strikes have hit some of the country’s major state-owned industries, previously a base of support for the embattled 66-year-old leader. 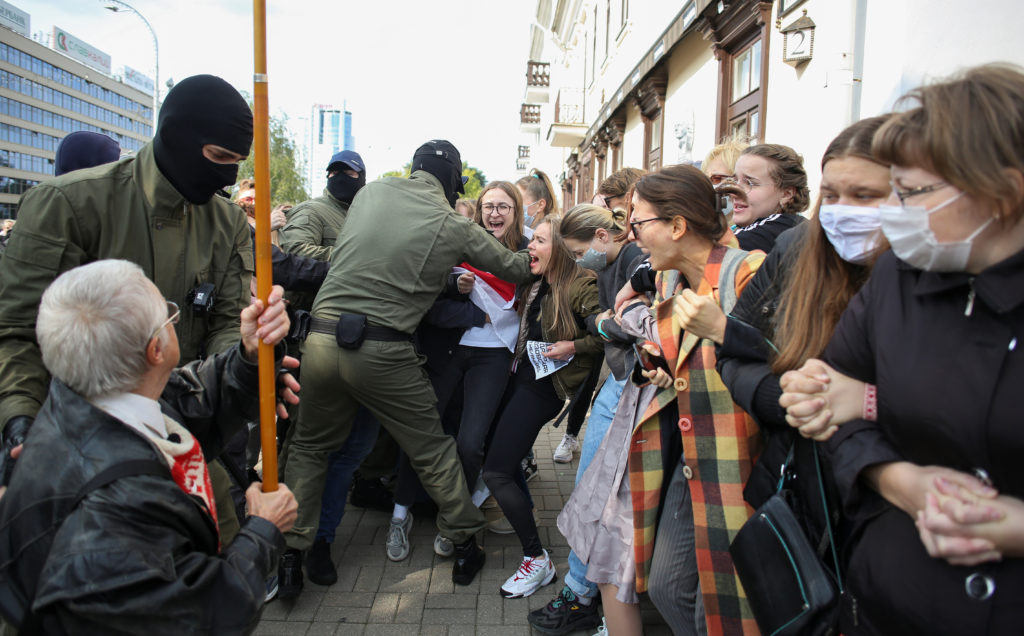 Lukashenko met Saturday with top officials of the country’s security agencies. Throughout the unrest, he has rejected any concessions, has repeatedly accused Belarus’ western neighbors of preparing to overthrow his government. In one show of aggressive defiance, he was seen striding with an automatic rifle across the grounds of his presidential residence.

As the protests persist, questions loom about possible action by Russia to prop up his regime. Lukashenko is meeting with Russian President Vladimir Putin on Monday in their first face-to-face contact since the unrest began.

Putin has said he stands ready to send Russian police into Belarus if the protests turn violent, stoking fears that Moscow could use the political dissent as an excuse to annex its neighbor. The countries have a union agreement envisaging close political, economic and military ties, although Lukashenko has repeatedly expressed concerns that Putin wants Russia to absorb Belarus entirely.

Jim Heintz in Moscow contributed to this report.