LISBON, Portugal — About 1,800 firefighters were struggling to contain wildfires in central Portugal that have already injured 20 people, including eight firefighters, authorities said Sunday.

The fires broke out Saturday across three fronts in the district of Castelo Branco, 200 kilometers (about 125 miles) northeast of Lisbon, the capital, Portugal’s Civil Protection Agency said.

Firefighters were being supported by 19 firefighting aircraft and hundreds of vehicles. 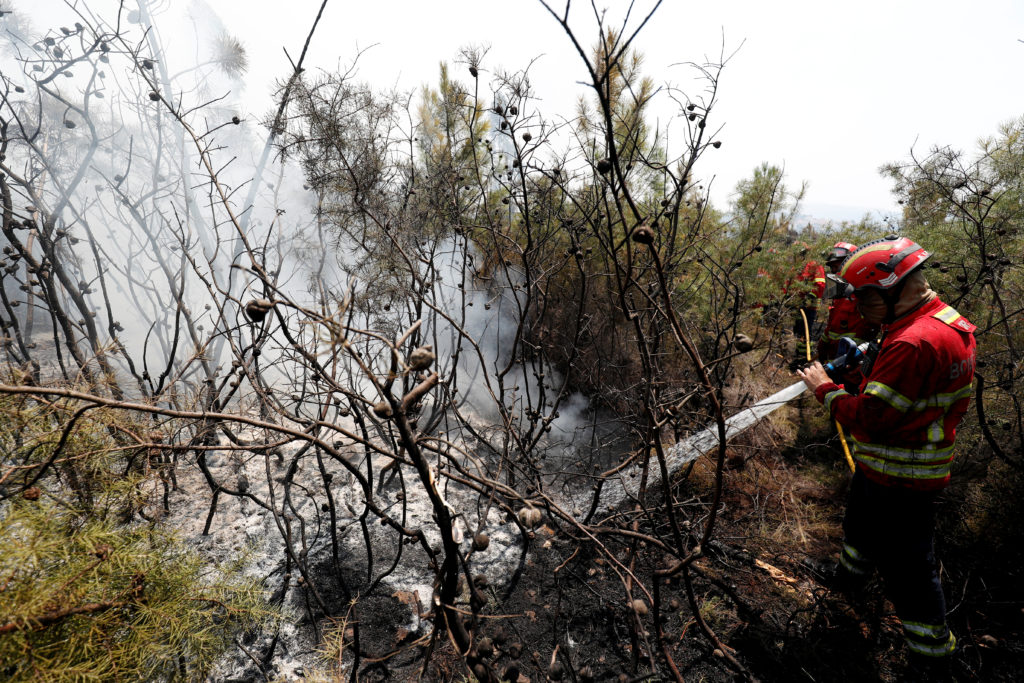 Firefighters help to put out a forest fire next to the village of Vila de Rei, Portugal July 21, 2019. Photo by Rafael Marchante/Reuters

It’s the first major bout of wildfires in Portugal this year. Interior Minister Eduardo Cabrita gave the injury toll Sunday and said authorities were investigating the cause of the blazes.

State broadcaster RTP televised images of flames consuming wooded areas of the rural region that has seen recurrent wildfires in Portugal’s hot, dry summer months. RTP showed firefighters hosing down a line of advancing flames as they rapidly approached houses in the village of Sarnadas while desperate residents looked on and water-dumping aircraft swooped overhead.

While most of the injured were from smoke inhalation, one person was evacuated to a hospital to be treated for burns, according to health authorities. 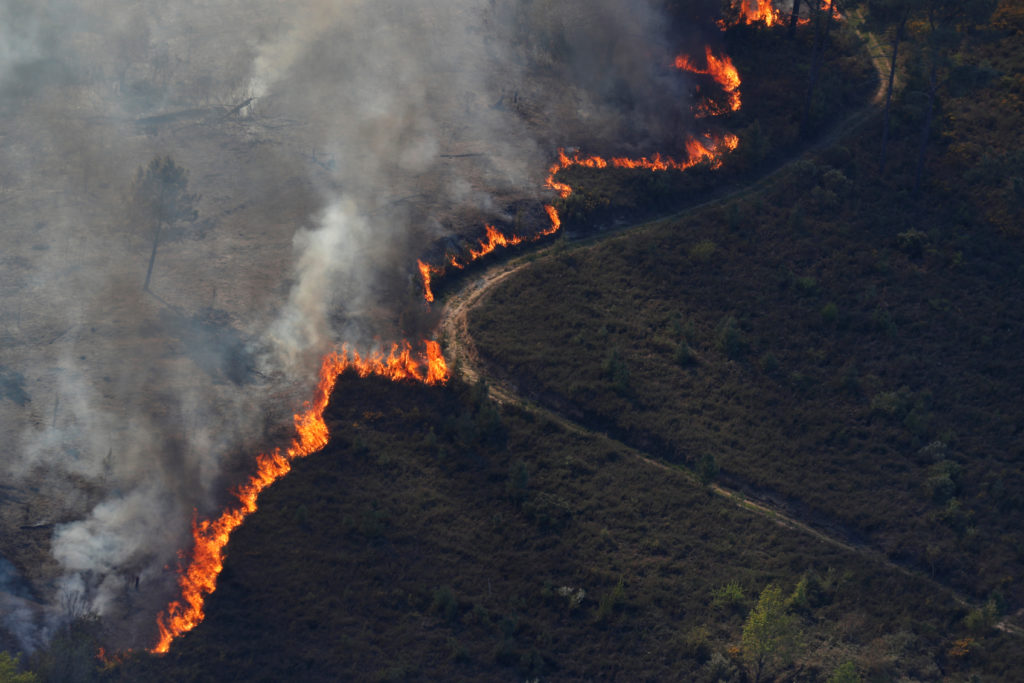 Flames of an approaching forest fire are seen near the small village of Gondomil, near Valenca, Portugal March 27, 2019. Photo by Rafael Marchante/Reuters

At least one road was closed and several residents were told to leave their homes. The Portuguese Army deployed a mobile kitchen to help feed those affected by the fire and was using its tracked vehicles to help clear roads for firefighting crews.

In recent years, the country has witnessed some of its deadliest fires on record, with 106 people killed in 2017. That year’s death toll prompted the Portuguese government to back stronger firefighting prevention measures, leading to no wildfire deaths in 2018.

Left: A firefighter passes while a wildfire burns the forest at Amendoa in Macao, central Portugal on July 21, 2019. - More than a thousand firefighters battled to control wildfires in central Portugal that have forced village evacuations, in a region where dozens were killed in huge blazes in 2017. The firefighters were deployed to tackle three fires in the mountainous and heavily forested Castelo Branco region, 200 kilometres north of Lisbon, according to the website of the Civil Protection. Photo by Patricia De Melo Moreira AFP/Getty Images.