Updated at 9:12 a.m. EST, Nov. 19 — French authorities confirmed Thursday that Abdelhamid Abaaoud, the Belgian suspect behind the Paris attacks, died in a police raid Wednesday. This is following forensic tests, according to a statement from Paris prosecutor, François Molins. According to the New York Times, it is not clear if Abaaoud blew himself up, or if police gunfire killed him.

Authorities also said that the woman who blew herself up with an explosive vest was Abaaoud’s cousin, identified as Hasna Aitboulahcen, according to the Associated Press.

French police stormed an apartment Wednesday in the normally quiet Parisian suburb of Saint-Denis where the suspected mastermind of Friday’s deadly attacks in the capital was thought to be hiding. 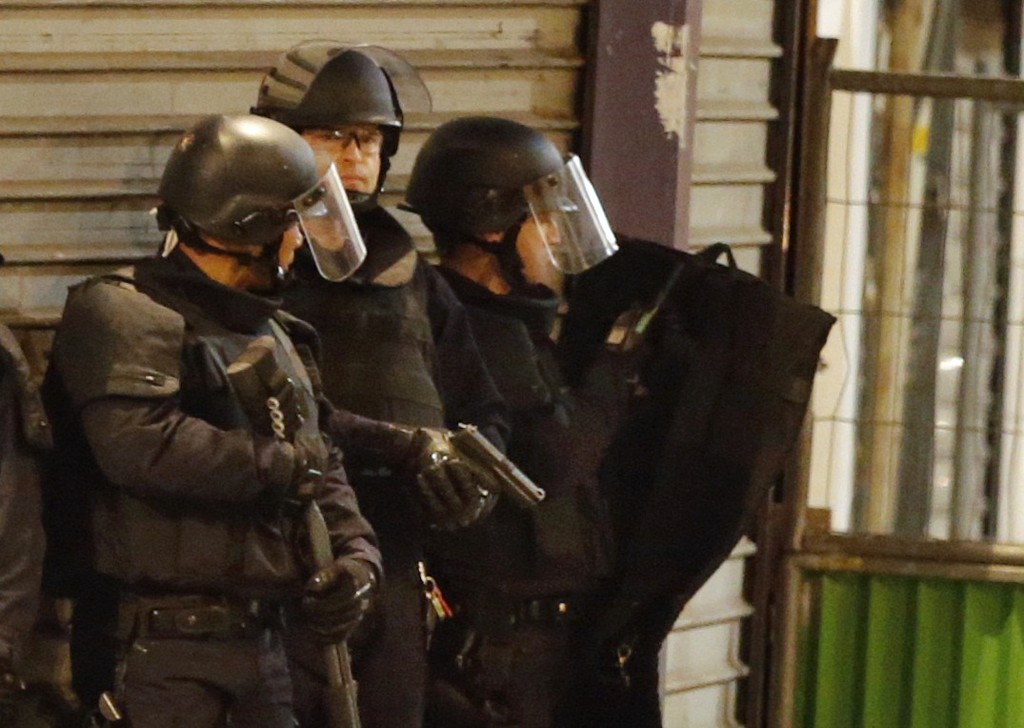 French special police forces secure the area as shots are exchanged in Saint-Denis, France, near Paris, Wednesday during an operation to catch fugitives from Friday night’s deadly attacks in the French capital. Photo by Christian Hartmann/Reuters

Two people died, a woman who blew herself up with an explosive vest and a man who was hit by shrapnel from the raid. Seven others were arrested, but it wasn’t immediately clear if the suspected planner, Abdelhamid Abaaoud, was among them.

Abaaoud, a Belgian, had bragged in Islamic State media that he was able to move back and forth between Europe and Syria undetected.

Neighbors said they heard gunfire and explosions starting at about 4 a.m. and lasting for several hours.

Left: An undated photograph of a man described as Abdelhamid Abaaoud that was published in the Islamic State's online magazine Dabiq and posted on a social media website. The Belgian national, who is suspected of being behind the Paris attacks, was killed in a police raid, french authorities report. Photo from social media via Reuters