SEOUL, South Korea — A balcony inside a nightclub in South Korea collapsed on Saturday, killing two people and injuring 16, including American and other athletes at the world swimming championships, officials said.

Hundreds were at the nightclub in the southern city of Gwangju when the collapse occurred next to the athletes’ village.

Two South Korean men died while 16 others were injured, police said. According to a police account, the injured include 10 foreigners, eight of them athletes who were in Gwangju to participate in the swimming championships.

Among the athletes were three Americans, two New Zealanders, one Dutch, one Italian and one Brazilian, a police officer said, requesting anonymity ahead of an official announcement. He said most had minor injuries but an American female water polo player required surgery. The other two Americans — a man and a woman — are also water polo players, the police officer said.

Police said they detained one of the nightclub’s co-owners and summoned three other club officials to investigate whether the collapsed balcony was an unauthorized structure.

“This is an awful tragedy,” said Christopher Ramsey, CEO of USA Water Polo. “Players from our men’s and women’s teams were celebrating the women’s world championship victory when the collapse occurred at a public club. Our hearts go out to the victims of the crash and their families.”

Among the Americans, Kaleigh Gilchrist of Newport Beach, California, suffered a deep left leg laceration and underwent surgery at a hospital in Gwangju, said Greg Mescall, director of communications for USA Water Polo. He said Paige Hauschild of Santa Barbara, California, suffered lacerations on the right arm and Johnny Hooper of Los Angeles on the left hand that required stitches. 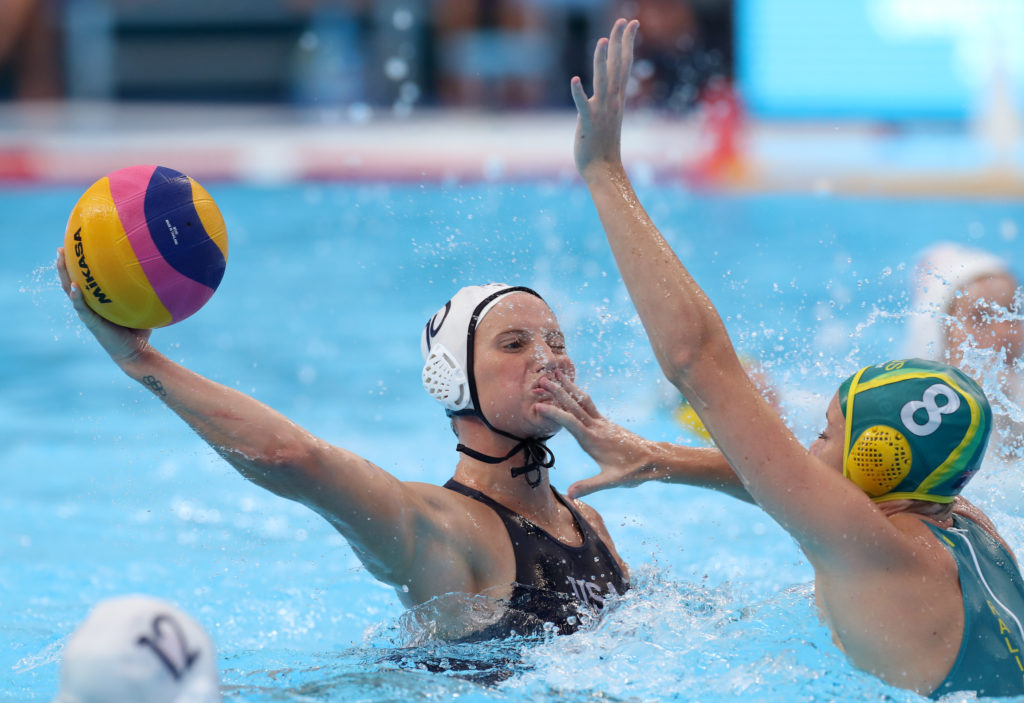 The anti-disaster agency said the injured also included two Uzbekistan exchange students. None of the injured was in life-threatening condition.

Members of the New Zealand men’s and women’s water polo teams were also at the nightclub. The men’s captain, Matt Small, described a chaotic scene and said that his team tried to help the injured.

″(It was) business as usual and then it literally collapsed beneath our feet,” Small said, speaking to New Zealand Radio Sport by phone. “None of the boys are hurt or injured though — so that’s good. But everyone’s a bit shaken up at the moment.”

“We did what we could but we couldn’t really do too much. Some of them were pretty dire cases,” he said. “We were more so just concerned about everyone else, we were trying to do a number count and make sure all the boys were there.”

The local organizing committee for the world swimming championships said that eight of the athletes attending the event were injured, most slightly.

A committee statement said seven of them had already returned to the athletes’ village after minor treatments at hospitals. It said one player had a leg lacerated and was to receive stitches at a hospital.

The organizing committee said it won’t disclose other personal information about the athletes at the request of their national teams.

FINA, international swimming’s governing body, said in a statement that it was “carefully monitoring the situation and will activate all measures to ensure health care and assistance is provided whenever necessary.”

Left: GWANGJU, SOUTH KOREA - JULY 27: South Korean police car is seen outside the nightclub Coyote Ugly on July 27, 2019 in Gwangju, South Korea. Two people were killed with at least ten injured including some athletes when a internal balcony collapsed in the nightclub. Photo by Justin Heiman/Getty Images