5 things you should know about the South China Sea conflict

BEIJING — Despite pressure from the United States, China is not backing down from claiming controversial territory in the South China Sea as its own.

Secretary of State John Kerry met with Chinese Foreign Minister Wang Yi in Beijing on Saturday, hoping to reduce tension between China and several other Asian nations — including Taiwan, Malaysia, the Philippines and Vietnam — that all claim territory in the pivotal patch of the Pacific Ocean that is one of the world’s busiest shipping routes.

While the U.S. has not taken an official position in the dispute, Sec. Kerry called for a diplomatic resolution, emphasizing the need for increased dialogue to resolve deep disagreements over Chinese activity in disputed areas of the South China Sea.

Here are five things you should know.

The geographic location of the South China Sea is strategically important. It links the Indian Ocean to the Pacific and is a critical shipping channel — about half the world’s merchant ships pass through it. Keeping the South China Sea open for commercial navigation is a top priority for both the United States and China.

According to the latest Pentagon report on China’s military, there is also evidence that China is expanding a corps of nuclear submarines based in Hainan, an island at China’s southern tip, in the northern portion of the South China Sea.

Should a country like the United States have open military access to the area, for example, China has concerns that any military installations could be vulnerable to potential attack. 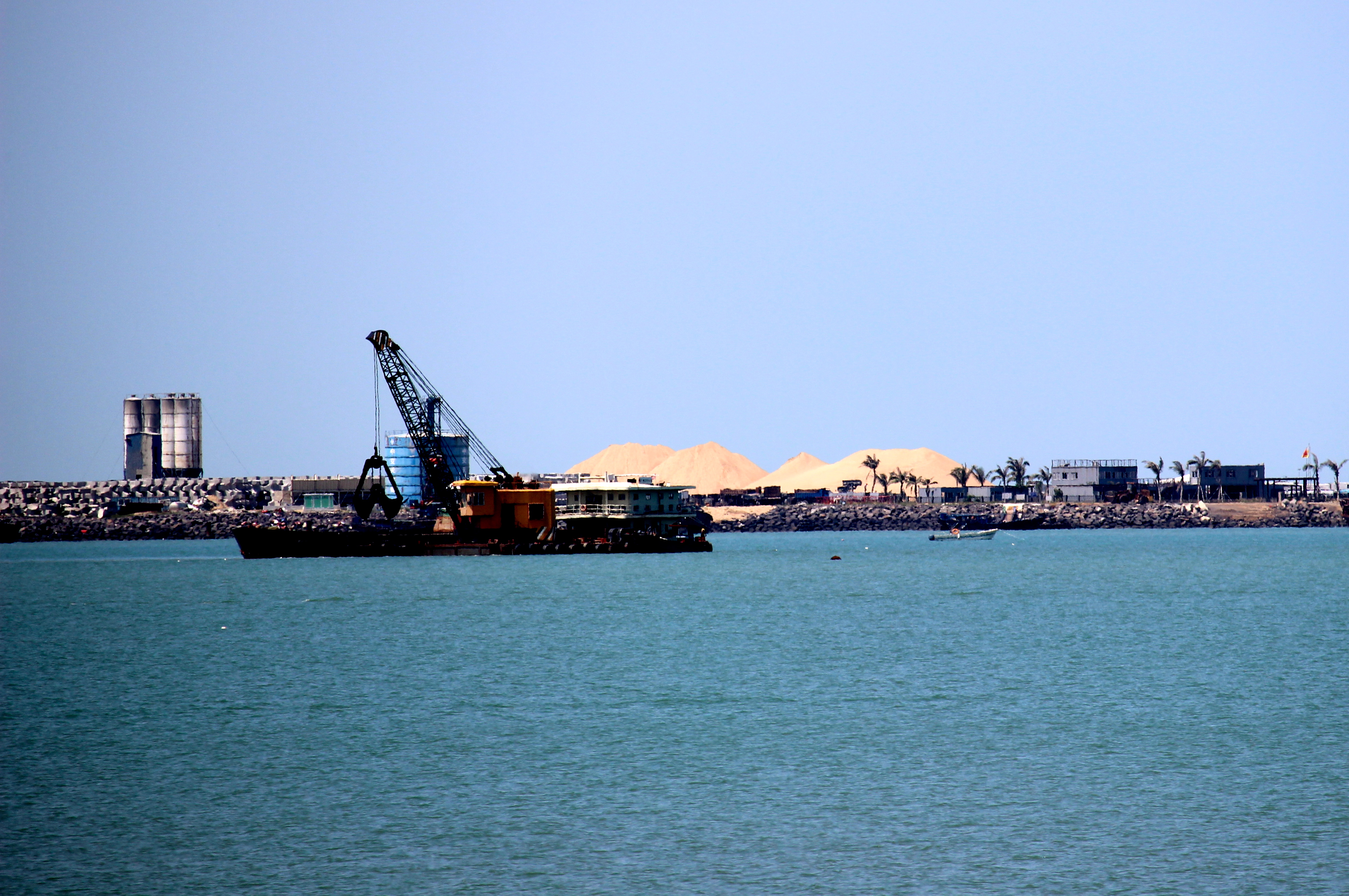 China is looking to expand its maritime interests and capabilities; it wants the ocean for access, power and defense. The United States is hoping to keep the South China Sea free of any restraints so it can continue to operate in the area and contain China’s expanding presence.
Photo by Tracy Wholf/NewsHour.

Experts believe there are valuable fossil fuels in the South China Sea, but estimates vary depending on which country’s analysts you ask.

According to the U.S. Energy Information Administration, hydrocarbon reserves in the South China Sea amount to 11 billion barrels of oil and 190 trillion cubic feet of natural gas.

Eleven billion barrels is a relatively small oil reserve — at China’s current rates of oil consumption, it would only power the country for about three years. But the natural gas deposit is considerable, enough to to power China for more than 30 years at current rates, although China’s energy demands are constantly growing. 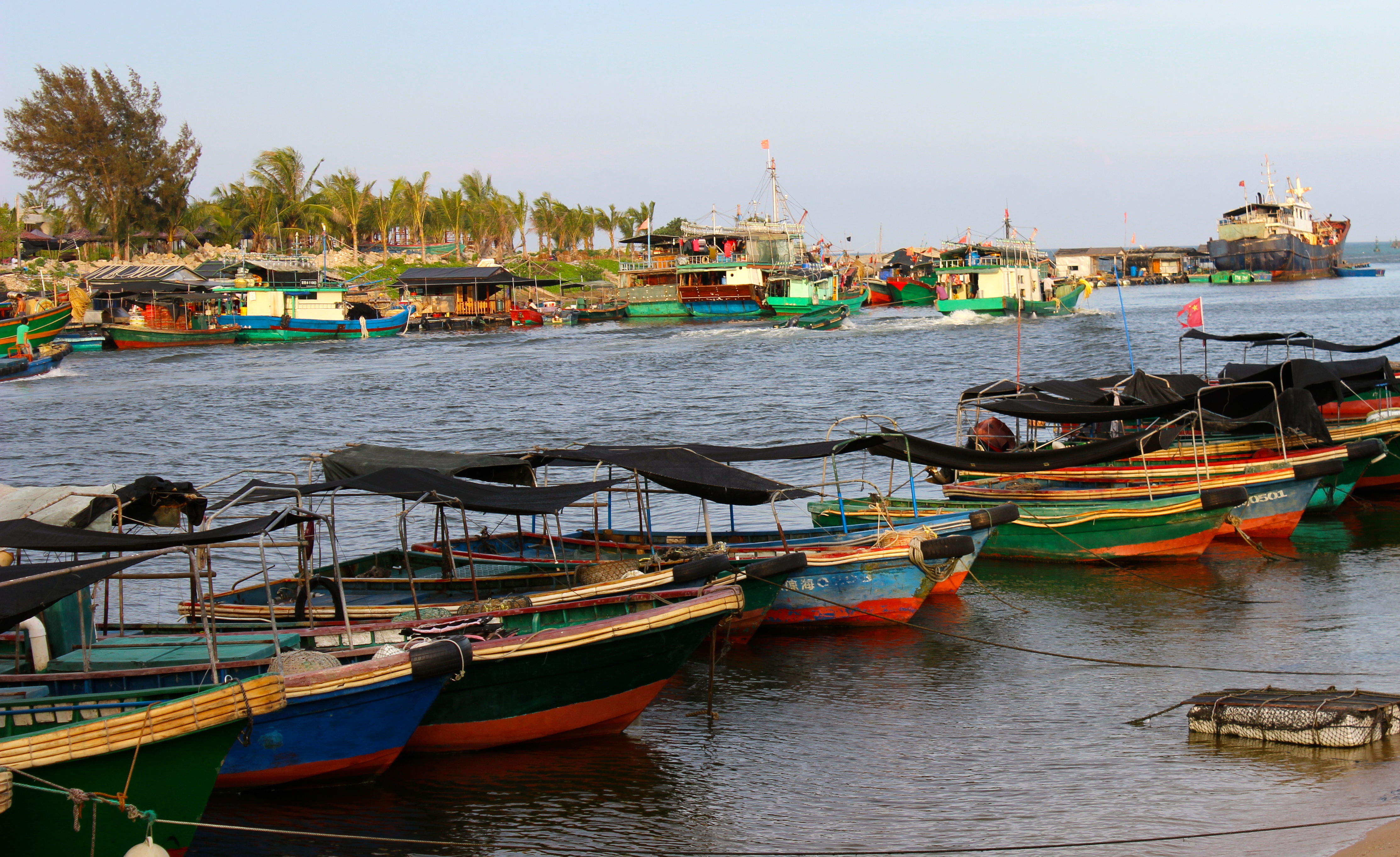 Until sovereignty claims are resolved, the region will remain a hot bed of conflict where any wrong move could be interpreted as an aggressive one, but war is highly unlikely.
Photo by Tracy Wholf/NewsHour.

3. Fishing boats caught in the fray

Fishing in the South China Sea is a big business. Some estimates indicate up to 10 percent of the world’s ocean-caught fish come from the region. The industry also employs millions across the region.

But fishing vessels are also a source of conflict. A prime example is the current situation in the Scarborough Shoal, a fishing ground less than 130 miles off the Philippine coast. In 2012 the Philippine Navy discovered a Chinese vessel engaged in illegal fishing in the area. Before the Philippines could take any action, two Chinese surveillance ships came to the aid of the vessel and blocked access to the shoal.

The Chinese have fiercely guarded the area and have prohibited access to non-Chinese boats ever since. Similar standoffs have happened with Vietnamese fishing vessels, which have been bumped and rammed by Chinese ships in contested waters. 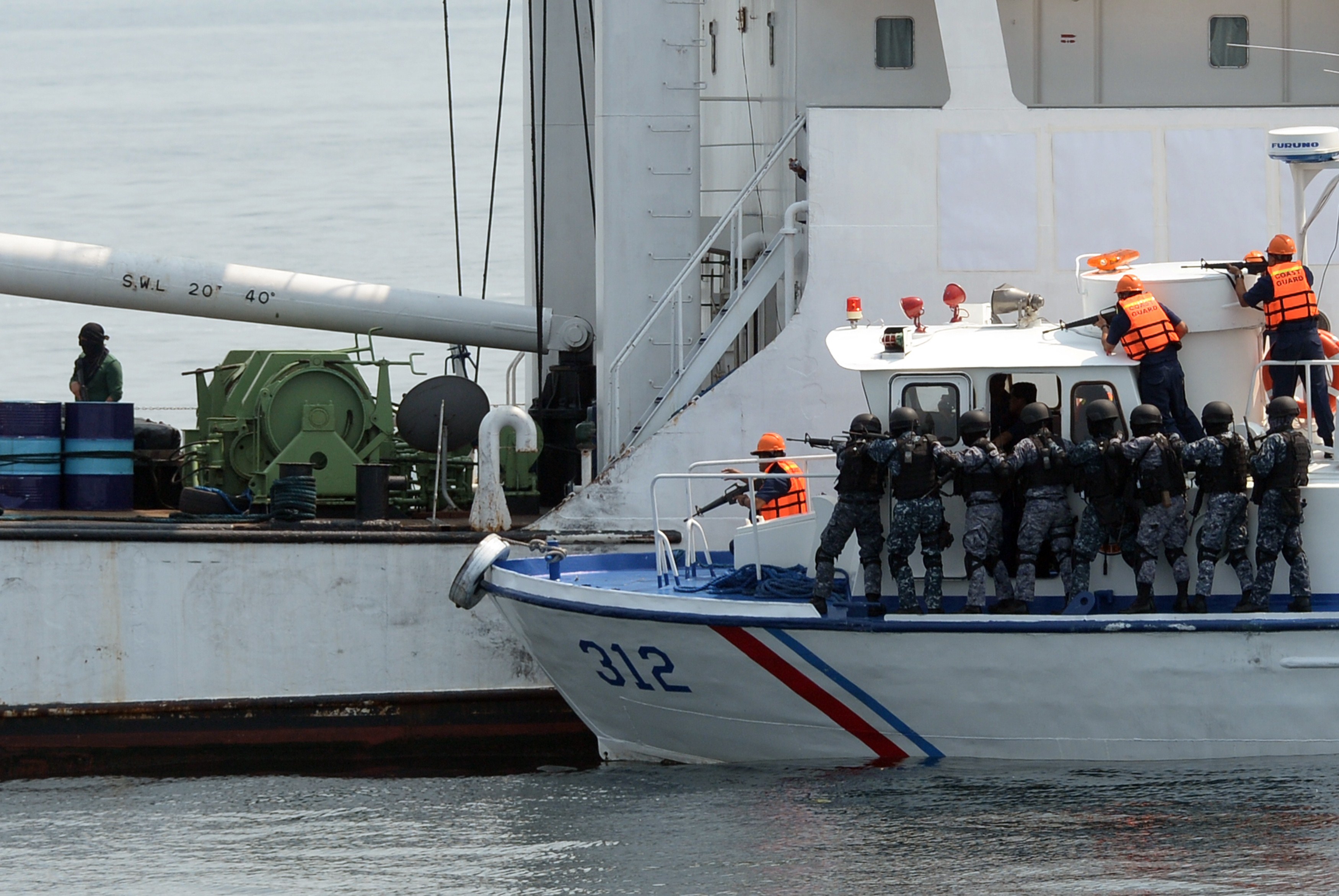 Philippine coastguard personnel prepare to board a ship during a simulation of a sea jacking scenario as part of the combined Philippine-Japan maritime exercise off Manila bay, in the mouth of South China sea on May 6, 2015. Photo by TED ALJIBE/AFP/Getty Images.

Despite the abundance of sovereignty claims in the waters, war over this portion of the Pacific Ocean is unlikely.

A more likely scenario might be an accident that triggers a military reaction.

An accident similar to the 2001 EP3 incident, when a U.S. reconnaissance plane and a Chinese fighter jet collided in midair over the South China Sea, is more likely than a naval accident, according to some analysts. 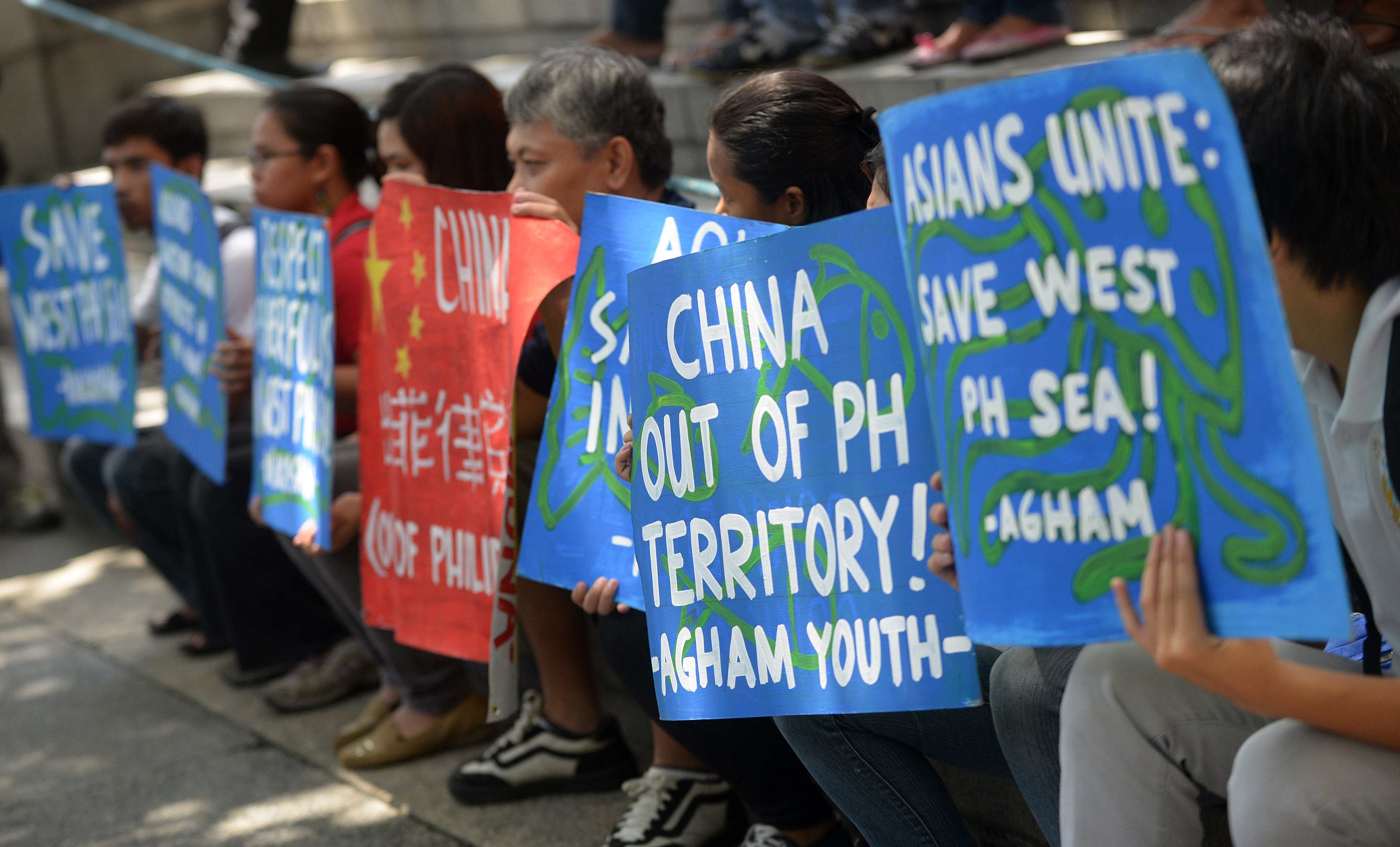 Filipino environmental activists display placards during a rally outside China’s consular office in Manila on May 11, 2015, against China’s reclamation and construction activities on islands and reefs in the Spratly Group of the South China Sea that are also claimed by the Philippines. Photo by JAY DIRECTO/AFP/Getty Images.

5. China signals it will not back down

China has claimed the majority of the South China Sea for centuries and will not relinquish what the country says is its sovereign right to protect and defend Chinese territory.

Chinese officials insist the country’s primary goal in the South China Sea is to preserve stability and claim the best resolution to various disputes would be joint-development projects to cultivate valuable resources found in the sea.

“The determination of the Chinese side to safeguard our own sovereignty and territorial integrity is as firm as a rock, and it is unshakable,” China’s Foreign Minister Wang Yi said. “It has always been our view that we need to find appropriate solutions to the issues we have through communications and negotiations that we have among the parties directly concerned with peaceful and diplomatic means on the basis of respecting historical facts and international norms. This position will remain unchanged in the future.”

Every action, including land reclamation projects on disputed islands in the South China Sea, is considered legal and in accordance with international law, Chinese officials say.

Angered by Chinese actions in the disputed waters, the Philippines filed a case at The Hague over sovereignty claims in the region.

The case will be heard later this summer, but China has so far refused to participate in the arbitration, saying that the dispute should be resolved bilaterally.