A passenger plane operated by the low-cost carrier FlyDubai crashed outside the Russian city of Rostov-on-Don in the early morning hours on Saturday killing all 62 people on board, officials said.

The Beoing 737-800 was carrying 55 passengers and 7 crew members before it slammed into the ground outside the southern Russian city near the Ukrainian border.

Four children were reportedly among the dead and 44 people on board were said to be Russian, according to FlyDubai.

An official cause has yet to be released by authorities.

There were reported high winds in the area, and the city’s governor said bad weather was to blame. Investigators were also looking into the possibility of pilot error.

Russian news reports said the plane had been circling the airport for up to 2 hours and was engaged in a second attempt at landing when the crash occurred. The incident took place within the airport’s boundaries, about 800 feet from the runway, according to the Guardian. 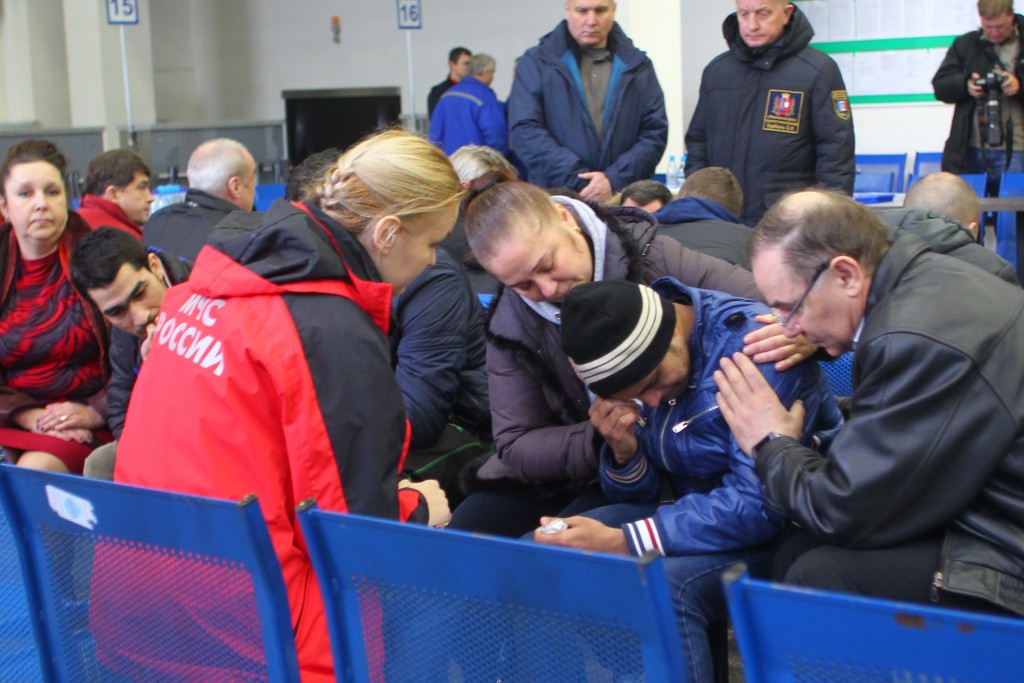 An emergency psychologist comforts a relative of passengers after FlyDubai Boeing 737-800 crashed down on the runway at the Rostov on Don airport in Russia on March 19, 2016. Photo by Fedor Larin /Anadolu Agency/Getty Images

Local authorities said more than 500 rescue workers were sent to to the site of the wreckage.

FlyDubai Chief Executive Ghaith al-Ghaith said in a statement that the company is working closely with Russian authorities to determine the cause of the accident.

“Our primary concern is for the families of the passengers and crew who were on board,” he said. “Everyone at FlyDubai is in deep shock and our hearts go out to the families and friends of those involved.”

Left: A view of the crash site is seen after FlyDubai Boeing 737-800 crashed down on the runway at the Rostov on Don airport in Russia on March 19, 2016. A Dubai passenger plane crashed in the Russian southern city of Rostov-on-Don, killing 62 people on board, the Russian Ministry of Emergency Situations said. Fedor Larin /Anadolu Agency/Getty Images