A Russian military aircraft headed for Syria crashed into the Black Sea on Sunday morning, killing all 92 people on board, including dozens of people from the Red Army Choir planning to entertain troops.

The Tupolev Tu-154 disappeared from the radar around 5:30 a.m. local time, two minutes after it left the resort town Sochi, where it had stopped for fuel after leaving from Moscow, according to news reports. Fragments of the plane were found in the ocean about a mile off Sochi’s shore as emergency responders scoured for survivors and clues. 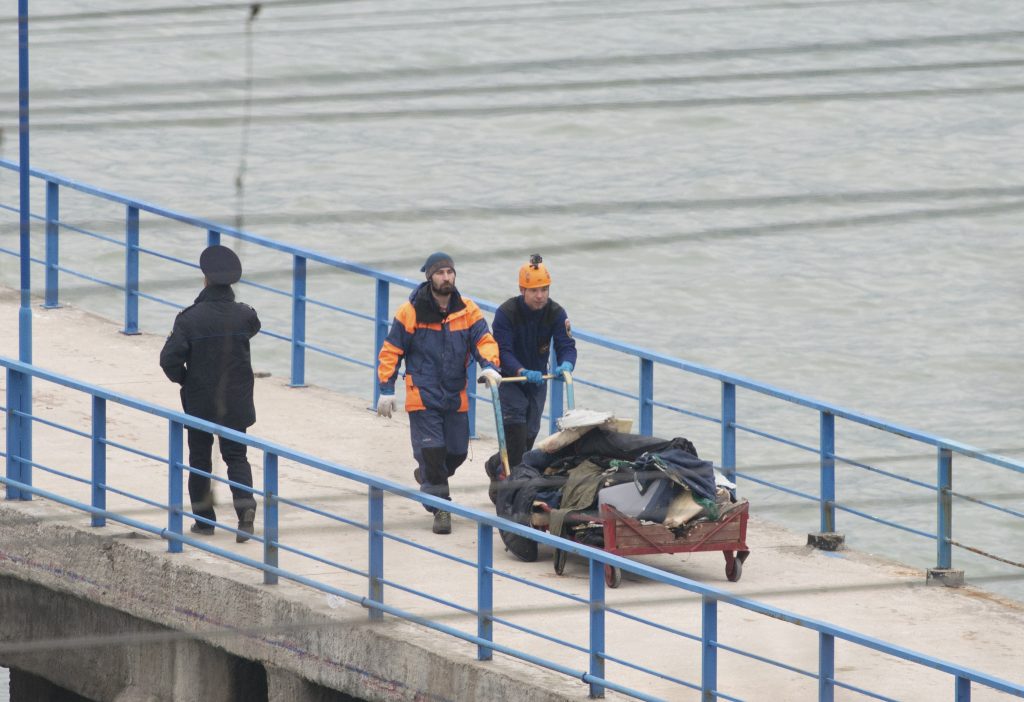 Russian Emergencies Ministry members push a cart with remains of Russian military Tu-154 plane which crashed into the Black Sea, at a quay in the Sochi suburb of Khosta, Russia, Russia December 25, 2016. Photo by Yevgeny Reutov/Reuters

“The area of the crash site has been established. No survivors have been spotted,” Konashenkov said.

Russian agencies said it is too early to determine the cause and that they are investigating all possibilities, including terrorism.

Left: People pay tribute to passengers and crew members of Russian military Tu-154 plane crashed into the Black Sea, near a makeshift memorial outside the headquarters of the Alexandrov Ensemble, also known as the Red Army Choir, in Moscow, Russia December 25, 2016. Photo by Sergei Karpukhin/Reuters