LAUSANNE, Switzerland — While the Winter Olympics still has issues attracting bidders, two candidates have stayed on Monday’s ballot to pick the 2026 host.

The contest is formally a choice between Milan-Cortina and Stockholm-Are. Effectively it is northern Italy against Sweden and Latvia as the costs and duties of Olympic hosting shift from cities to regions and multiple nations.

The International Olympic Committee hopes — and arguably needs — the 2026 Winter Games to ease concerns of taxpayers worldwide that hosting a two-week sports festival would be a too-expensive luxury.

Pyeongchang in 2018 will be followed in 2022 by Beijing, which took advantage of European rivals, including Stockholm, being wary of the cost or rejected by local voters.

Both 2026 candidates likely would have dropped out of previous contests that had stricter rules and deadlines.

Now, the IOC makes fewer demands early in the process, urges using existing venues and coaxes candidates by letting them secure key government promises up to the last minute.

“We’re the forerunner and we take pride in that fact,” Italian Olympic Committee President Giovanni Malago said during the campaign. 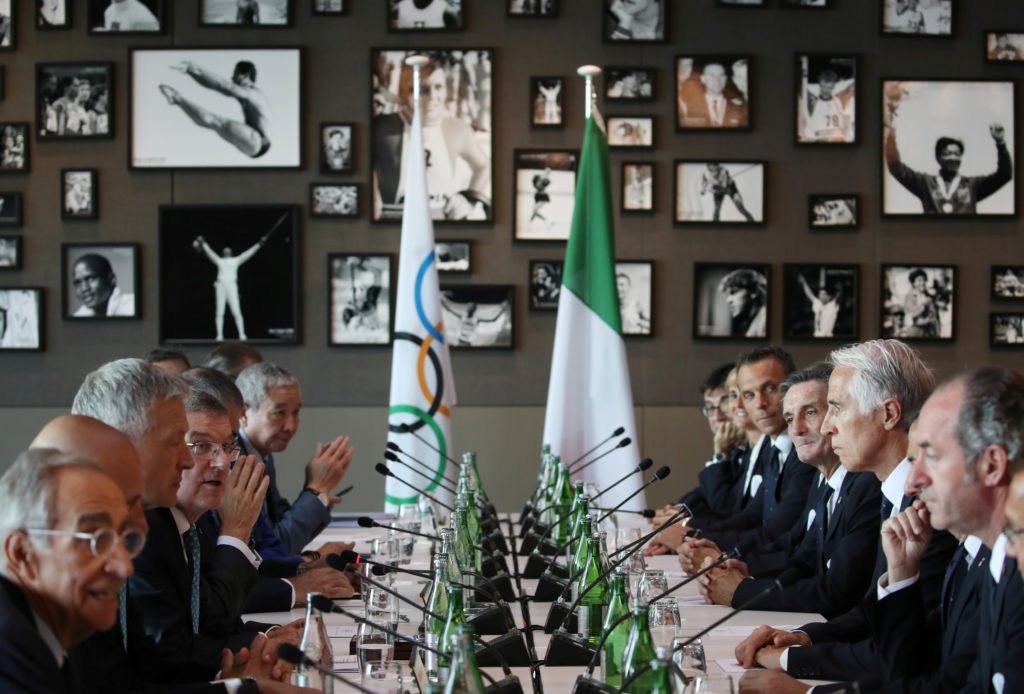 Still, the votes of around 85 IOC members — many from countries with little snow and ice sports tradition — can be tough to read for Winter Games.

Here’s a look at the vote:

Milan is the city base, sharing the bid name with picturesque Alpine ski resort Cortina d’Ampezzo about 400 kilometers (250 miles) away by road. Other towns in the middle would also stage events.

Milan’s storied 80,000-seat San Siro soccer stadium is slated for the opening ceremony, and the closer is a Roman amphitheater in Verona.

Stockholm on Sweden’s southern coast is 540 kilometers (335 miles) from Are in the northwest.

Almost as far across the Baltic Sea is Latvia, which has a bobsled track at Sigulda. It’s the best option to avoid building a white elephant venue in Sweden.

“This would give Latvia an Olympic experience the country might not otherwise have the opportunity to enjoy,” the IOC evaluation said.

Split-nation hosting is not new to Sweden. In 1956, when Melbourne hosted the Summer Games in November and December, quarantine rules for horses meant equestrian events were held in Stockholm in June. 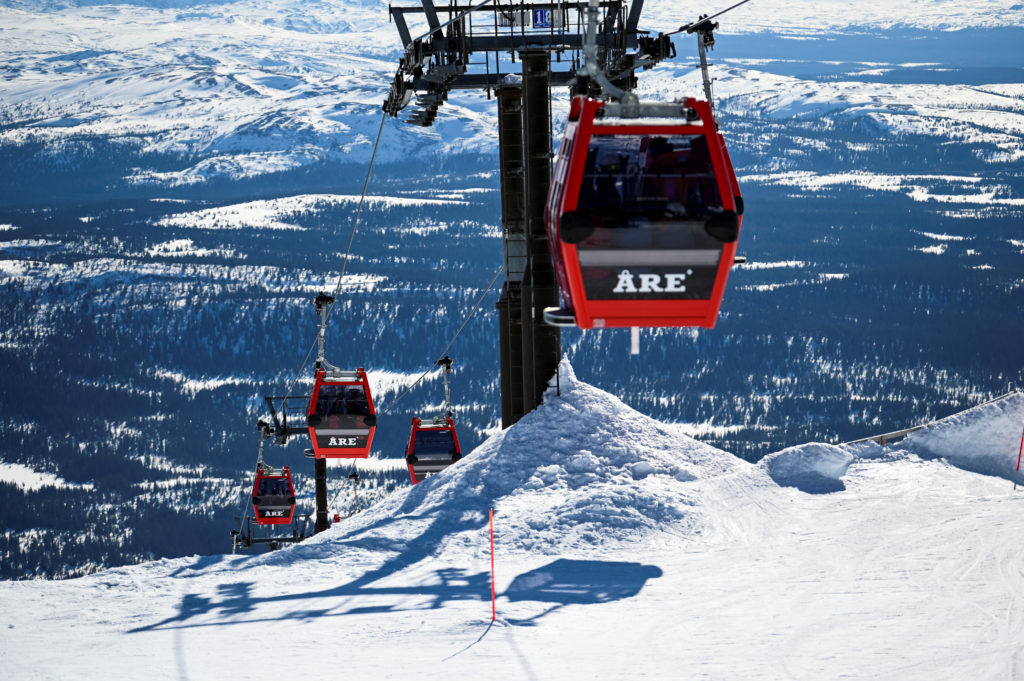 A ski lift at the Areskutan mountain is seen in Are, Sweden, April 23, 2019. Sweden’s Stockholm-Are is one of two remaining bids for hosting the 2026 Winter Olympics, which will be selected by International Olympic Committee (IOC) on June 24, 2019. Picture taken April 23, 2019. TT News Agency/Pontus Lundahl via Reuters

The IOC has just two candidates for the second straight Winter Games vote.

Four years ago, Beijing won a 44-40 vote narrowly over Almaty, Kazakhstan, after several contenders dropped out, including Stockholm in the early stages.

For 2026, a St. Moritz-Davos plan failed for the second straight time, and Switzerland’s next option, Sion, was downed in a public vote. Opposition from Austrian voters also halted a bid, and the IOC stopped Erzurum, Turkey, going forward. Calgary, the 1988 host, lost a public vote and 1972 host Sapporo, Japan, did not follow through on its initial interest.

The Italian and Swedish bids both had bumpy passages to Lausanne.

The Swedes have been tested to unite lawmakers. A new city government in Stockholm only formed in October and is not an official signatory to the key IOC hosting contract.

A minority national government coalition was approved only in January after being in limbo for months.

Italy also formed a new coalition last year, which gave caution to Olympic officials who had seen Rome drop out for the 2020 and 2024 Summer Games. Turin also pulled out in a squabble with Milan.

The IOC’s own polling of public enthusiasm showed “83% support in Italy” and “55% in favor in Sweden.”

Milan needs to build a hockey arena with private funding. An athlete village in the city is planned anyway for university student housing.

The IOC’s efficiency drive means it wants Bormio cut as the men’s Alpine ski venue, and the women’s venue Cortina used instead. 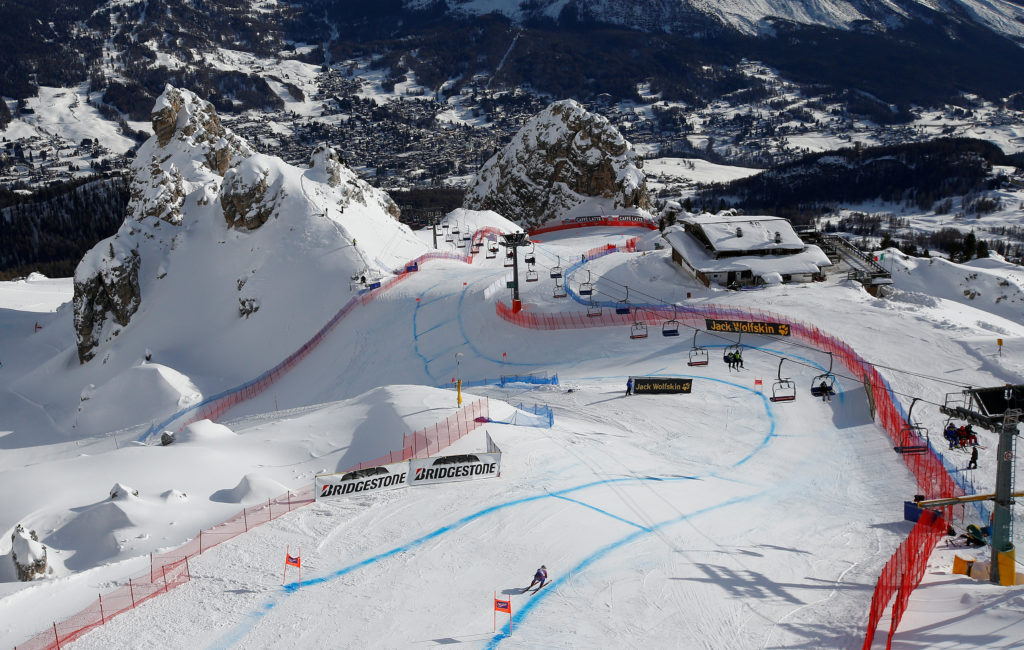 The Swedish bid has concerned the IOC for lacking “binding venue funding guarantees” for the athlete village in Stockholm, plus new arenas for speedskating and a shared venue for cross-country skiing and biathlon.

The 2026 bid needs to be seen as cost-controlled to help reassure potential future bidders.

The Italians plans for a games operating budget of 1.5 billion euros ($1.7 billion).

The IOC has promised to kick in $925 million for the organizers, while security is an extra cost funded by taxpayers.

The IOC has 95 members, including royalty from Britain, Denmark, Jordan and the Emir of Qatar. Not all will vote Monday.

Three are suspended while implicated in wrongdoing, some rarely attend, while the members from Italy and Sweden are not eligible to vote.

The vote, starting a three-day annual meeting, is at the same SwissTech conference center in Lausanne where two years earlier IOC members agreed to combine the 2024 and 2028 Olympic votes — making winners of both Paris and Los Angeles.

The winner will have a simple majority of valid votes cast. It should be announced around 6 p.m. local time (1600 GMT) on Monday.

Left: Guest are seen in front of the Olympic House, the new International Olympic Committee (IOC) headquarters, after the inauguration ceremony in Lausanne, Switzlerland June 23, 2019 ahead of the decision on 2026 Winter Games host. Photo By Fabrice Coffrini/Pool via Reuters