KABUL, Afghanistan — Afghanistan’s presidential polls closed Saturday amid fears that accusations of fraud and misconduct could overwhelm any election results, while insurgent attacks aimed at disrupting voting in the country’s north and south caused dozens of casualties.

An upsurge in violence in the run-up to the elections, following the collapse of U.S.-Taliban talks to end America’s longest war, had already rattled Afghanistan in the past weeks. Yet on Saturday, many voters expressed equal fear and frustration over relentless government corruption and the widespread chaos at polling stations.

A deeply flawed election and contested result could drive the war-weary country into chaos.

Ruhollah Nawroz, a representative of the Independent Complaints Commission tasked with monitoring the process, said the problems are countrywide.

Nawroz said he arrived at a polling center in the Taimani neighborhood of Kabul, the capital, at 6 a.m. and “hour by hour I was facing problems.” 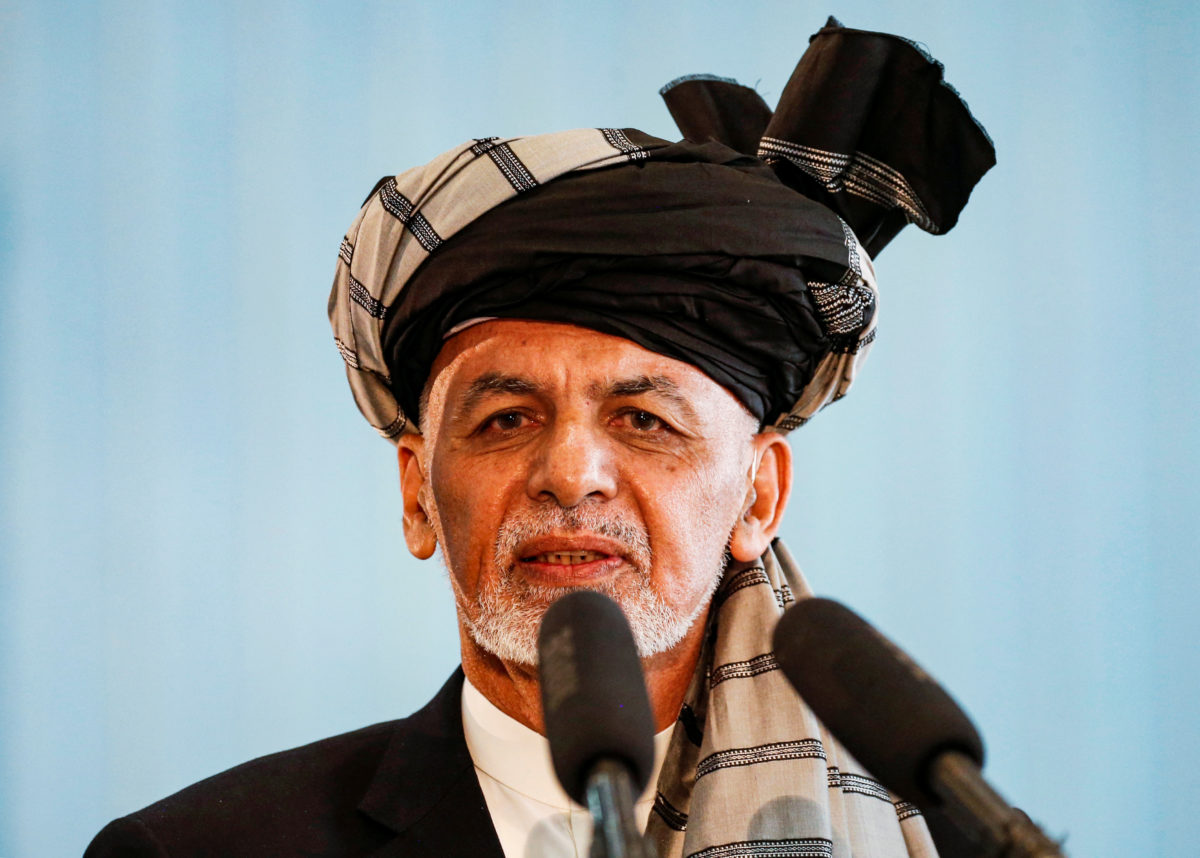 Polls opened at 7 a.m. local time and closed at 5 p.m. after the Independent Election Commission (IEC) extended polling by one hour.

Preliminary results won’t be out until Oct. 17, with a final vote count on Nov. 7. If no candidate wins 51 percent of the vote, a second round will be held between the two leading candidates.

Voter Hajji Faqir Bohman, who was speaking on behalf of disgruntled voters at the Taimani polling center, said the polling was so disorganized and flawed that even if his candidate wins “I will never believe that it was a fair election.”

The leading contenders are incumbent President Ashraf Ghani and his partner in the five-year-old unity government, Abdullah Abdullah, who already alleges power abuse by his opponent. Cameras crowded both men as they cast their vote earlier in Kabul, with Ghani telling voters they too had a responsibility to call out instances of fraud.

A young woman, Shabnam Rezayee, was attacked by an election worker after insisting on seeing the voter’s list when she was told her name was not on the list. Rezayee said the worker hurled abuses at her, directing her insults at her ethnicity. She then punched and scratched her.

When it ended and the attacker left, Rezayee found her name on the list and voted. “I am very strong,” she said.

In Kabul, turnout was sporadic and in the morning hours it was rare to see a crowded polling center. Afghans who had patiently lined up before the voting centers were opened, entered in some locations to find that election officials had yet to arrive by opening time.

Imam Baksh, who works as a security guard, said he wasn’t worried about his safety as he stood waiting to mark his ballot, wondering whom he would vote for.

“All of them have been so disappointing for our country,” he said.

The government’s push to hold the vote was in itself controversial. In an interview with The Associated Press last week, former Afghan president Hamid Karzai, who still wields heavy influence, warned that the vote could be destabilizing for the country at a time of deep political uncertainty and hinder restarting the peace process with the Taliban.

On Saturday, one of the first reports of violence came from southern Afghanistan, the former spiritual heartland of the Taliban. A bomb attack on a local mosque where a polling station was located wounded 15 people, a doctor at the main hospital in the city of Kandahar said. He spoke on condition of anonymity because he wasn’t authorized to speak with the media.

The wounded included a police officer and several election officials, along with voters. Three were in critical condition.

In northern Kunduz, where Taliban have previously threatened the city — even briefly taking control of some areas — insurgents fired mortar rounds into the municipality and attacked Afghan security forces on its outskirts, said Ghulam Rabani Rabani, a council member for the province.

Rabani said the attacks are to “frighten people and force them to stay in their homes and not participate in the election.”

He said ongoing fighting has wounded as many as 40 people. 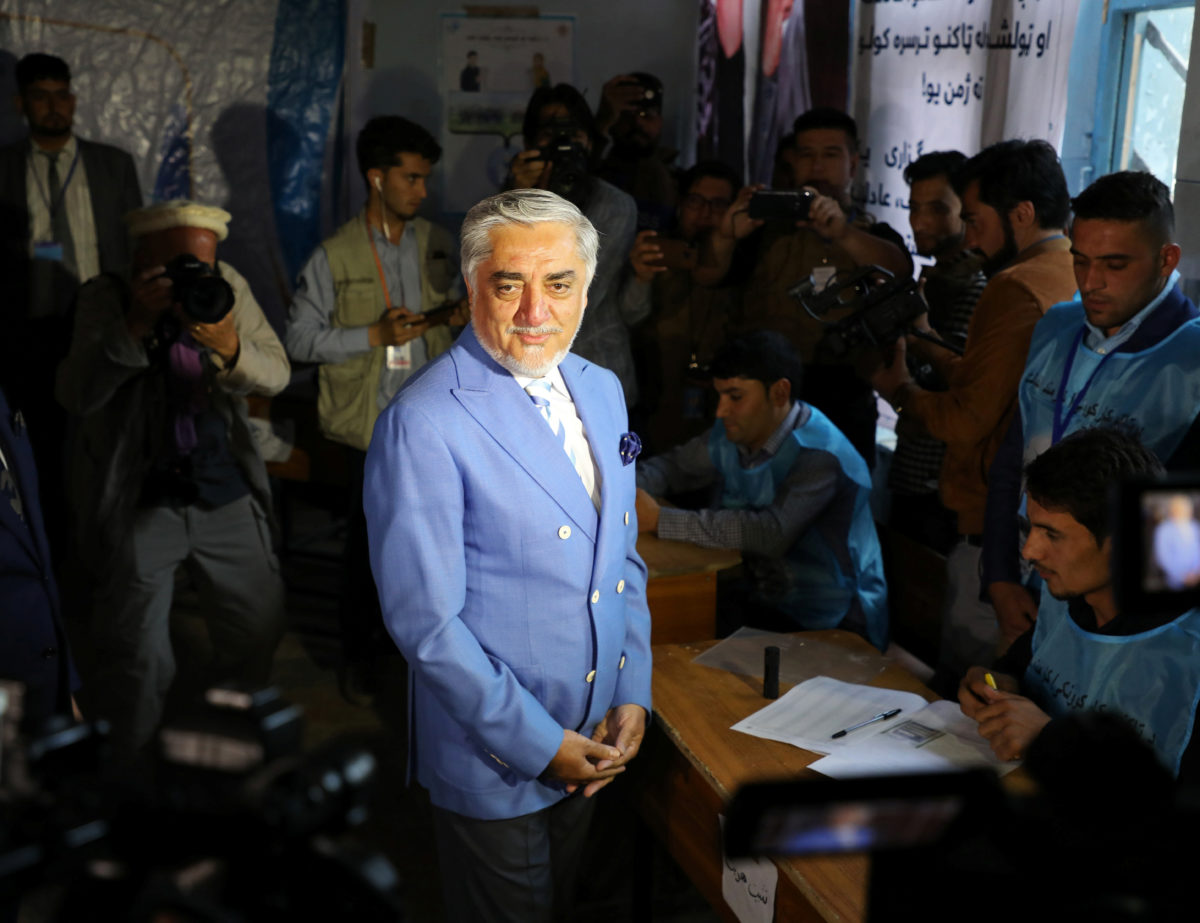 Tens of thousands of police, intelligence officials and Afghan National Army personnel were deployed throughout the country to protect the 4,942 election centers. Authorities said 431 polling centers will stay closed because it was impossible to guarantee their security since they were either in areas under Taliban control or where insurgents could threaten nearby villages.

At one polling station in Kabul’s well-to-do Shahr-e-Now neighborhood, election workers struggled with biometric machines as well as finding names on voters’ lists.

Ahmad Shah, 32, cast his vote, but said the election worker forgot to ink his finger — which is mandatory to prevent multiple voting by the same person.

“What sort of system is this?” he asked, frustrated that he had risked his safety to vote and expressed fear that fraud will mar the election results. “It’s a mess.”

“It is the only way to show the Taliban we are not afraid of them,” he said, though he too worried at the apparent glitches in the process.

In Kabul traffic was light, with police and the army scattered throughout the city, stopping cars and looking for anything out of the ordinary. Larger vehicles were not being allowed into the capital on Saturday, which is normally a working day but for the elections was declared a holiday.

Campaigning for Saturday’s elections was subdued and went into high gear barely two weeks ahead of the polls as most of the 18 presidential candidates expected a deal between the United States and the Taliban to delay the vote. But on Sept. 7, President Donald Trump declared a deal that seemed imminent dead after violent attacks in Kabul killed 12 people, including two U.S.-led coalition soldiers, one of whom was American.

While many of the presidential candidates withdrew from the election, none formally did so, leaving all 18 candidates on the ballot.

Elections in Afghanistan are notoriously flawed and in the last presidential polls in 2014, allegations of widespread corruption were so massive that the United States intervened to prevent violence. No winner was declared and the U.S. cobbled together the unity government in which Ghani and Abdullah shared equal power — Ghani as president and Abdullah as chief executive, a newly created position.

Constant bickering and infighting within the government frustrated attempts to bring in substantive legislation as security, which has been tenuous, continued to deteriorate, frustrating Afghans and causing many to flee as refugees.

Neighboring Pakistan, routinely accused of aiding insurgents, said it was re-opening its borders with Afghanistan after receiving a request from the Afghan defense minister to allow Afghans to return home to vote. Pakistan had announced the border would be closed Saturday and Sunday.

Left: An Afghan man casts his vote at a polling station in Kabul, Afghanistan September 28, 2019. Photo by Omar Sobhani/Reuters.