When the Iranian government imprisoned American journalist Jason Rezaian on bogus charges in 2014, he wasn’t thinking about how captivity might affect his credit rating.

But he was forced to think about it when he returned to the United States after 544 days in Tehran’s notorious Evin prison. Because of some credit cards on autopay settings that expired after Rezaian got hauled off by the Iran Revolutionary Guard Corps on false espionage charges, he came home to a downgraded credit report.

“It is a huge pain in the butt to be taken hostage. And one of the unexpected pains of the butt is that it doesn’t end when you come home,” Rezaian said in an interview with the PBS NewsHour.

The IRS was also after him, looking for unpaid back taxes from his time being held in Iran. It took Rezaian more than two years to find someone at the IRS who could help expunge his records from that period – longer than his entire prison term. “The IRS doesn’t have a box that you can check on your 1099 that says ‘hostage exemption,’” Rezaian said.

Ultimately, Rezaian was able to resolve all of the hits to his financial footprint. He expressed gratitude to the IRS officials who finally helped him, but said the ordeal had an impact on his psychological well-being.

Rezaian isn’t alone. It’s common for U.S. captives to return home to find they have a damaged financial reputation and no clear path to restore it, according to a new report from the James W. Foley Legacy Foundation, the group named after the journalist who was kidnapped and murdered in Syria in 2014.

It’s common for U.S. captives to return home to find they have a damaged financial reputation and no clear path to restore it.

Of course, bad credit is an afterthought when compared to the realities of being held hostage — where murder and serious illness are real threats. The report shed light on an oft-ignored additional set of considerations for hostages after they have been released, complicating their ability to adjust back to normal life.

The report interviewed 27 people connected with hostage cases, including six former captives. They all cited great improvement in the U.S. government’s handling of hostage cases since 2015, when the Obama administration overhauled federal policy to better support hostages and their families. But many respondents said that even after the overhaul, former captives were still struggling with bureaucratic red tape.

“Some former hostages reported having bad credit due to missed payments on taxes, credit cards, and other bills, as well as defaulting on loans—all of which occurred while they were held against their will,” the report’s author, Cynthia Loertscher, wrote. “Not knowing how to navigate these financial issues was an experience that was widely reported among former hostages and family.”

Rachel Briggs, the founder of Hostage US, another organization that provides support to captives, said she had spoken with a former hostage who had one student loan payment bounce while she was in captivity. The bounced payment put such a dent in her credit rating that she could not rent an apartment when she returned, Briggs said.

“Somebody coming back from 18 months, two years of captivity, barely has the ability to concentrate, let alone deal with large bureaucracy and particularly when it’s taxation issues,” Briggs said. 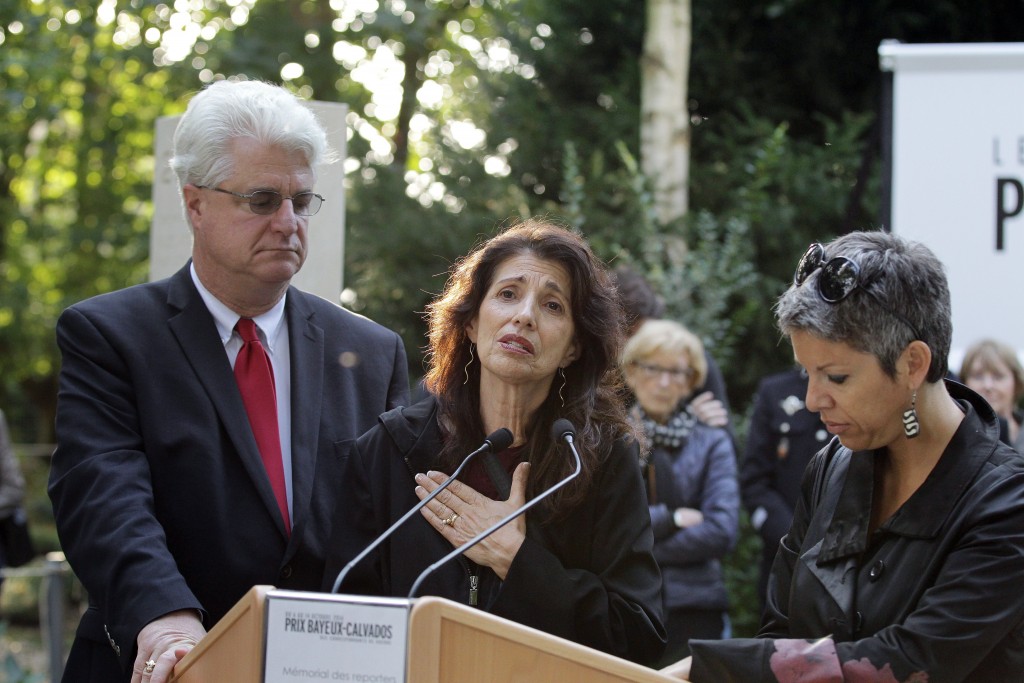 Part of the problem stems from the legal distinction between hostages of non-state actors and people illegally detained by foreign governments. Briggs and others said the U.S. government has a wider array of consequences to consider in hostage situations when dealing with foreign counterparts, who may have targeted an American, and taken them into captivity, as a means of getting diplomatic concessions.

An IRS spokesman noted that the State Department periodically provides the IRS with a list of people identified as hostages taken in a terrorist act for whom the IRS should suspend collection activity. But no such list exists for detainees being held illegally in foreign countries, Briggs said.

The government also does not pay ransoms to terrorist groups, although its policy towards families of hostages doing so changed after the Obama-era review. Before then, some families, including Foley’s, were threatened with prosecution for raising ransom money. After the 2015 overhaul, the Department of Justice released a statement making clear that it has never prosecuted someone for paying a ransom. The Foley Foundation and Hostage US both want to see even more clarity on related concerns like whether immunity from prosecution might extend to donors who contributed to the ransom fund.

In a statement, a State Department spokesperson wrote, “the U.S. Department of State has no greater priority than the safety and security of Americans overseas. The Bureau of Consular Affairs works closely with the Office of the Special Presidential Envoy for Hostage Affairs and the entire U.S. government to serve and protect Americans overseas and to resolve cases of hostage taking.”

The spokesperson added, “we also regularly provide consular assistance to both incarcerated and wrongfully detained American citizens across the globe.” The official noted that the agency works to ensure that Americans receive a fair legal process, and also seeks to visit hostages in prison, and facilitate communications with their families. For Americans who are wrongfully detained overseas, “we work tirelessly for their release,” the spokesperson said.

Briggs said that hostages and detainees in state-run prisons or other facilities abroad sustain the same physical and psychological scars. “Whether it’s Evin Prison in Tehran or a boat off the coast of Somalia, the experiences of recovery are pretty much identical,” Briggs said.

In its report, the Foley Foundation recommended that the U.S. government build on the Obama administration’s reforms to address what the study called the growing phenomenon of “hostage diplomacy.”

“In the light of the increase in ‘unlawful’ or ‘wrongful’ detentions and the potential for the death and torture of U.S. nationals detained abroad, [the government should] examine ways that it can ‘do better’ for these detainees and their families,” the report said.

Diane Foley, the mother of the late James Foley, and Jason Rezaian both praised the Trump administration for prioritizing the return of American hostages. While many remain in captivity around the world, the administration has secured, for example, the release of three Americans in North Korea, pastor Andrew Brunson in Turkey, and Egyptian-American aid worker Aya Hijazi from Egypt.

But Rezaian said the government should also make it easier for them to transition back to pre-detention life without having to worry about financial obstacles.

“It’s nobody’s fault in particular,” Rezaian said. “But everybody has to get together and look at these cases in a much more holistic way and say, ‘What can we do? These people are home now. How do we give them the best chance at survival?’”

Left: The American journalist Jason Rezaian, center, pictured leaving a German hospital after his release from detention in Iran in 2016. Rezaian and other former captives and detainees have encountered issues with unpaid taxes and bad credit scores after returning home to the U.S. File Photo by Kai Pfaffenbach/Reuters